The Democratic challenger to Gov. Andrew Cuomo says it's time to legalize it. 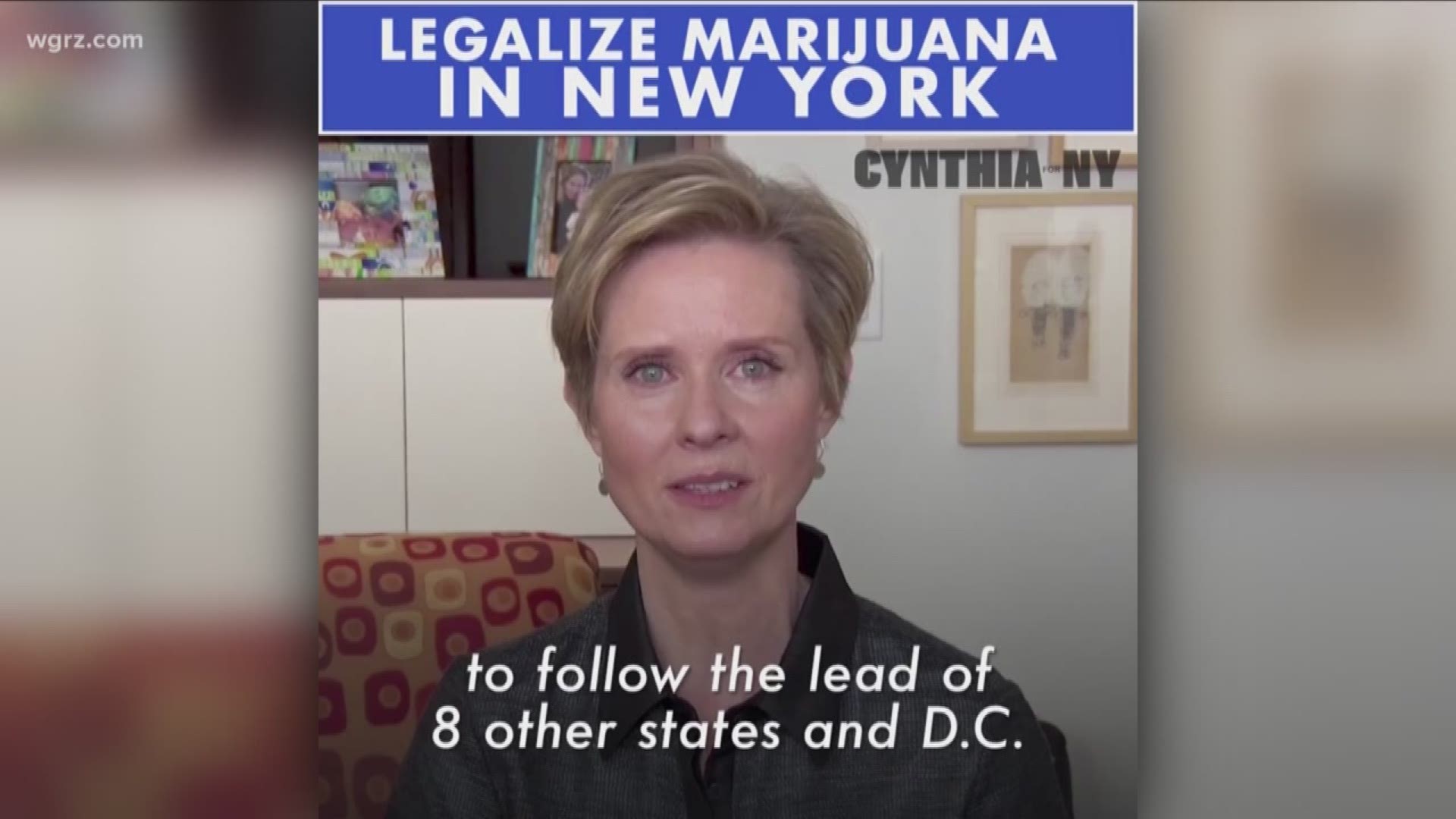 The Democratic challenger to Gov. Andrew Cuomo issued a video Wednesday laying out her position on the drug, saying the state's marijuana laws have disproportionately punished people of color and should be changed.

You can watch the video below:

Nixon, the Sex and the City star, said legalizing marijuana could inject "hundreds of millions of dollars of tax revenue" into the state's coffers.

She is hoping to challenge Cuomo in a Democratic primary Sept. 13.

"There are a lot of good reasons for legalizing marijuana, but for me, it comes down to this: we have to stop putting people of color in jail for something that white people do with impunity," she said in the 96-second video.

At least eight states and Washington D.C. have legalized marijuana for recreational consumption, according to the National Conference of State Legislatures.

New York, meanwhile, has a medical-marijuana program, though it is one of the most restrictive in the country.

New York lawmakers approve $168B budget in middle of the night

Cuomo has long taken a cautious stance on marijuana, calling it a "gateway drug" as recently as 2017.

But in January, Cuomo proposed a study of whether it's plausible to allow recreational marijuana in

New York after neighboring states Vermont and Massachusetts legalized it.

"This is an important topic, it is a hotly debated topic — pardon the pun — and it would be nice to have some facts in the middle of the debate once in a while," Cuomo said during his January budget address.

The state Department of Health is now moving forward with the marijuana study now that a $168 billion state budget was put in place last month.

In a statement last week, agency spokeswoman Jill Montag said the members of a committee to oversee the study will be announced later this month.

"The Department is partnering with other state agencies to assess the health, economic and criminal justice impact, and to explore the impact on New York of legalization in surrounding states," she said.

"The Department is working to gather all relevant information by the fall."

In her video, Nixon said marijuana would already be legal in New York if "there was more political courage coming out of Albany."