Cuomo has been dogged by media outlets and his gubernatorial opponents over his refusal so far to agree to a debate prior to the Nov. 6 election. 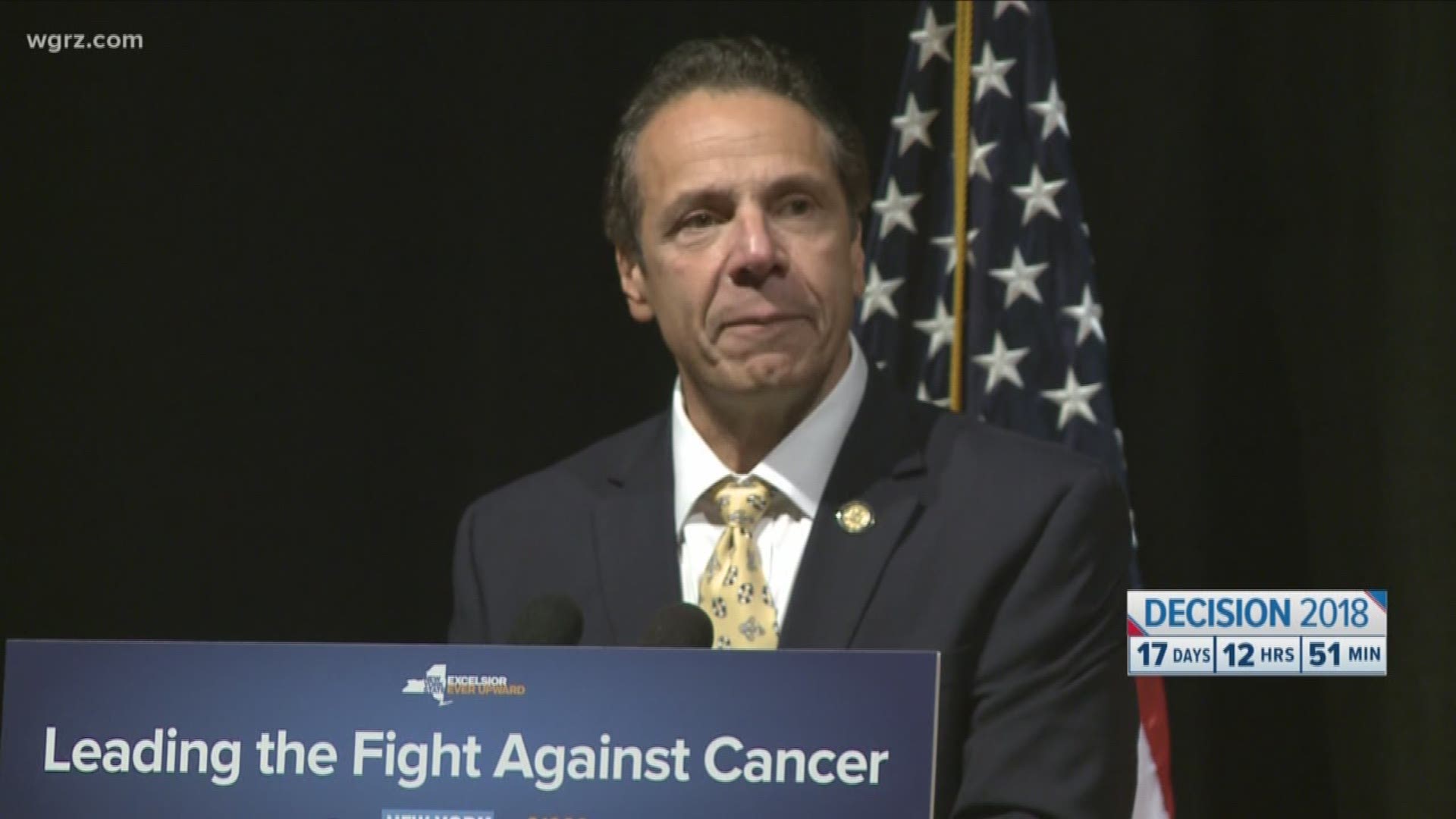 Cuomo has been dogged by media outlets and his gubernatorial opponents over his refusal so far to agree to a debate prior to the Nov. 6 election.

So when he was pressed on WCBS radio Friday morning about the lack of a debate, the Democratic governor ultimately agreed to come back on the radio show 24 hours later and debate Molinaro, the Dutchess County executive.

"I have no problem fighting against the forces of hate. I don’t. I don’t think it’s an especially constructive dialogue," Cuomo explained.

"I believe it fuels the ugliness that is politics, but I am here. You want to call me tomorrow, I’ll be here.

Afterwards, Molinaro called into the radio station and blasted Cuomo's impromptu proposal, calling it "a staged fraud on the taxpayers of New York."

"On what planet does the incumbent governor get to dictate that voters come crawling to him at 8 o’clock on a Saturday morning with no notice?" Molinaro said.

"He has agreed to debate. Let’s do it at a time when voters can hear it, where people have notice, where they understand that they are going to listen to their radios."

Molinaro added that any debate should be televised. He proposed a debate next week on television statewide, adding that Saturday morning is also the Jewish Shabbat.

"Any debate must be accessible to all New Yorkers. It would be a disservice to citizens and democracy to have a gubernatorial election without at least one televised debate featuring all candidates," said Stephanie Miner, the former Syracuse mayor running for governor on the Serve America Movement.

But Green Party candidate Howie Hawkins said he would be there if asked.

"I don't need any time to prepare to debate Cuomo. Please give me a call to arrange for my participation," Hawkins wrote on Twitter.

The New York Post over the past two days on its front page has run an image of Cuomo in a chicken suit for not debating.

"Mr. Molinaro has refused the WCBS invitation on the theory that listeners need time to schedule listening to the debate. It is an absurd excuse," Lever said.

She added, "If the New York Post had any objectivity, we would see Mr. Molinaro in a chicken suit tomorrow."