Carl Paladino talks with 2 On Your Side

Buffalo developer and former Buffalo School board member Carl Paladino sat down with 2 On Your Side's Scott Levin to discuss a wide array of topics, including his recent removal from the school board, his remarks about First Lady Michelle Obama and his future in politics. 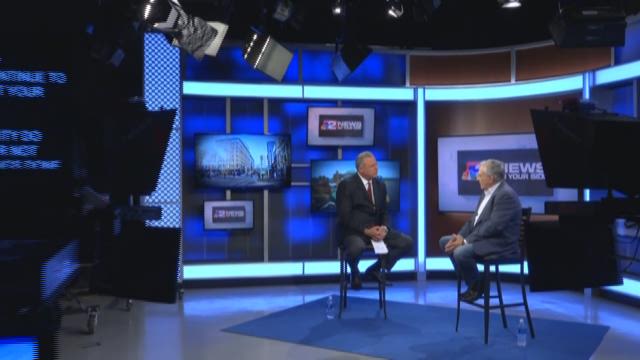 BUFFALO, N.Y. – Buffalo developer and former Buffalo School board member Carl Paladino sat down with 2 On Your Side's Scott Levin to discuss a wide array of topics, ranging from his recent removal from the school board to his current political aspirations. Here is some of their conversation:

SCOTT: Let me ask you first and foremost. What is going through your mind now, as your replacement on the Buffalo School Board is being sworn in?

CARL: Well, I was hoping to save the people of this city the bother of having another person go in and take that seat when I brought an action for a temporary restraining order the other day. Obviously I do not respect the ruling that came down from the commissioner. I thought she far exceeded her discretion, and most importantly, I felt that she failed to recognize what the real problem was here. Yes, I did speak about a particular executive session that was held in October 2016, and that discussion that took place in that meeting was basically Kriner Cash the Superintendent coming back to the Board and asking them for further authorization of another $10 million that he said he needed to close a deal with Phil Rumore on the teachers' contract.

SCOTT: Will you continue to fight this? I know you are appealing.

CARL: Oh yeah. Yogi Berra said, "It's not over til its over," obviously.

SCOTT: Carl, do you think you blew your opportunity to make the changes that you wanted for the students?

CARL: No, I think what happened here was perfect. I could not have done it better intentionally myself. I got to expose an illegal contract that was made between a majority of the Board who were paid off by the union and the union...I mean, that contract is as bad as it can possibly be.

SCOTT: Do you think executive session is being abused by the members?

CARL: You cannot use executive session rule to deny the public the right to know that their is an illegality going on in their school system.

SCOTT: Why did you say those racist things about Michelle Obama?

SCOTT: So you were angry?

CARL: Michelle Obama had made a comment that there is no hope for America because she and her husband were leaving office; that aggravated the hell out of me.The great majority of this country doesn't think this is racist because "racist" is used as a default because they can't give you any other creative or constructive response. I wrote those things for two or three people in my office, but I hit reply instead of forward.

SCOTT: But they often say character is revealed when no one is looking.

CARL: I accept responsibility for my remarks, and to those that were injured by them, I apologize, and I do that sincerely, but beyond that, no.

SCOTT: Is Carl Paladino a bully, or are you just misunderstood?

SCOTT: Will you run for Governor again?

CARL: I'm thinking about it, we'll do some polling in the next couple of months.

SCOTT: Back in 2005 you left the Democratic Party. What happened: Did the party leave you, or did you leave the party?

CARL: I was a Democrat because I lived in the city, and your vote really meant nothing unless you were a Democrat. I was upset with our politicians because I just thought they were phony from the word "go."