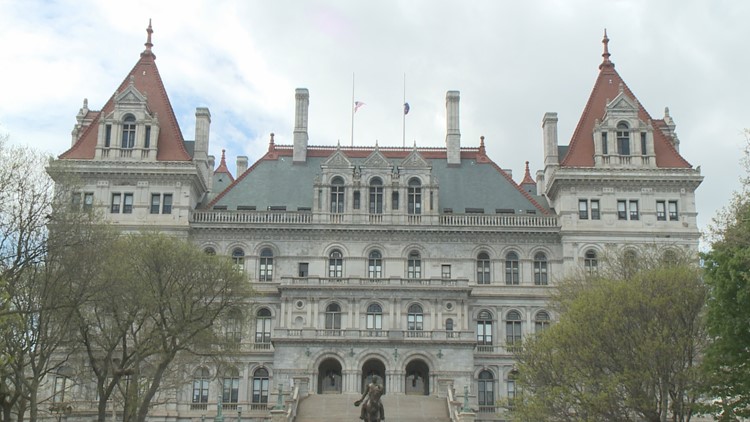 The Democrat weighed in on prisoner wages while defending against criticisms of his plan to require motorists to replace their license plates every 10 years, at a cost of $25.

Meanwhile, dozens of New York state troopers are on standby to help as Florida residents brace for Hurricane Dorian.

Here's a look at stories making the news:

Cuomo signaled his support for increasing prisoner wages on Tuesday as he pushed back against critics of the license plate plan.

"I would support a wage increase for prisoners who work in our prisons," Cuomo said.

A bill that failed to clear the state Legislature this year would raise the minimum wage for prisoners to $3 an hour. A 2017 report from the Prison Policy Initiative found that New York prisoners can get paid as low as 10 cents per hour.

In an op-ed published in the Daily News, State Sen. Zellnor Myrie, a sponsor of the bill to raise prisoner wages, drew attention to the topic in light of the controversy brought by the governor's new license plate plan. He described prisoner pay as "sub-sweatshop wages."

"The wage disparity remains the same across the board: State law allows these workers to be severely underpaid because they are incarcerated, all but helping ensure that they will be consigned to poverty if and when they manage to get out of prison," he wrote.

Republicans and some Democrats have complained about the Cuomo administration plan to require old license plates to be replaced once a decade.

The problem the state is trying to solve is that plates can deteriorate over time, to the point where some can't be read by cameras on new cashless tolling systems.

The administration's plan called for the plate-replacement program to begin on April 1, and apply even to plates that were still in good condition despite their age.

State Department of Motor Vehicles Commissioner Mark Schroeder held out the possibility of a change to that plan Thursday, saying state officials were willing to work with legislators if they had a different idea for the program.

Florida residents on Friday waited as Hurricane Dorian, which had the potential to be the most powerful storm to hit the state's east coast in nearly 30 years, closed in on the U.S. mainland.

Cuomo announced Friday that 100 New York state troopers and 50 fire protection specialists are on standby to be deployed as needed.

"New Yorkers know firsthand the destruction that can be caused by extreme weather, and we will always step up to help our fellow states during difficult times," he said in a statement.