From upstate to downstate: Can Kathy Hochul reach voters who don't know her?

A Marist poll shows 64% of New Yorkers have never heard of the current lieutenant governor or are not sure how to rate her performance. 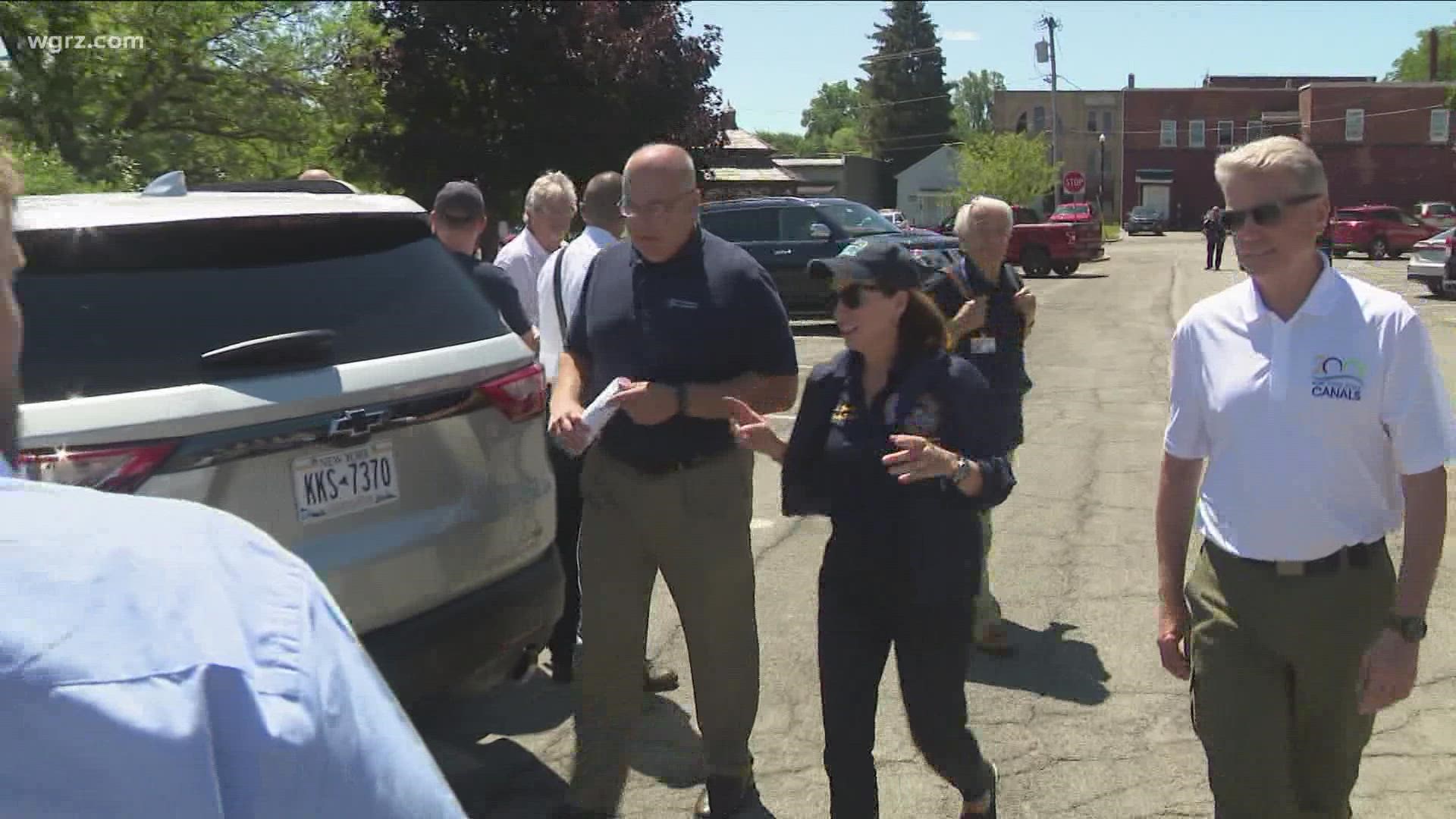 BUFFALO, N.Y. — Here in Western New York, we are very familiar with Kathy Hochul, who we have seen in the political arena since the 1990s.

But when it comes to the rest of the state, especially downstate, she may be a bit of a blank slate for some as a politician they just don't know that much about.

The woman who is soon to be our governor, and who again announced that she will definitely run for her own term next year as governor of New York, has a lot of work to do in the view of some pollsters and political analysts as she seeks statewide support to win.

On Thursday, the Marist Poll put out its survey of state residents from August 4 through August 10, which found that 64 percent of New Yorkers never heard of her or are not sure how to rate her performance. That was before her news conference Wednesday and follow-up media tour.

And for Democrats specifically, the poll indicates 55 percent don't really have an opinion on her yet.

Some political analysts feel that after visiting all the state's counties, meeting people all over, and supporting the Cuomo administration's policies as the lieutenant governor, she must work now to convince people downstate -- especially those in New York City -- that she can be their governor as well instead of just a Western New York politician.

2 On Your Side asked Dr. Stanley Feldman, a political science professor at SUNY Stony Brook, this question: Do you think there could be some people that feel she doesn't understand what it's like to be a native New York City person as opposed to somebody from Buffalo or a more rural area?

Feldman replied: "I think that's possible, I think she can get around that. I don't think that's an insurmountable obstacle. I think a good example for her to follow is Kirsten Gillibrand. When she was appointed as a senator, she was a relatively conservative upstate Democrat in Congress, and she very quickly made it clear that her policy preferences were in sync with liberal Democrats, progressive Democrats."

Dr. Feldman, who is on Long Island, says Hochul may have to convince New York City residents, for example, that she will find a fix for their mass transit issues with the MTA, which he says was a political football between Governor Andrew Cuomo and Mayor Bill de Blasio for years.

And Feldman says Hochul may have to quickly figure out her own policy ideas, which she said she will do with a "vision" speech soon.

Feldman also points out that her budget priorities could have more of a downstate focus if she hopes to fend off some of the other Democratic primary challengers next year.