In his uphill climb for a 5th term, Mayor Brown turns to South Buffalo

India Walton's campaign described the effort as 'nothing but smoke, mirrors, and pandering' as both candidates build toward November's general election. 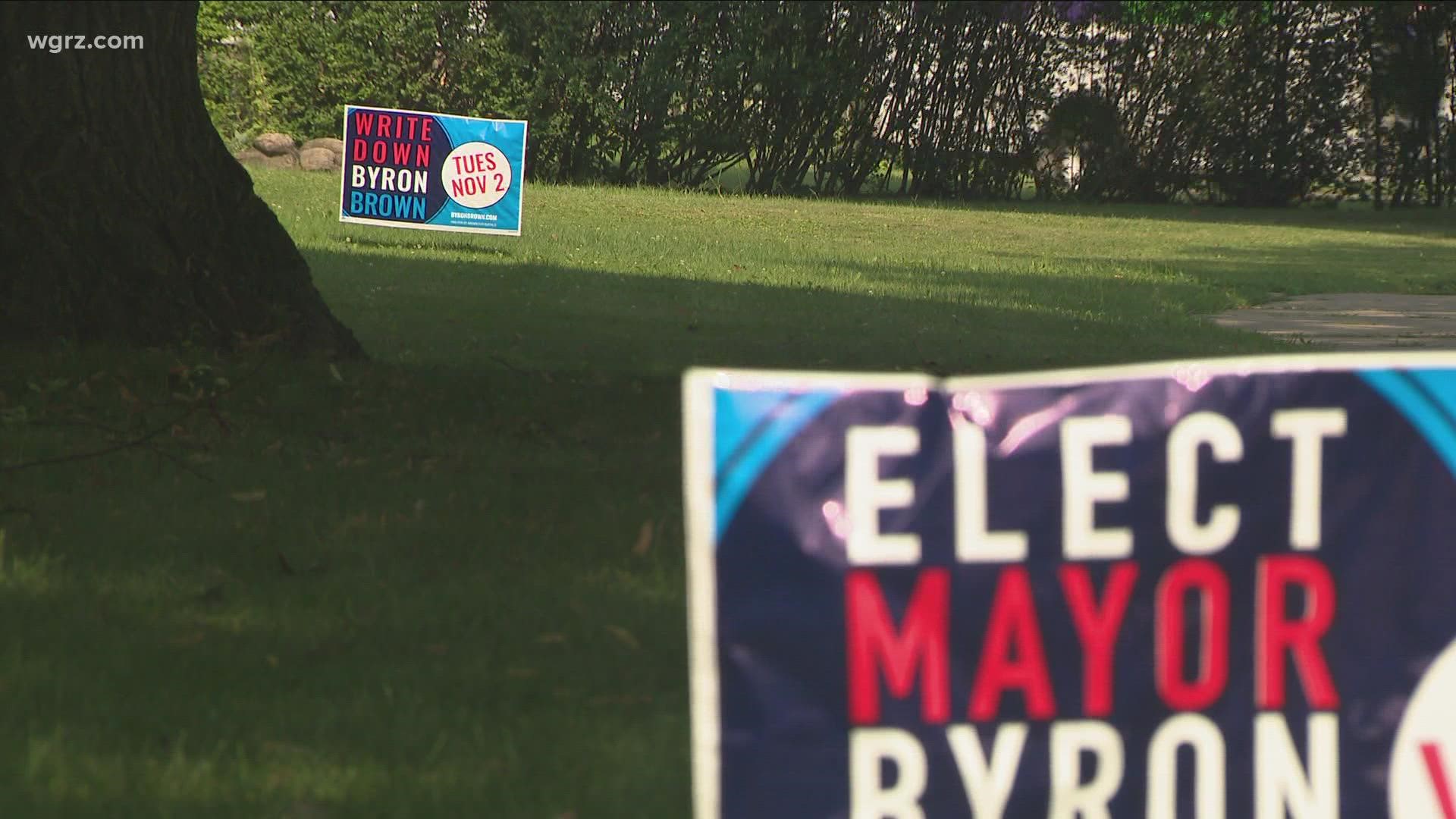 BUFFALO, N.Y. — On a sticky August evening last week, with temperatures in the upper 80s, about 40 people gathered for some volunteer work at the union hall for the Ironworkers local #6.

It was a training session for new volunteers for the Byron Brown campaign. Organizing the effort was South District Common Council Member Christopher Scanlon, “Immediately following that primary people were really motivated and decided, ‘Listen, we got to see what we can do to get the mayor re-elected.’ ”

That primary was the Democratic primary for Mayor of Buffalo. In one of the biggest political upsets in city history, newcomer India Walton upset the four-term mayor. It effectively knocked Brown off the ballot for the general election. The current mayor’s only option was to mount a write-in campaign.

To do that requires a lot more effort from a campaign, and a lot more volunteers like Linda Abernathy, who was at the gathering at the union hall.

“What motivated me is to keep Mayor Brown in the office that he has. He’s been doing a great job with our city,” she said.

“The ideology and the plans coming from the other side are not something that the people of this district, and the people that I’ve spoken to, are interested in,” Scanlan said.

There is also something else that might tip South Buffalo more in Brown’s direction, explains Investigative Post reporter Geoff Kelly.

“He’s got support there because there are a lot of city employees there, a lot of department heads, a lot of political appointees, people who may feel their jobs are on the line,” Kelly said.

But Kelly adds that he believes Brown must do well in South Buffalo and his traditional base on the city’s East Side, particularly in the Masten District, where Brown lives.

2 On Your Side reached out to the Walton campaign for comment. A spokesperson replied, "The corrupt Mr. Brown's right-wing, write-in campaign is being funded and propelled by wealthy Republican real estate tycoons, and any attempt to depict it as a grassroots groundswell is nothing but smoke, mirrors, and pandering."