Mayor Byron Brown: 'I will be a candidate for mayor, as a write-in for the November General Election'

Buffalo Mayor Byron Brown announced Monday that he will continue his campaign for mayor. 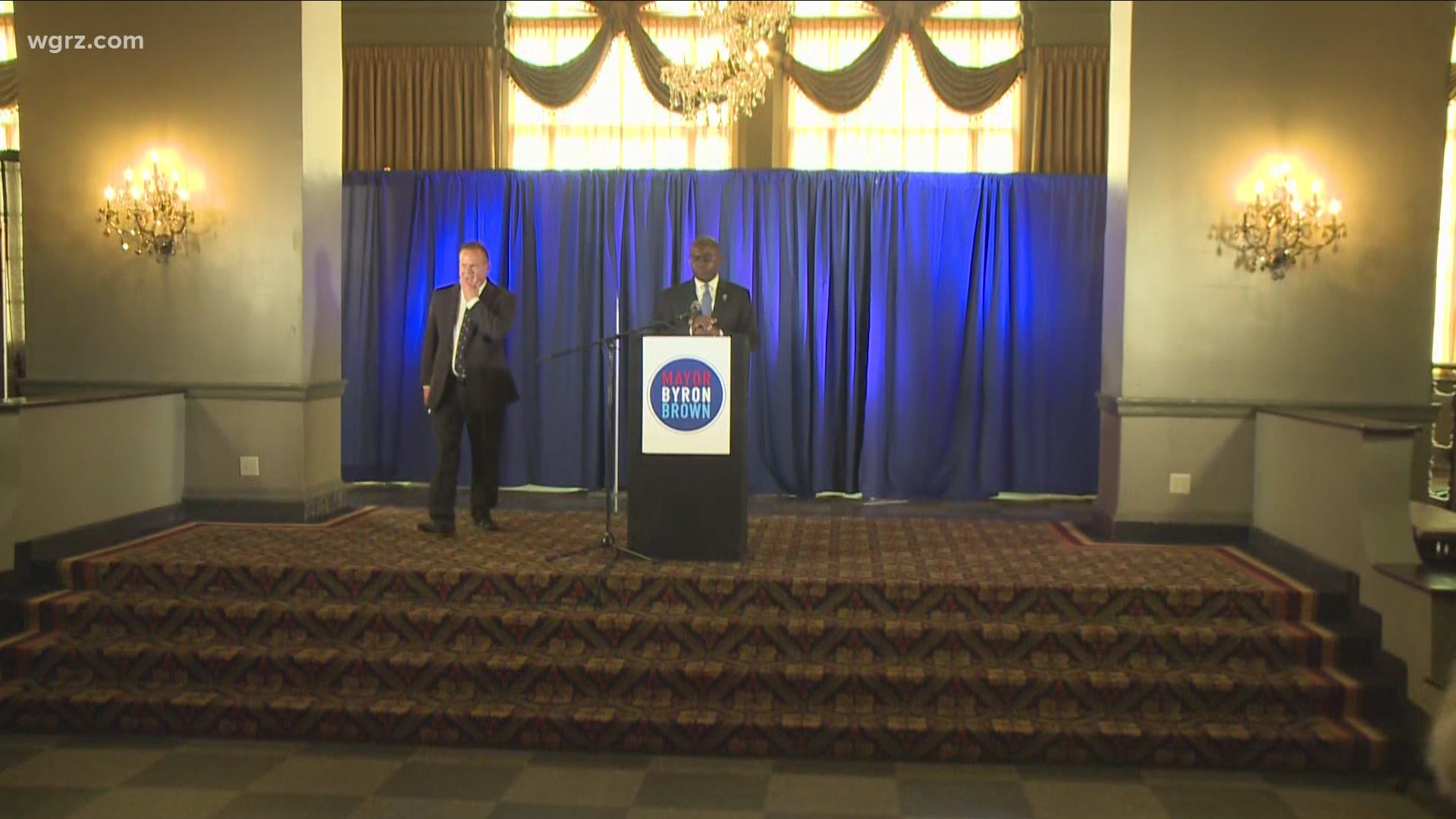 BUFFALO, N.Y. — Buffalo Mayor Byron Brown announced Monday that he will continue his campaign for mayor.

"I will be a candidate for mayor, as a write-in for the November General Election," he said during a press conference.

He was joined on stage by his wife Michelle and dozens of supporters, including former Mayor of Buffalo Anthony Masiello.

The mayor has been quiet lately following the primary election last week, where Brown lost the Democratic primary to India Walton. He answered Channel 2 reporter Steve Brown about what happened in the primary election in this way saying, "I take full responsibility. I apologize to the voters. I can't go back - I can only go forward."

Brown went on to say, "I have stayed out of the public spotlight for a few days, because I wanted to hear from the people of Buffalo, and the people of Buffalo are speaking loudly. Clearly, I have literally heard from thousands of residents of Buffalo, who have said to me, that they want me to continue my campaign for re-election as mayor of the City of Buffalo as a write-in candidate." 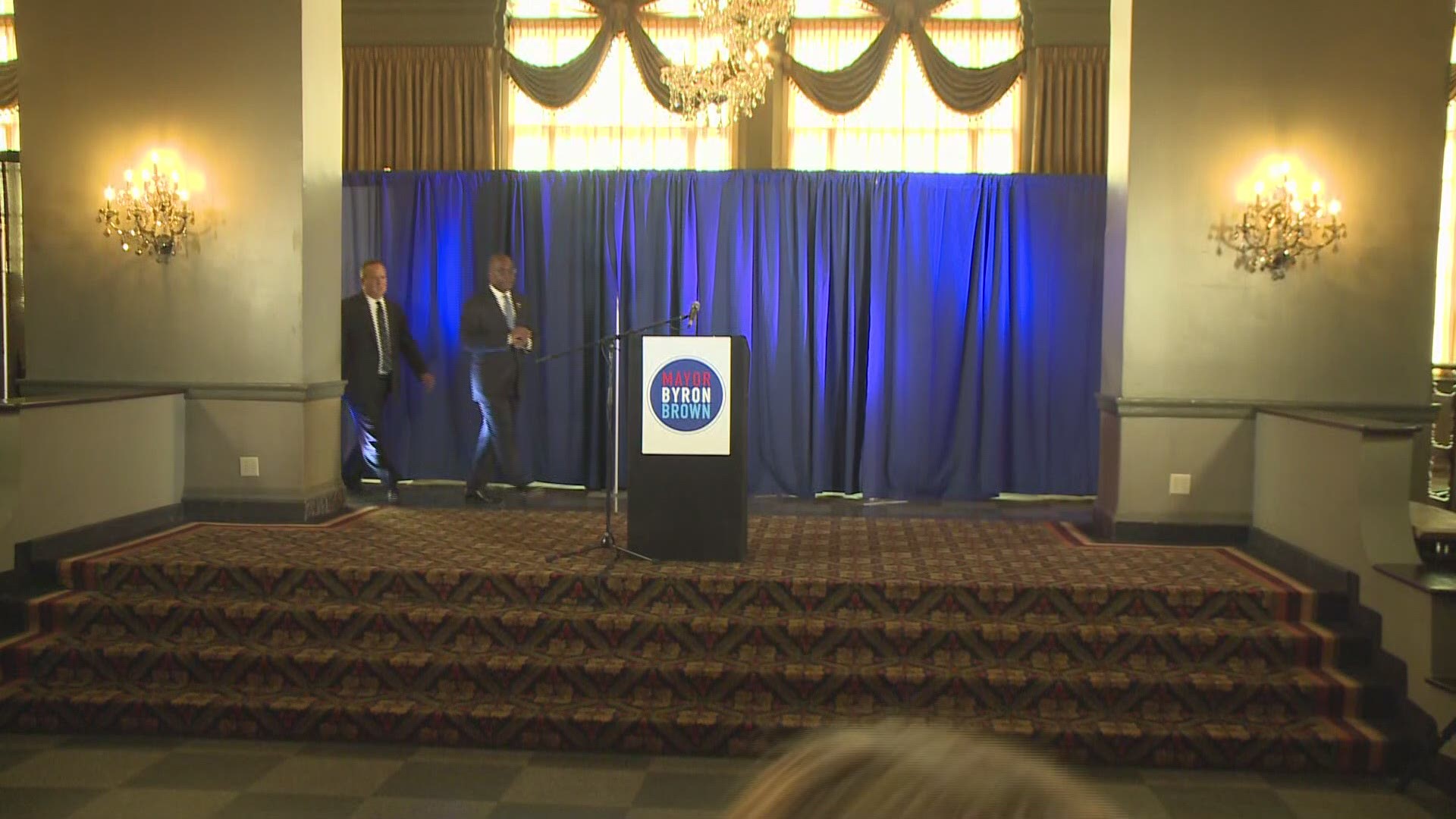 Brown says he will continue to fight for the future of this community and he plans to knock on every door and speak to everyone who will listen.

But the seemingly re-energized Brown also took the gloves off in regards to the presumptive Democratic nominee India Walton, who he refused to identify by name.

Brown told reporters that he was also running because he did not want to abandon city residents and many encouraged him to do so because of their "fear" over what could happen with the city.

He put it this way in regards to Walton, "We know the difference between socialism and democracy. We are going to fight for democracy in the city of Buffalo. The voters have said that they don't want an unqualified, inexperienced, radical socialist trying to learn on the job on the backs of the residents of this community. We will not let that happen."

Walton spoke to 2 On Your Side just moments after Brown's announcement. She said she was not surprised.

"This is the moment that we've been preparing for," Walton said. "I didn't take any days off after the primary. Our campaign team continued to work, and we are ready to mobilize. Not only our base, but spread our broader message of caring for working people, which the majority of us in Buffalo are, and bringing home the win again in November."

Walton also tried to clarify her political policies by saying, "I am a Democrat socialist. The first word in that is Democrat. My policies are Socialist policies. Many things that we enjoyed during the pandemic like our economic stimulus, like SNAP benefits for families with children, like free healthcare."

Then Walton ripped back at Brown this way, "The attacks have already come and people like Carl Paladino who have been long time supporters of the mayor we know are behind this. And I just hope that my supporters and my community will rally around me."

You can watch the full interview with India Walton below: 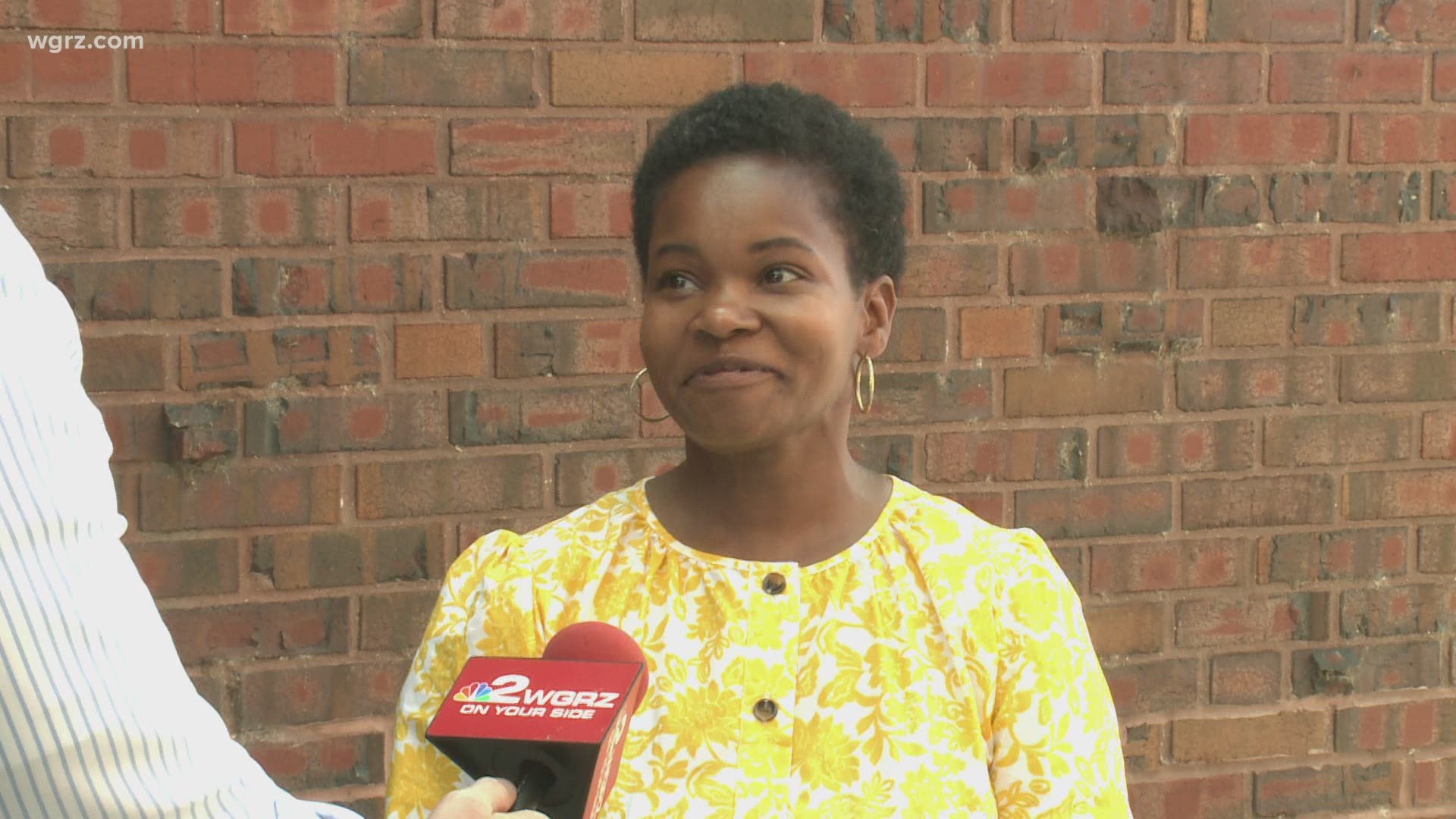