Mayor of Buffalo race: Brown and Walton both campaigning until the end

The race for mayor of Buffalo has drawn national attention. One day before election day, they are knocking on doors, calling voters, and getting endorsements 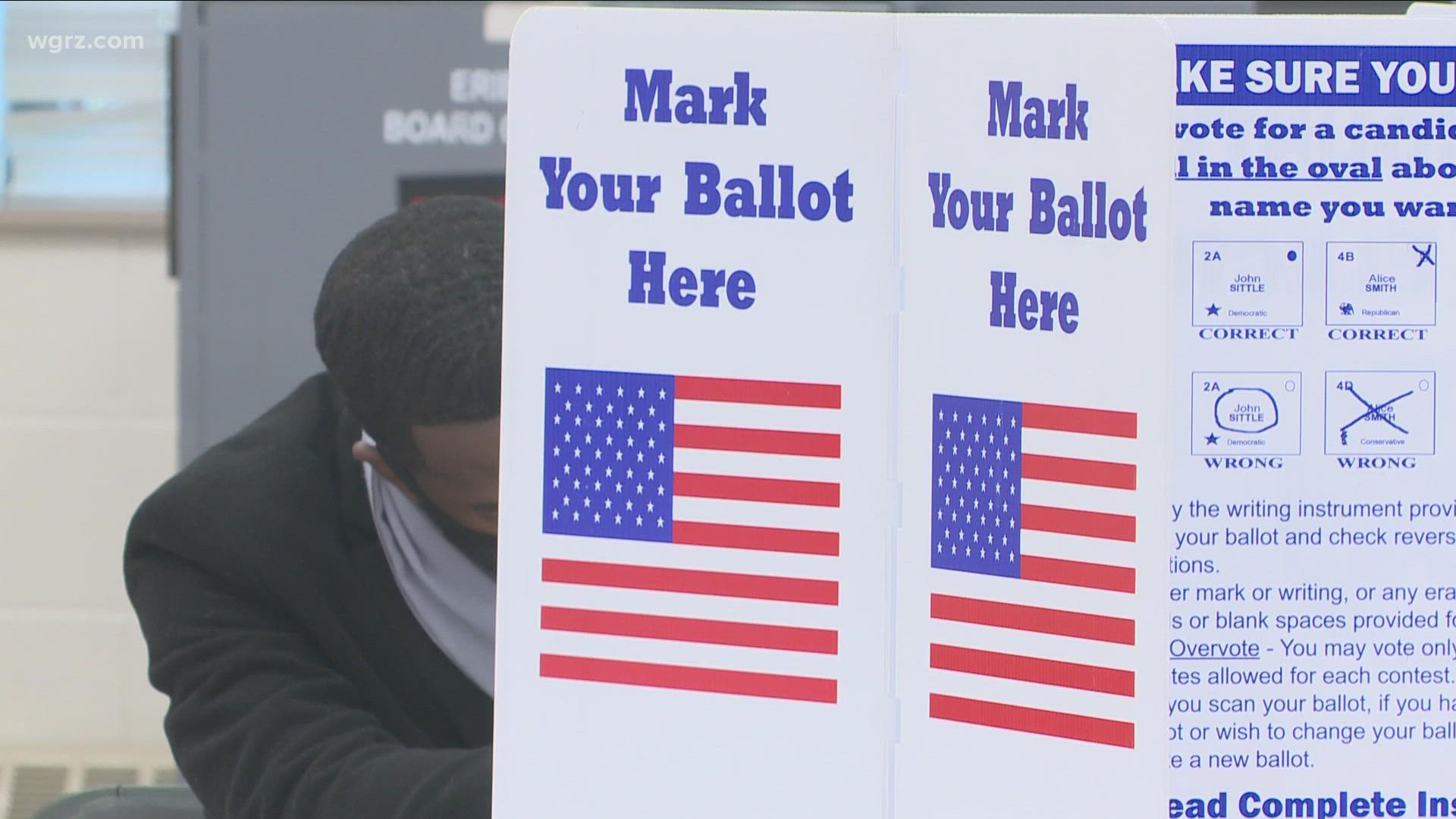 BUFFALO, N.Y. — The candidates for mayor of Buffalo are giving it their all.

"We're going to be all over the city visiting businesses," said Mayor Brown. "My wife, Michelle Brown has taped a robocall."

Tonight at 5, hear from the Mayor @MayorByronBrown and candidate @Indiawaltonbflo as they get set for election day @WGRZ Brown says it's about healing! pic.twitter.com/mtqerOAqzO

India Walton, the democratic nominee, spent part of her morning on the Jim Anderson Show on WUFO radio. Later she attended a canvass launch at Eugene V. Debs Hall on Peckham Street.

The candidates for mayor of Buffalo are hitting the pavement. Hear from @MayorByronBrown and @Indiawaltonbflo tonight 6 on Channel 2 @WGRZ pic.twitter.com/uByJ8I5gfh

Walton will spend the evening before election day "talking to voters encouraging and reassuring our volunteers and our campaign staff, spending some time with my family and really just being grounded and centered and prepared for tomorrow."'

The parents of the democratic nominee for Buffalo mayor @Indiawaltonbflo come to town to support her on election day @WGRZ pic.twitter.com/cNi1rnK1kn

The young vote will be watched closely in this race. Walton said she doesn't feel that generational divide because of support from the young and old. "It is between people who have the liberty to come out early and folks who may be a little bit reserved and hedging their bets, wondering what the results are going to be."

Mayor Brown didn't shy away from the issue.