With days to go before the beginning of the NFL 2018-19 season, sports betting won't be legal in New York State by opening kickoff. But a number of state lawmakers are looking at legal sports betting in terms of "when," not "if." 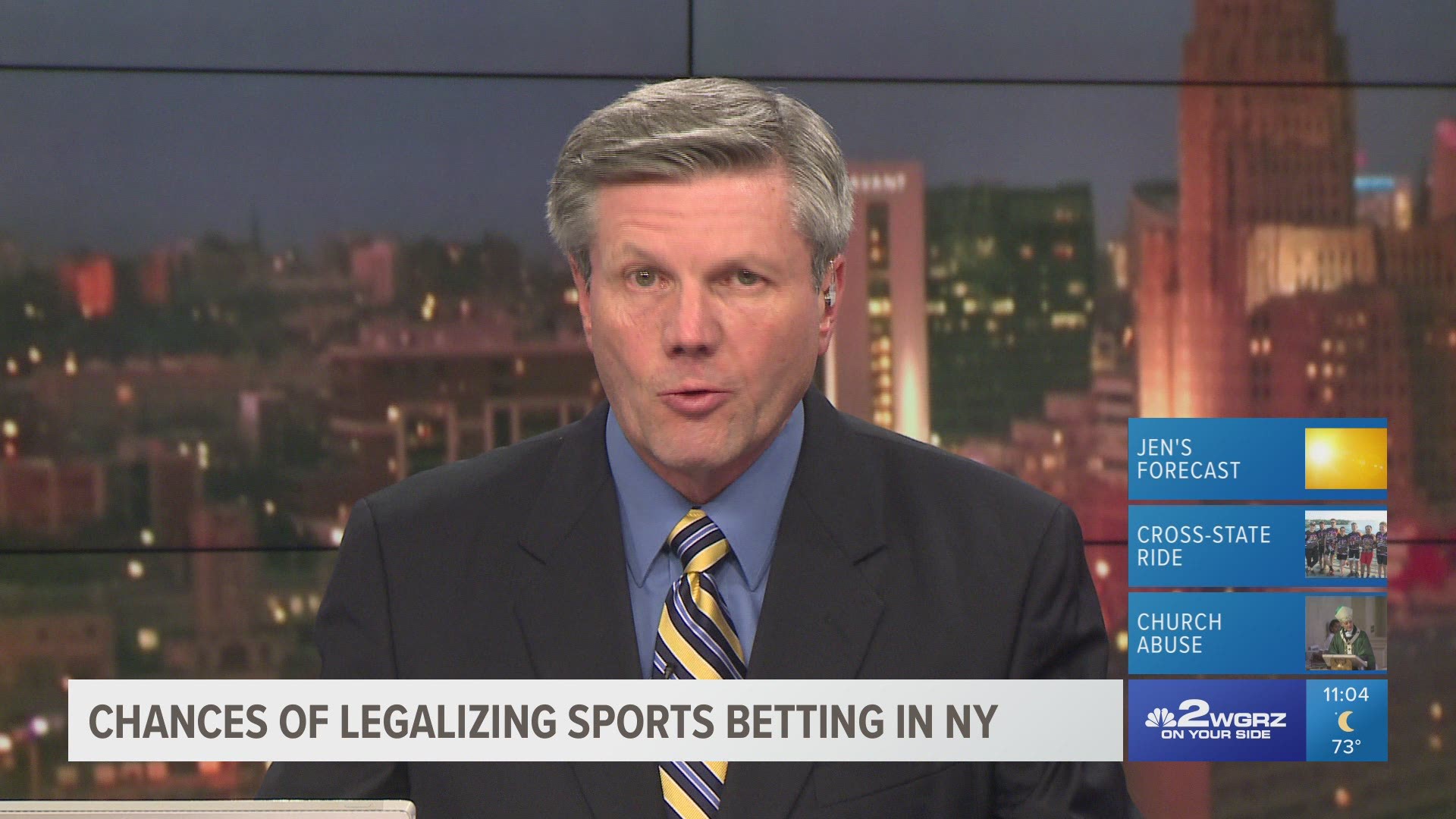 BUFFALO, N.Y. - Days have dwindled down to hours as the clock winds down to the beginning of the 2018-19 NFL season.

And after all that talk in Spring about the Supreme Court's decision to lift the federal ban on sports gambling, there's one big question left for sports betting enthusiasts in Western New York.

When can I bet on the Bills, or on any team for that matter?

The short answer is "not yet."

State lawmakers are all talking about it like a "when," not an "if."

"I support it under the right places, under the right conditions, and that's something that has to be looked at and done intelligently, so there are not abuses," said Governor Andrew Cuomo during his debate with Cynthia Nixon.

And while Nixon said she doesn't support betting on sports in general, Cuomo said he believes a plan will be in place in New York within a year.

When the 2018 legislative session ended, Senator Patrick Gallivan said there had been talks about legalizing sports betting across the state; however, due to the fact the Supreme Court decision came so close to the end of the session, they didn't have time to vote.

"I suspect when we go into the new session after the first of the year we'll take it up, and likely pass some form of legislation that would allow for sports betting across the state," Gallivan said Sunday.

Gallivan also told 2 On Your Side there may be other options a bit sooner, options that could actually take place during 2018-19 season.

"The New York State Gaming Commission, I believe, is in the process of promulgating regulations so that the new casinos would be able to conduct a sports betting operation, but that's only with the newly licensed casinos," said Gallivan, referring to the Resorts World Catskills in Sullivan County, Tioga Downs in the Southern Tier, the del Lago Resort & Casino in Seneca County, and the Rivers Casino & Resort in Schenectady.

del Lago is the closest casino to Buffalo, approximately 90 minutes away in the car.

But even if the gaming commission finalizes any of the laws they're currently working on, a 45-day waiting period is necessary before any bets can be taken.

"If any betting was to be allowed this year, it would be well into the season before it could happen," said Gallivan.