Bellavia will not run for 27th Congressional District seat

Instead, Bellavia will serve the country in a leadership position, most likely in Iraq, and not as a candidate for Congress. 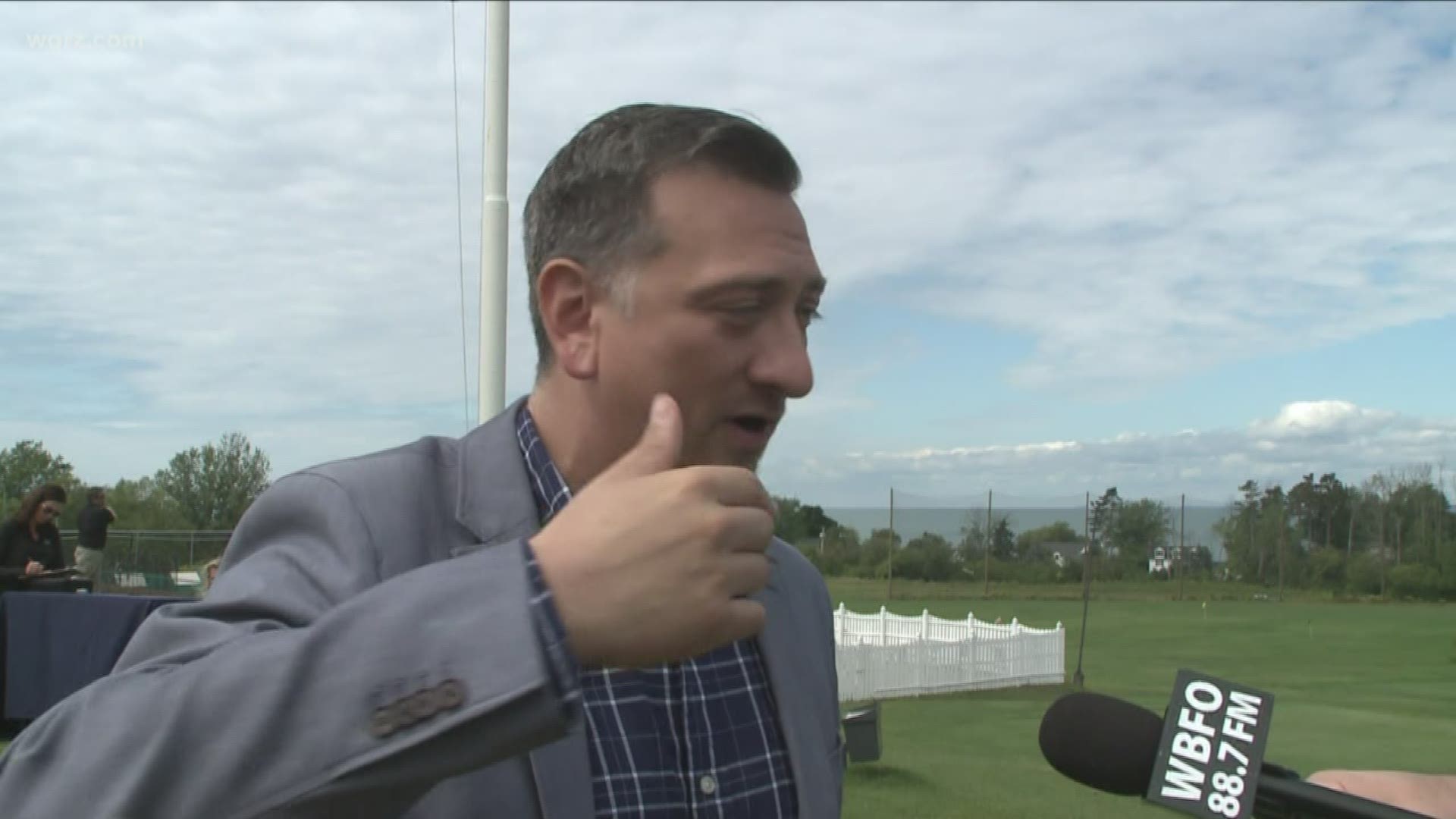 BUFFALO, N.Y. — Congressional Medal of Honor recipient David Bellavia said on Sunday that he will not run for office in the 27th Congressional District.

Instead, Bellavia will serve the country in a leadership position, most likely in Iraq, and not as a candidate for Congress.

Bellavia issued a statement on Sunday:

"I am formally announcing I will not run for Congress in the 27th District of New York in the upcoming Special Election. My service to our great community and country is unwavering, but I have a new responsibility to the U.S. Army. The Medal of Honor recognition is providing me with an incredible opportunity to serve at a level not thought possible just a few months ago. I am traveling the country, as an ambassador for Western New York, educating and influencing future soldiers and fellow citizens, as well as training and advising military leadership.

"Acting upon my long-standing and sincere desire to run for Congress at this time would require me to set aside pre-existing commitments I have made to my Army, my family, and those with whom I do business. I have carefully considered the needs and advice of party leadership and those closest to me and I am extremely thankful and forever humbled by the overwhelming support from Western New York.

In September, during an interview on WBEN, Bellavia had said he already made that decision but had not made his intentions public yet.

"This is something we've thought about for a very long time. I know exactly what my decision is," Bellavia said. "Right now, I need to talk to the chairmen and women and sit them down, hear where they're coming from, share with them, so that this decision's made internally and not publicly, and it's not a spectacle."

Earlier this month, Governor Cuomo appeared to be leaning more toward a special election in April.

"I'd like to fill it as soon as possible," he told WBFO radio. "I can't do it in this November. April is under consideration, but we're looking at a number of options now. But ideally, as soon as we can replace that seat so that Western New York has a full team."

Democrat Nate McMurray, the current Grand Island town supervisor, also announced he will be running for the seat.

Ortt issued a statement on Bellavia's decision on Sunday:

“U.S. Army SSG. David Bellavia is a national hero who will continue to serve our country in a manner that we should all be grateful for. I commend David on his decision to continue representing the Army and for his work founding the Deuce Deuce Relief Fund, and I look forward to working with him in the future to ensure that our veterans are made a priority when returning home from combat. The health and well-being of our veterans are one of the reasons I have chosen to run for Congress, and the need for battle-tested veteran leadership in Washington, D.C. is greater now than ever before.”