Final details are being hashed out by legislative leaders, and New York residents have lots of questions. 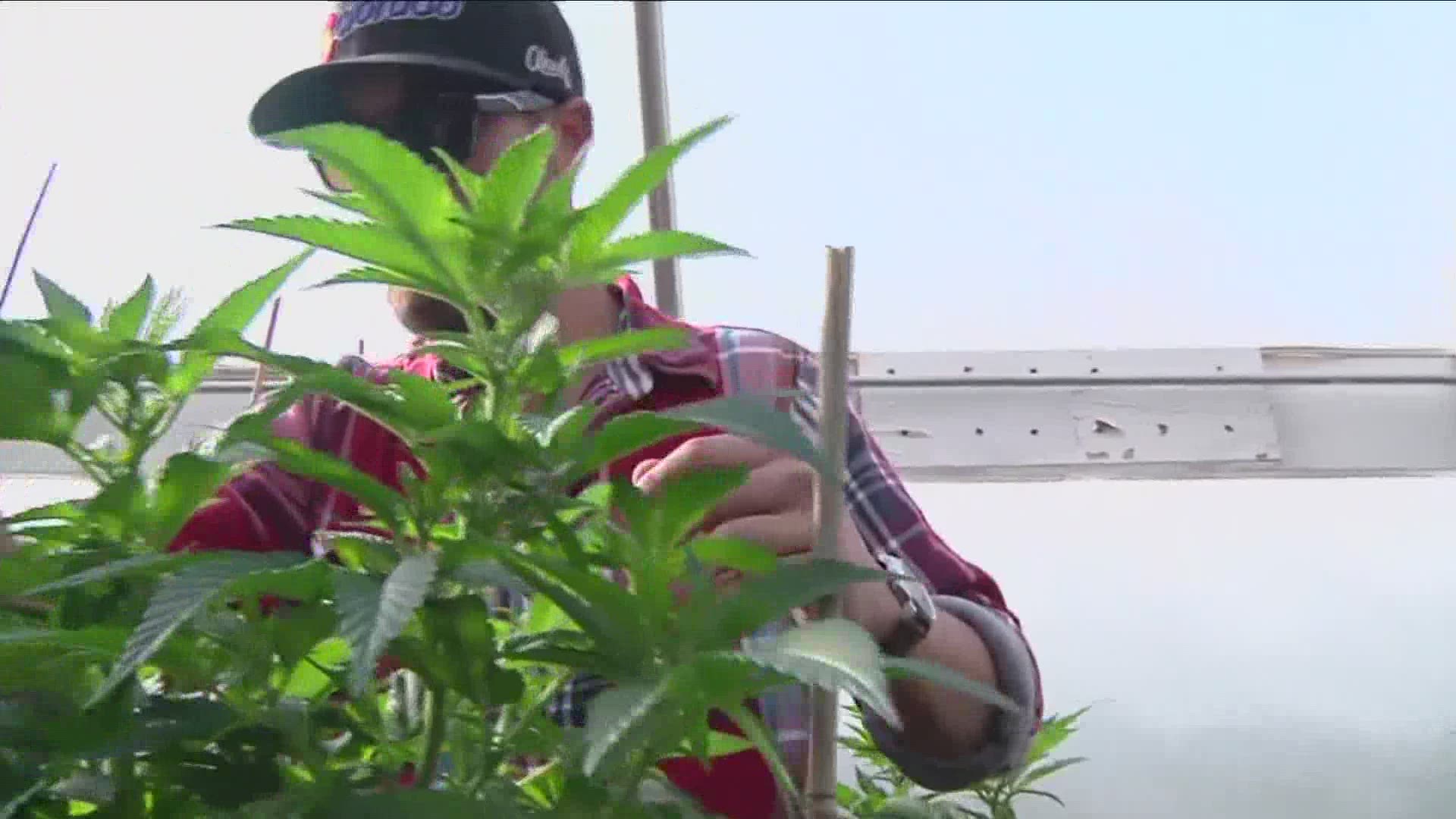 BUFFALO, N.Y. — It's now expected that legislation to legalize recreational marijuana in New York State will be voted on by lawmakers in Albany early next week.

According to NYS Assemblyman Angelo Morinello of Niagara Falls, many of the final details are being hashed out by legislative leaders.

New York’s primary motivation behind becoming the 15th state to approve the recreational use of marijuana is money.

Gov. Andrew Cuomo has made no secret of that, as part of the reason he changed his stance on the topic from what it was a few years ago, when he did not support legalizing the recreational use of pot.

The state currently faces a record deficit and stands, by its estimation, to take in roughly $350 million annually from recreational pot under a plan that would see the state collect fees from licensing growers, retailers, and consumption sites described as lounges, where you can smoke as long as alcohol is not served.

In addition, the state would impose a 13% tax on the marijuana sold through the program.

Cuomo, who previously described marijuana as a “gateway” drug in stating is opposition to legalizing its recreational use, now says that the longer New York holds out in approving recreational marijuana, the more revenue it will lose to surrounding states where its purchase is legal.

One of the most often asked questions we’ve gotten from viewers is whether you could grow your own marijuana, rather than purchase it from a state authorized dispensary.

The answer is expected to be yes, but with certain conditions.

The legislation would allow for the cultivation of up to six plants for personal use.

However, this may not be allowed until after the state has a chance to get its cannabis program fully established, which might not occur for 18 months.

Another viewer asked us how the approval of recreational marijuana would impact the state’s existing medical marijuana program.

According to the New York Times, under the most recent version of the bill being considered, those who have prescriptions for medical marijuana will be allowed to start growing their own pot in just 6 months.

The Times also reports that the bill expands the current 30-day cap on prescriptions for medical marijuana to 60 days, and it expands the list of maladies for which it can be prescribed.

Opportunities based on 'social justice'

Those in control of the legislature have expressed the belief that lower income and especially minority communities were impacted the most by arrests under existing drug laws, and that they should benefit more from legalizing it.

Thus, the bill requires 40% of tax revenues to be reinvested in those communities.

As well, half of the business licenses to grow and sell pot would be reserved for "equity applicants," including minorities, but also women, veterans, and those whose relatives were convicted on marijuana charges.

Questions surrounding impaired driving by those who smoke weed, how it could be determined that the use of pot contributed to an accident, and what the consequences would be for those charged are among the trickiest in all of this.

CNN reports that, according to a legislative memo it obtained regarding these aspects of the bill, police could justify suspicions based on the odor of pot.

But how they would test someone to determine if they were high while behind the wheel, or that they were sufficiently impaired due to the use of marijuana at the time of an incident remains up in the air.

There has been discussion on using a salvia tests, but the reliability of those have come into question as traces of marijuana can stay in a person’s system for several days after use.

In terms of penalties, the network says the memo indicates that impairment by cannabis would be a charge comparable to "Driving While Ability Impaired," which is the lowest degree of the state's current DWI statute.