After re-election win, Gillibrand will give 'long, hard thought' to 2020 presidential run

After easily winning re-election Tuesday, U.S. Sen. Kirsten Gillibrand said Thursday night she will give "a long, hard thought of consideration" to running for president in 2020. 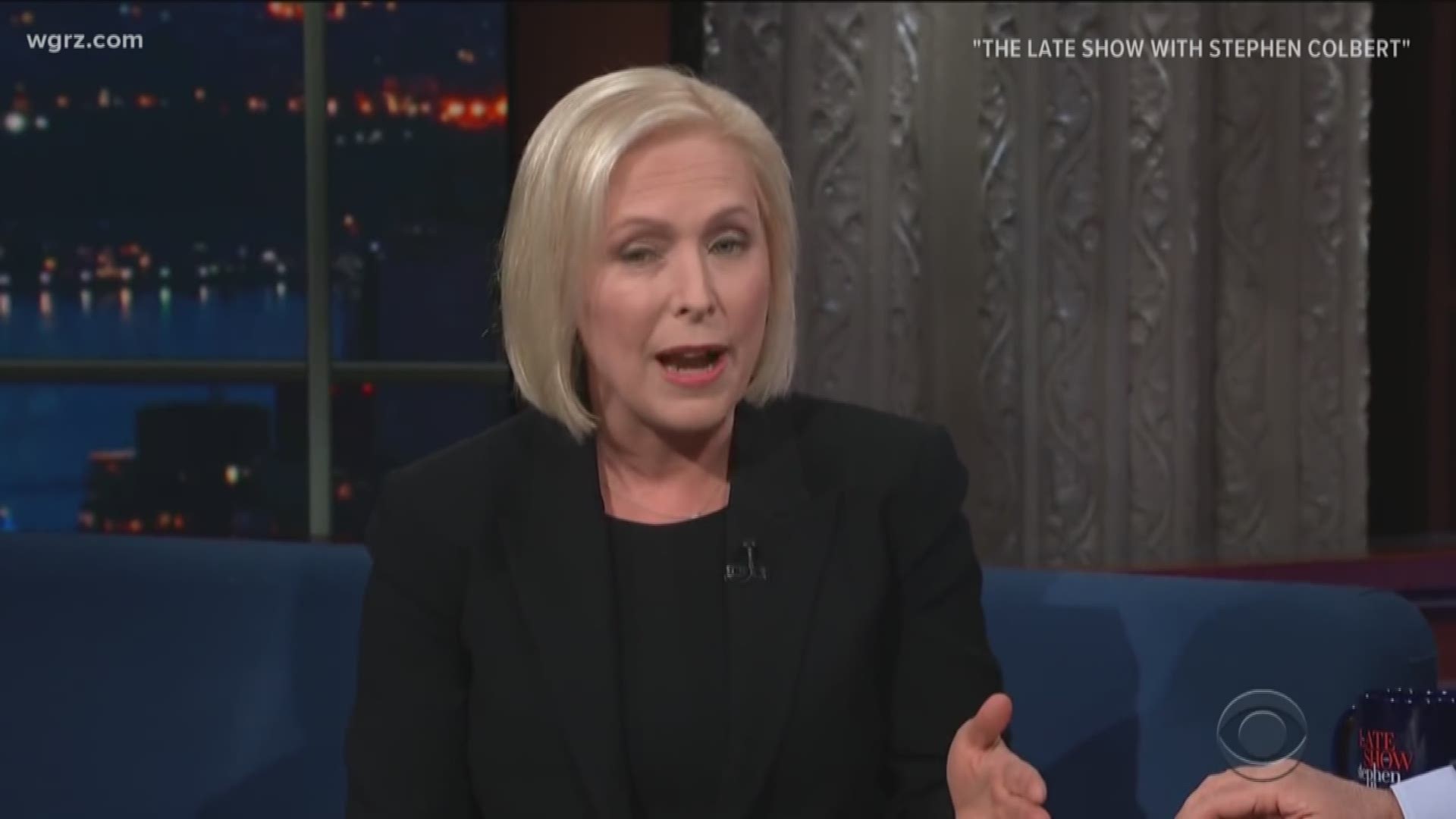 ALBANY – After easily winning re-election Tuesday, U.S. Sen. Kirsten Gillibrand said Thursday night she will give "a long, hard thought of consideration" to running for president in 2020.

Gillibrand said during her re-election bid this year that she would serve out her six-year term as New York's junior senator.

“I believe it is a moral question for me," Gillibrand answered about 2020, "and I believe in right versus wrong, and until this election I actually thought that wrong was winning."

But Gillibrand, who was first appointed senator in 2009 and since won two full terms, says that "as I’ve traveled across my state, across the country for all these candidates, I’ve seen the hatred and the division that President Trump has put out into our country and it has called me to fight as hard as I possibly can to restore the moral compass of this country."

So she added, "I believe right now that every one of us should figure out how we can do whatever we can with our time, with our talents to restore that moral decency, that moral compass and that truth of who we are as Americans, so I will promise you I will give it a long, hard thought of consideration."

"I will serve my six-year term," Gillibrand said.

Farley, though, was not convinced and regularly accused Gillibrand of having national ambitions.

"Honestly, I don't believe that," Farley said in response to Gillibrand during the debate.

Gillibrand is considered among the potential presidential hopefuls in 2020 after she has built a national profile during the #MeToo movement. Years ago, she received national attention by calling out sexual assaults in the military.

She has since said President Bill Clinton should have resigned amid the Monica Lewinsky scandal, and she was the first Democratic senator to call for the resignation of Sen. Al Franken amid allegations that he inappropriately touched women.

She has also been a harsh critic of President Donald Trump, getting into a Twitter fight with him.

“I think my agenda and what I’ve accomplished really goes to the heart and soul of what New Yorkers need and that’s why I’m going to keep fighting for those issues," Gillibrand said in an interview last month with the USA TODAY Network's Albany Bureau.

Gillibrand is on a media tour to promote her new children's book coming out this month about the women's suffrage movement, titled “Bold & Brave: Ten Heroes Who Won Women the Right to Vote.”

Gillibrand could be one of several Democratic senators eyeing a presidential bid, including Sens. Elizabeth Warren of Massachusetts, Cory Booker of New Jersey and Kamala Harris of California.

The hopefuls in the Senate drew a quip Wednesday from Senate Majority Leader Mitch McConnell, a Republican, who told reporters, "It's going to be fun to watch the Democratic presidential aspirants" compete.

She added Sen. Chuck Schumer, the Senate minority leader from New York, "may have some attendance problems from time to time."