A new agency would be created to regulate the recreational cannabis market in the state, with five members. The age limit for purchasing would be set at 21. 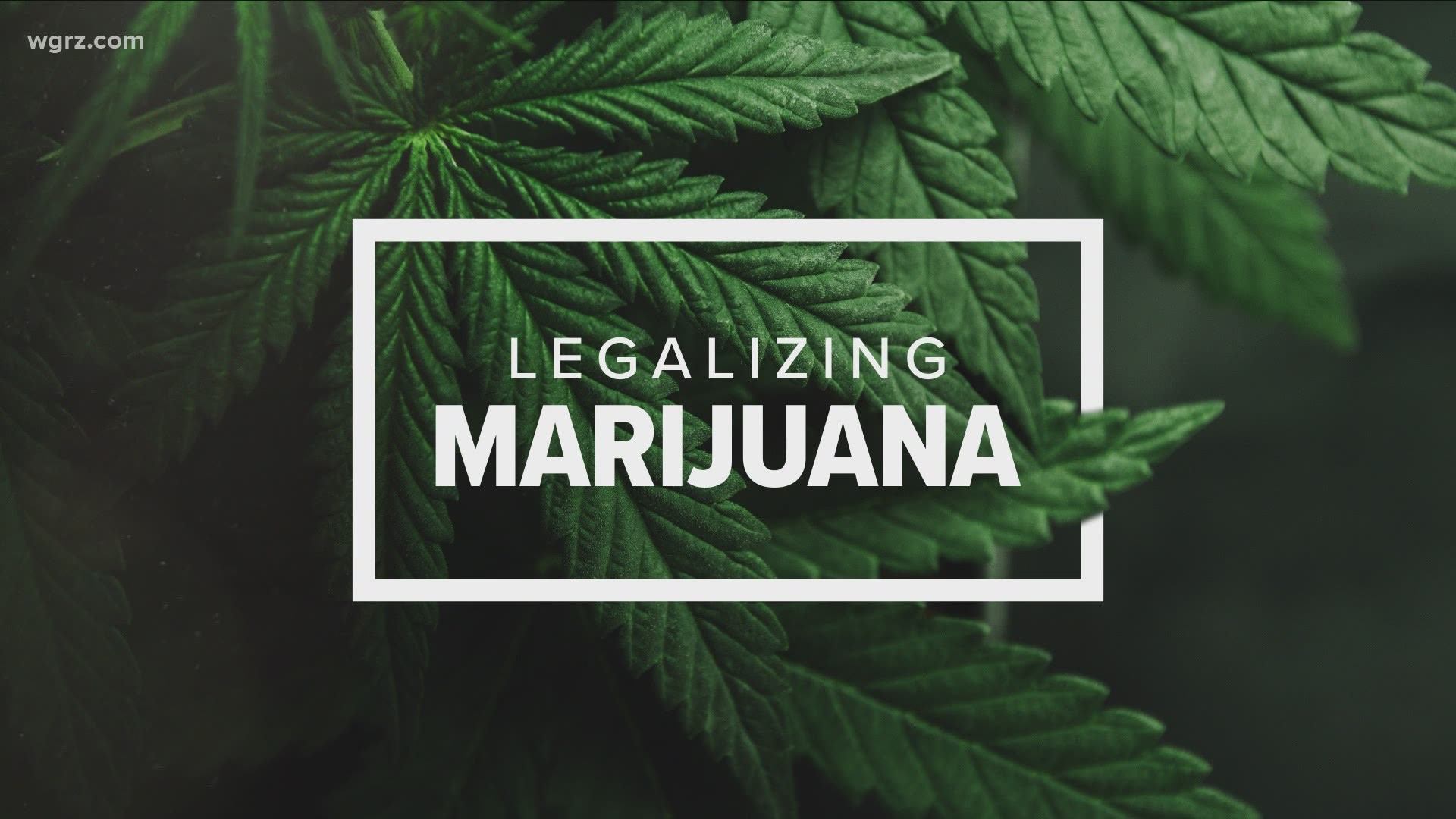 The 116-page piece of legislation is expected to pass through the state legislature this coming week.

The bill lays out a plan to create a new agency of cannabis management, which would regulate who can grow, process, distribute and sell cannabis and set the age of use at 21.

Five members would be appointed to lead the agency, three by the Governor and two by each legislative house.

Home growing would be allowed but limited to three mature and three immature plants per adult for both medical patients and recreational users. The limit would be six of each plant per household.

There is funding for training drug recognition officers and expanded traffic safety protections, including the development of roadside testing technology, to see if someone is high.

Currently, no such technology exists, a concern expressed by law enforcement leaders across the state, including Erie County District Attorney John Flynn.

Cannabis would be taxed at a rate of 13 percent; 9 percent by the state and 4 percent split by county and local governments.

Local governments will have the option to opt-out from allowing retail locations and home growing through a referendum.

The state currently faces a record deficit and stands, by its estimation, to take in roughly $350 million in tax revenue annually from the sale of recreational pot.

Under this plan, the state would collect fees from licensing growers, retailers, and consumption sites described as lounges, where you can smoke as long as alcohol is not served.

A portion of the money raised through taxation will be re-invested in community-based nonprofits and other approved government organizations, specifically in communities disproportionately affected by past federal and state drug policies.

Home-growing operations will be subject to local inspection, just like building owners are subject to follow local codes and fire safety rules. A designated officer or member of law enforcement can perform such duty.

New York would be the 15th state in the United States to legalize the recreational use of cannabis. The other most recent state was New Jersey.

You can read the finalized plan to legalize recreational marijuana here.