Checking in on the progress of development plans at Northtown Plaza, 2 On Your Side finds out that the developer just filed an amendment to its original site plan on Monday. 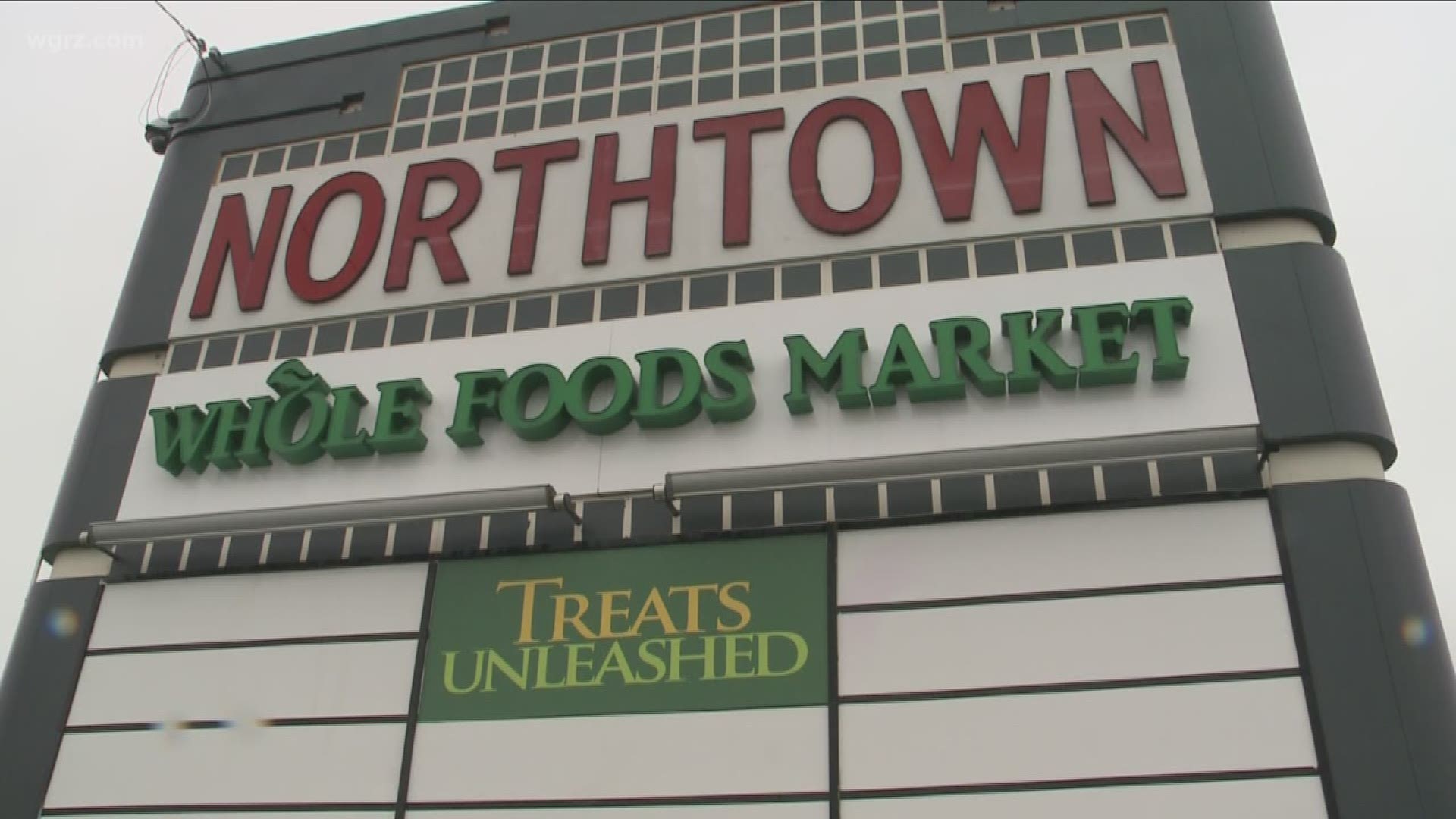 AMHERST, N.Y. — If you're driving by the Northtown Plaza in Amherst, the most prominent feature you might see is now a fence surrounding the parking lot. There is a colorful tarp attached to that fence somewhat obscuring the public's view of the property.

But there's not much to hide in terms of activity, because there is no activity. A look behind that tarp shows there is no construction equipment or signs of development.

The Town of Amherst told 2 On Your Side in April that demolition was supposed to start late spring or early summer.

So we called WS Development Associates Monday to find out where they stand with the project. We didn't get a response.

Come to find out from Brian Kulpa, Amherst Town Supervisor, and AJ Baynes, the President of the Amherst Chamber of Commerce, that the developer applied for a site plan amendment on Monday, the same day we reached out to them.

"At the end of last year they were able to purchase the KeyBank building that's at the end of that plaza," Kulpa said. "So, in order to continue moving the project forward, they have to add that to the site plan."

Why they waited until now to file the site plan change is not clear.

"I would be worried about it if WS wasn't continuing to come in and file for amendments and continue to take the project forward," Kulpa said. "They're certainly paying consultants to do all this. I believe their attorney filed (the site plan amendment), so they're still racking up costs. That means they're heading toward construction."

Baynes added, "Right now, everything still is on track for that June 2020 opening of the majority of the plaza. It's a big undertaking."

With the site plan amendment, the town supervisor tells 2 On Your Side the developer hopes to merge the parcels together.

We asked Baynes if he had any other details about the site plan amendment, "I think the developer is keeping a few things under wraps, but I know with the additional permitting. ... I'm looking forward to taking a look at that."

There have been some questions and concerns regarding how site plan changes and delays might affect the high-end stores previously confirmed to be moving in over the next year, such as L.L. Bean, Williams Sonoma, West Elm, and Pottery Barn.

He adds, "But what you're recognizing here is they're committed to Western New York. WS Development is committed to the area."

The amendment, adding the KeyBank property to the site plan, is up for review by the planning board in June. If the board approves the change the developer can then apply for demolition permits.

Both Kulpa and Baynes are confident that will happen on time.