Nolan Burch, a graduate of Canisius High School, was a freshman at West Virginia University when he died five years ago. 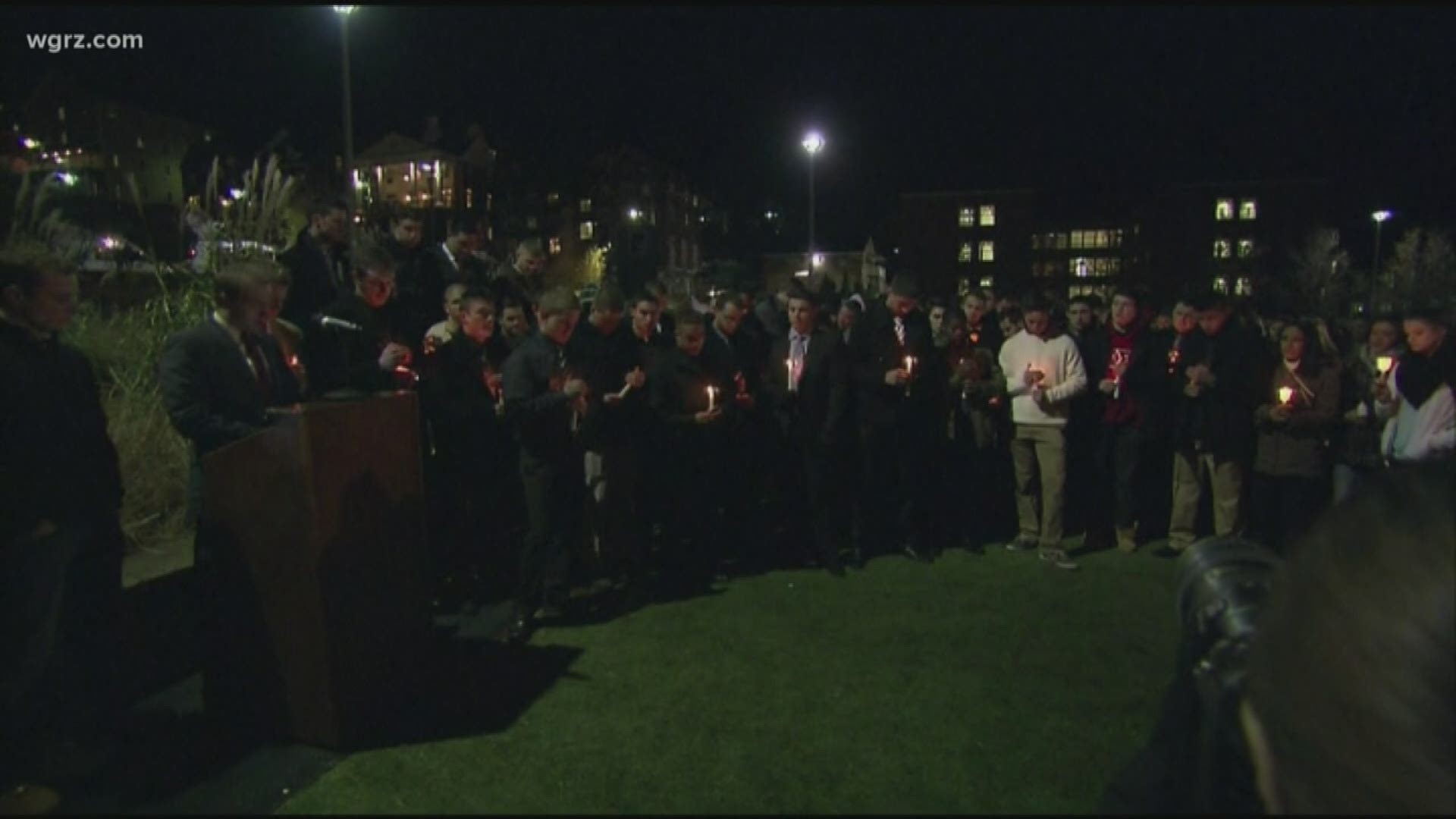 MORGANTOWN, W.Va. — Five years ago this week, Williamsville teen Nolan Burch was in the middle of his freshman year at West Virginia University. He was pledging a fraternity and told family and friends that he loved the college life.

His life would end far too soon after a night of heavy drinking and hazing.

"The harsher the better," said T.J. Burch, Nolan's dad. He acknowledged the video is hard to watch, especially as a dad who lost his only son. But there's a higher purpose.

"We want to show (students) what really, really happened here," T.J. said. "That's the only way that we're going to learn and this is going to stop."

Nolan's mother, Kim, wiped away tears as she watched the documentary. She had seen it before the public release, but the images are shocking every time.

"Our main goal after Nolan passed was we do not want another family to go through this," she told 2 On Your Side from a room inside the Mountainlair, the student center at WVU. "If showing that will hit people in the guts and make them think twice to pick up that phone and call 911, then that's what we chose to do."

In Nolan's case, some fraternity brothers and others didn't call 911 until an hour after he had become unresponsive.

WVU, which last year settled litigation with the Burch family, was fully supportive of the documentary, which was directed by Daniel Catullo, an alum and CEO of City Drive Entertainment Group.

Catullo, the Burch family and university leaders all told 2 On Your Side they hope the documentary will be shared around the country.

"This has got to get out there. They have to see this," Kim said.

The Burch family and Catullo have already heard from some

This Saturday, the NMB Foundation, named in Nolan's memory, has its 5th annual fundraiser. It goes from 5 p.m. to 9 p.m. at Main-Transit Fire Hall in Williamsville.

In conjunction with the release of the documentary, WVU launched its "Would You" campaign, designed to educate students and others about bystander intervention, medical amnesty and simply doing the right thing.

2 On Your Side's Scott Levin and Maryalice Demler sat down with five students from the National Federation for Just Communities about their reaction to the documentary. Both discussions can be viewed below:

RELATED: Burch family speaks out on hazing in 'Dateline' episode

RELATED: Charges may be dropped in Nolan Burch case