No Safety in the Suburbs: How Sex Traffickers Lure Children

Law enforcement found 115 victims under age 20 in Western New York alone in 2018. So how do the traffickers do it? How do they get a grip on these young women? What happened to Jessika, a 15-year-old born and raised in a good home in the Suburbs, is something every parent should hear. 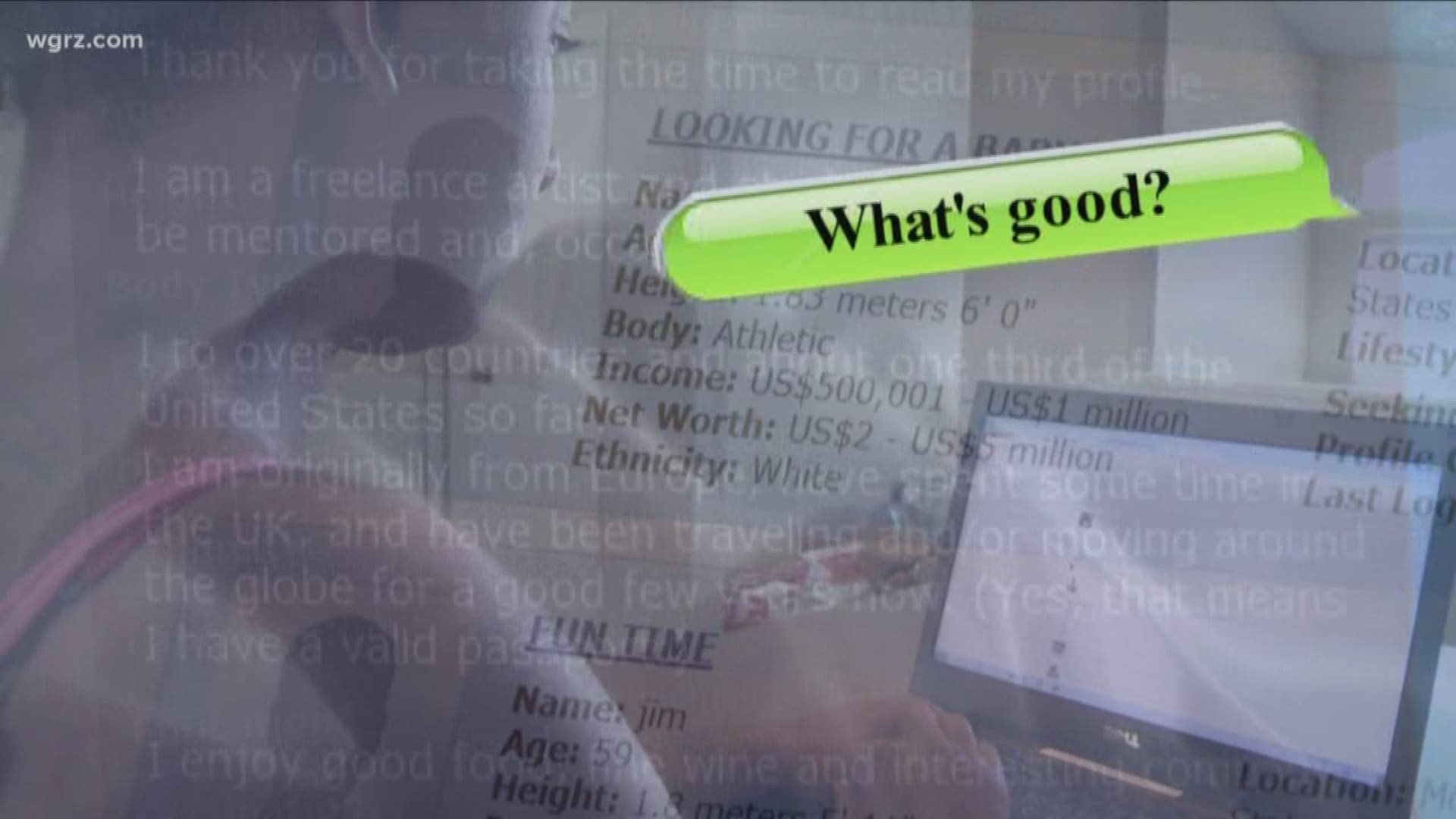 BUFFALO, N.Y. — "I was a beautifully naive suburban mom," said Nacole S., a mother who along with her husband raised their three children in a Suburb north of Seattle, Washington.

She spoke to me in December while visiting Buffalo to take part in a fundraiser to help sex trafficking victims in Western New York.

Nacole was the mother of an outgoing 15-year-old named Jessika, a girl who spent years playing soccer on her high school and travel teams and played violin in the school orchestra.

But after running away and finding herself at a homeless shelter for teenagers, Jessika was approached by a woman who offered to be her friend and protect her.

Experts say that predators start the grooming process either in person or through social media by simply getting to know the child, learning their weaknesses and vulnerabilities, and their likes and dislikes.  Are their parents too strict? The predator promises fun and excitement.

" 'Look, you're out of the house, you have no rules', the trafficker said.  'Let's go get drunk. Have you ever gotten drunk?'

'We can stay up until midnight, we can smoke pot,' the trafficker added. "

"She could do all these things that she had never experienced," Nacole added.

RELATED: No Safety in the Suburbs: Child Sex Traffickers Prey on Innocence

Alcohol and drugs are usually the gateway that "quickly" leads to rape and sexual exploitation, sometimes involving the child drunk or high, creating pornography that can then be used as blackmail to coerce them into more sex acts.

"All the parents feel like 'this could never happen to my child…  until it does," said Kelly Galloway.

Galloway is the director of Mona's House. It's a residence in Buffalo that helps local women who are struggling to overcome the psychological damage caused by sex trafficking.  She has heard over 120 local women tell how they were lured in.

"They don't know they're being targeted because the face that they see is this 15-year-old guy, and he's being really nice, he's calling me pretty, he's telling me that he'll buy me things," she said.

Predators are master manipulators and teenagers are inexperienced and emotionally immature.

"He used everything we had ever taught her-- against her," said Nacole.

In Jessika's case, her trafficker had asked about her religious upbringing.

"He used words in the Bible and told her this was God's will, and that she needed to leave her parents.  Everything that we had ever told her, he twisted and made it work in his favor," Nacole added.

But for most victims, breaking free from a trafficker is extremely difficult because of threats of violence against them or someone they love, but also through shame and humiliation.

"I think that is one of the tactics that the traffickers will use is to tell them that their families will not want them back-- that society won't accept you after this," said Nacole.

"Do you think most parents are in denial about how vulnerable their kids are?" asked Maryalice Demler.

"I have never met one parent that says, 'you know what, my child is vulnerable on social media,'" Galloway said.

Galloway says parents need to have frank conversations with their kids. And also install apps on their cell phones that monitor every single social media message their child sends or receives.

"Let's give them the information and tell them exactly how trafficking happens. Tell them it can happen to them. But because we don't want it to happen, we're going to put these measures in place," Galloway added.

"If I could roll the clock back and allow you 5 minutes with your daughter before all this happened, what would you say to her," Demler asked.

"Let her know no matter what she does-- ever in her life-- she's loved. So that maybe she wouldn't have felt the way she did... 47 days later," Nacole said.