The money Niagara Falls is getting from the state will be used on projects near and around the Niagara Falls State Park expansion. 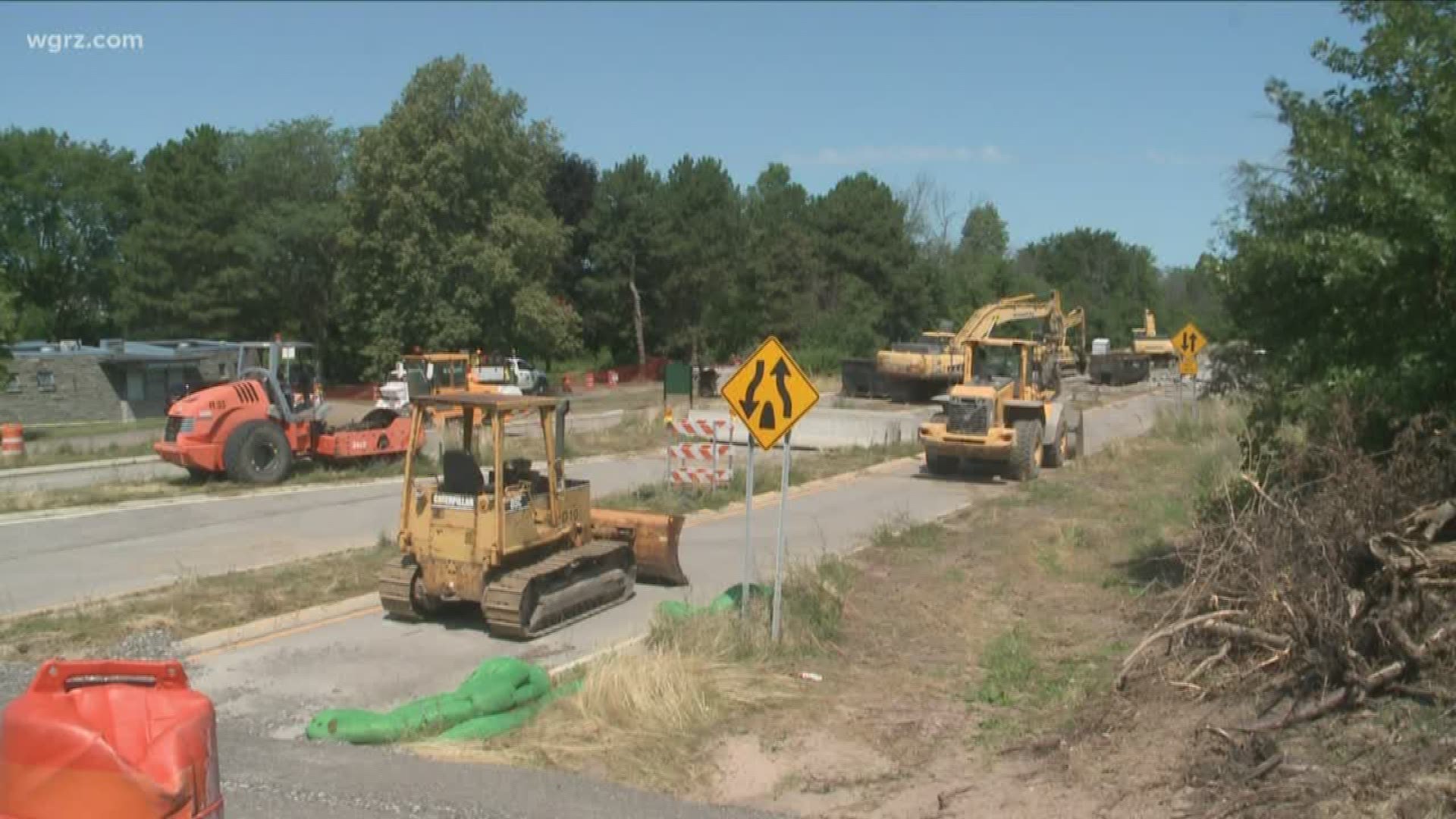 NIAGARA FALLS, N.Y. — A number of new community projects are on their way to Niagara Falls.

The announcement was made by Governor Andrew Cuomo on Wednesday that the city has been awarded $10 million in state funding.

Two years from now, the lower portion of the Niagara Scenic Parkway by the State Park should be long gone, making way for more parkland.

The $10 million Niagara Falls is getting from the state will be used on projects near and around this expansion.

"We believe that area is of greatest need for the city, but we also believe that because of the public realm investments that've already been made, most notably the train station and the parkway removal, we felt like the market was finally going to find this place," Niagara Falls mayor Paul Dyster said.

Over the next year or so, local officials will decide exactly how the money will be spent.

For now, there are some ideas that Mayor Paul Dyster's administration has submitted to the state.

They include more public art, like you already see on Old Falls Street, renovations to the Rapids Theater on Main Street, and new sidewalks and benches. But again these are just proposals.

"This committee will go in and take those projects under advisement. They'll reach out to local stakeholders, and hold those meetings, and take advisement of what the local community wants to see," said Anthony Vilardo, the president of USA Niagara Development Corporation. "Where a lot of the investments previously were made in the tourist area, this is going to really connect the city back to its waterfront."

Other ideas the Dyster administration has submitted to the state include creating a home improvement program and a fund that would preserve historic buildings.

We should know sometime next year exactly where this money will go.

Separately, since Cuomo was in Niagara Falls on Wednesday, 2 On Your Side wanted to ask him about a couple of very important issues, involving the state.

One of them is that awful stretch of the 90 that runs through Seneca Nation territory that is in serious need of repair.

Lieutenant Governor Kathy Hochul said a couple of weeks ago that the state was in the process of working out an agreement with the Senecas to get access to that land to finally fix it.

We wanted to know from the governor about where that agreement stands.

Another issue, Canadian drivers without E-ZPass have not been paying the Grand Island bridge tolls, that's because the Thruway Authority hasn't reached an agreement with Canadian provinces on driver information.

2 On Your Side requested an interview with the governor about this Wednesday.

But we were told he would not take questions and had to get to an event in another part of the state.

2 On Your Side will stay on top of these very important issues, and hopefully, we can get these answers soon.

Body pulled from the Niagara River