The team of five will compete against dozens of other teams from around the world. Their focus is on science, technology, engineering, arts, and math. 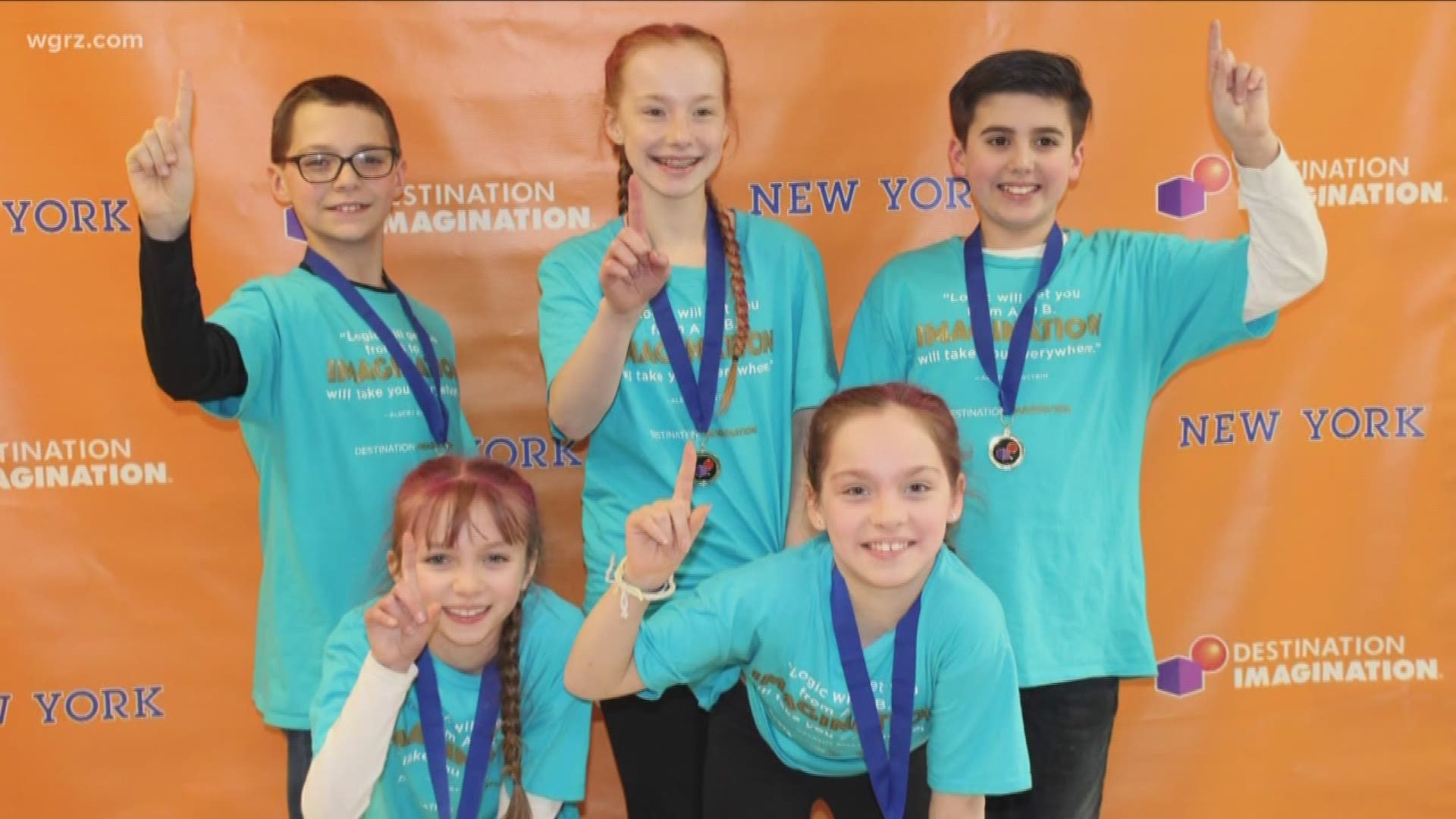 GASPORT, N.Y. — One minute they might be trying to build the tallest tower out of random materials with the clock ticking away.

Competitors get just a few minutes to come up with a plan and complete their task. It takes imagination, creativity, and a lot of teamwork — and the Missing Marbles are up for the challenge.

This group of five students from the Roy-Hart School District is currently in Kansas City, Missouri for the Destination Imagination global competition. It's a program that celebrates skill, learning, and working together.

Since the school district itself doesn't sponsor a team, these kids formed their own. They've been together for more than a year and practice at least once a week.

And their hard work seems to have paid off.

The Missing Marbles won first place at both the regional competition and New York State competition, which earned them a spot at globals.

They hope to return to Western New York this weekend with more medals...and bragging rights.

The kids aren't just creative during competition. They came up with a unique way to help fund their trip. They used their building skills to make large, colorful stacks of tires that were passed around Niagara County. People donated money to ship the tires to a friend or neighbor's front lawn.