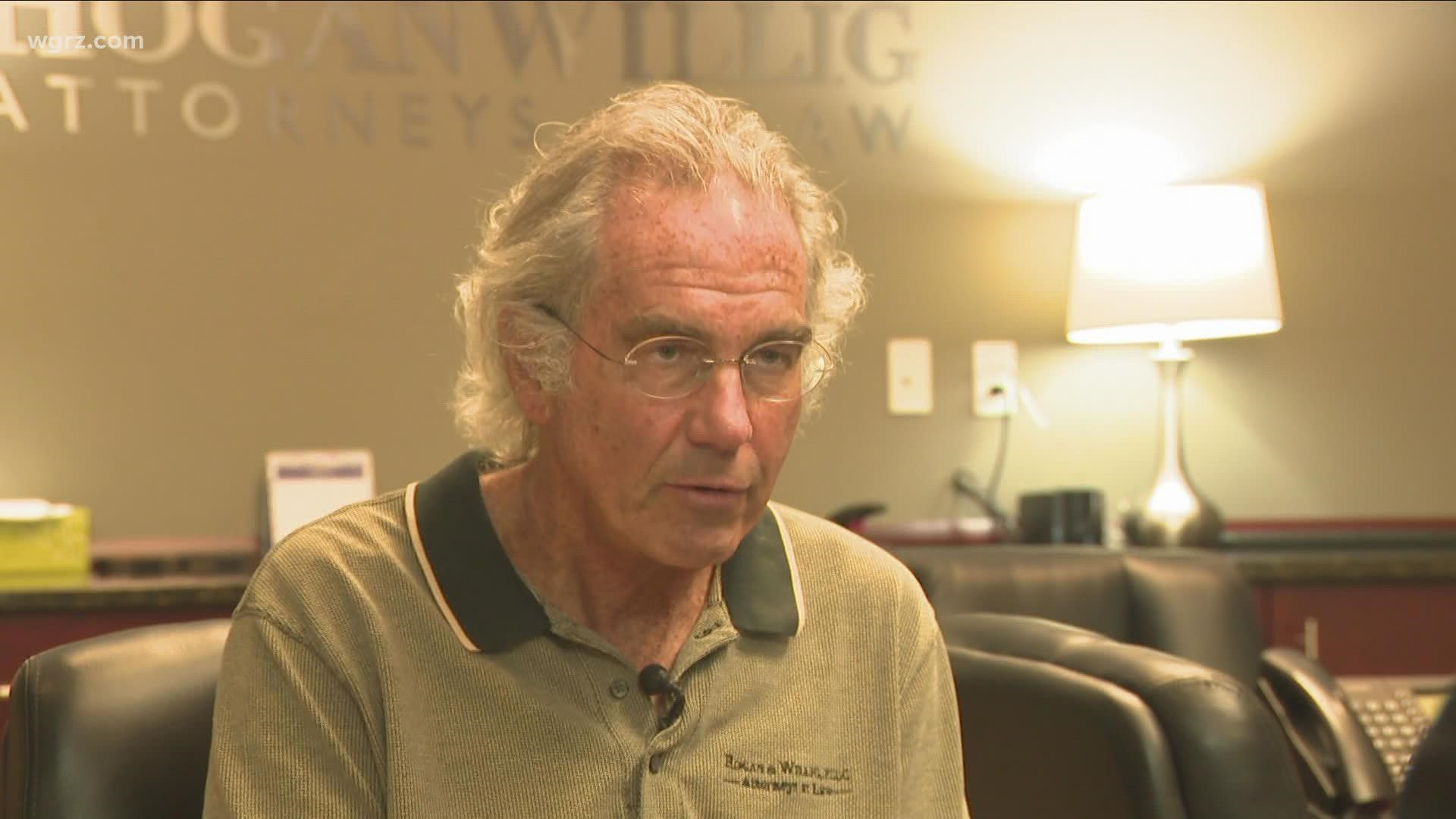 AMHERST, N.Y. — Can an employer require you to wear a mask at work?

Hogan’s law firm, Hogan Willig, has challenged a number of state and local government mandates during the pandemic. And the firm is already at work on new filings.

Poloncarz said he expected to issue a mask mandate to county employees based on the recent, rapid rise in COVID cases. The so-called delta variant of the coronavirus has been cited as the strain causing most of these cases.

The County Executive later issued a press release saying if cases continue to rise as expected, he would order all county employees to wear masks inside county buildings, regardless of their vaccination status.

Because state law gives broad latitude to employers about workplaces, Hogan says the move is likely legal, “Employers can say, ‘You know what? Starting tomorrow I want all my employees to come here with green hair.’  They can probably do that.”

Drug manufacturers Pfizer, Moderna and Johnson & Johnson received ‘emergency use authorization’ (EUA) approval of their COVID vaccines. That is short of what’s described as full authorization by the regulatory agency. EUA also comes with an important limitation. Federal law requires under that designation a vaccine recipient must be told they “have the option to accept or refuse” it.

“Any individual who is asked to take the vaccine has the absolute right to say no,” said Hogan.

That issue will be at the core of a legal challenge to newly announced mandate. Hogan did not name the client or clients he will represent in the lawsuit, but said it is likely papers will be filed next week.