Flags to fly at half-staff Tuesday for Cpl. Sanchez

Cpl. Humberto Sanchez of Logansport was killed during the United States pullout from Afghanistan on Aug. 26. 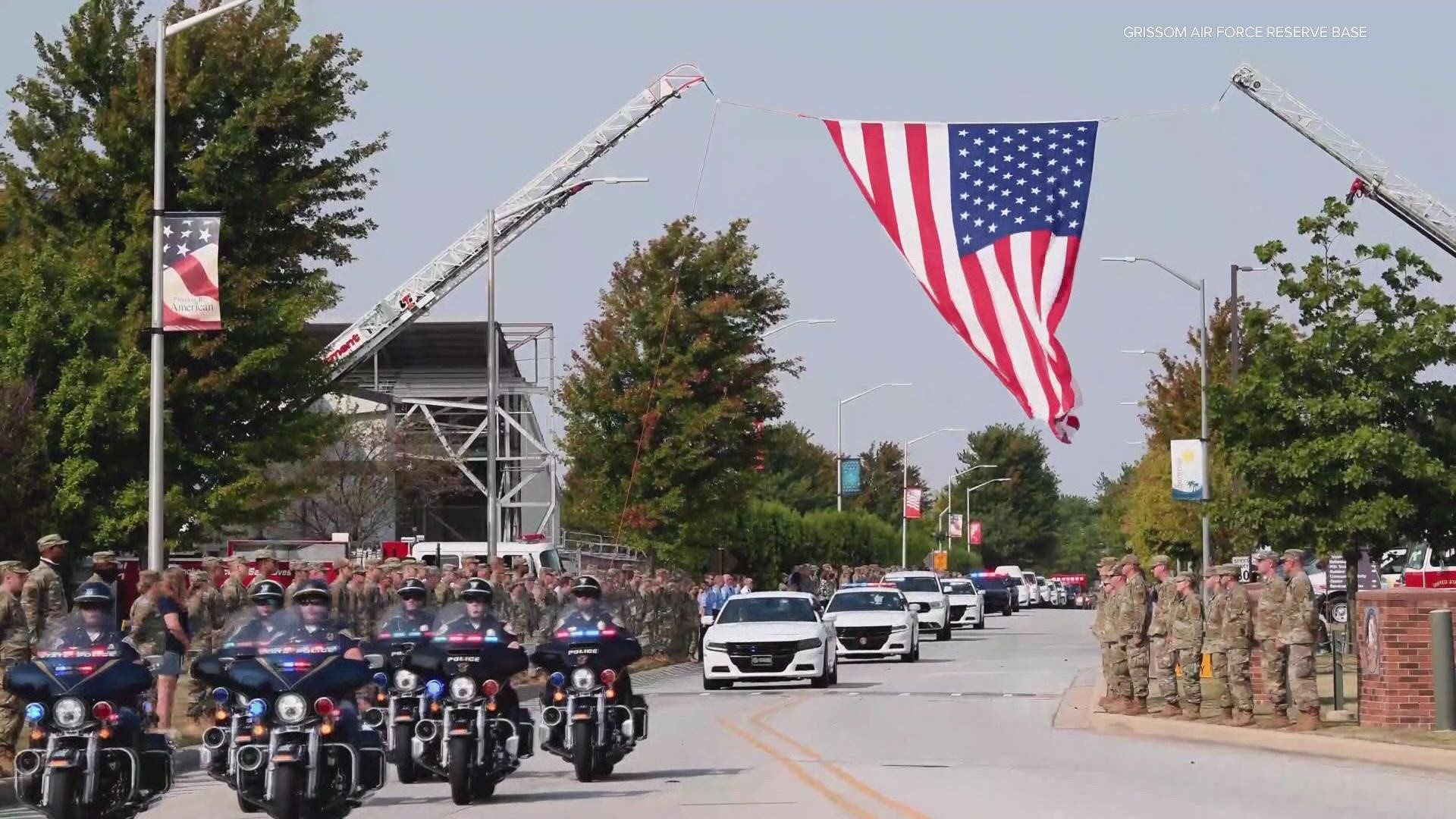 LOGANSPORT, Ind. — Indiana Governor Eric J. Holcomb is directing flags to be flown at half-staff to honor the life of Cpl. Humberto "Bert" A. Sanchez of Logansport. Sanchez died while serving his country during the United States pullout from Afghanistan on Aug. 26, 2021.

The 22-year-old was killed in the terrorist attack at the airport in Kabul while assisting in the evacuation of U.S. citizens and Afghan allies who were leaving the country. Sanchez was one of 13 troops were killed as they were helping to screen Afghans and others at the Abbey Gate of the airport. At least 169 Afghans were also killed in the bombing as they struggled to get into the airport and on flights out of the country.

Flags should be flown at half-staff from sunrise until sunset on Tuesday, Sept. 14, 2021.

Gov. Holcomb also asks businesses and residents to lower their flags to half-staff.

Sanchez's body arrived in Logansport Sunday morning after it was flown to Grissom Air Reserve Base. Military officials performed a dignified transfer of Sanchez's body to his family.

Public visitation for Sanchez is taking place from 1-7 p.m. on Monday, Sept. 13, at LifeGate Church at 831 Burlington Ave., in Logansport.

A public funeral service will be held at 11 a.m. on Tuesday, Sept. 14, also at LifeGate Church.

A livestream link will be provided and available on Sanchez’s tribute page on www.gundrumcares.com.

According to the funeral home, gifts can be sent to the Cpl. Humberto Sanchez Memorial Scholarship Fund, at the Cass County Community Foundation Inc., P.O. Box 441, Logansport, IN 46947 or online.