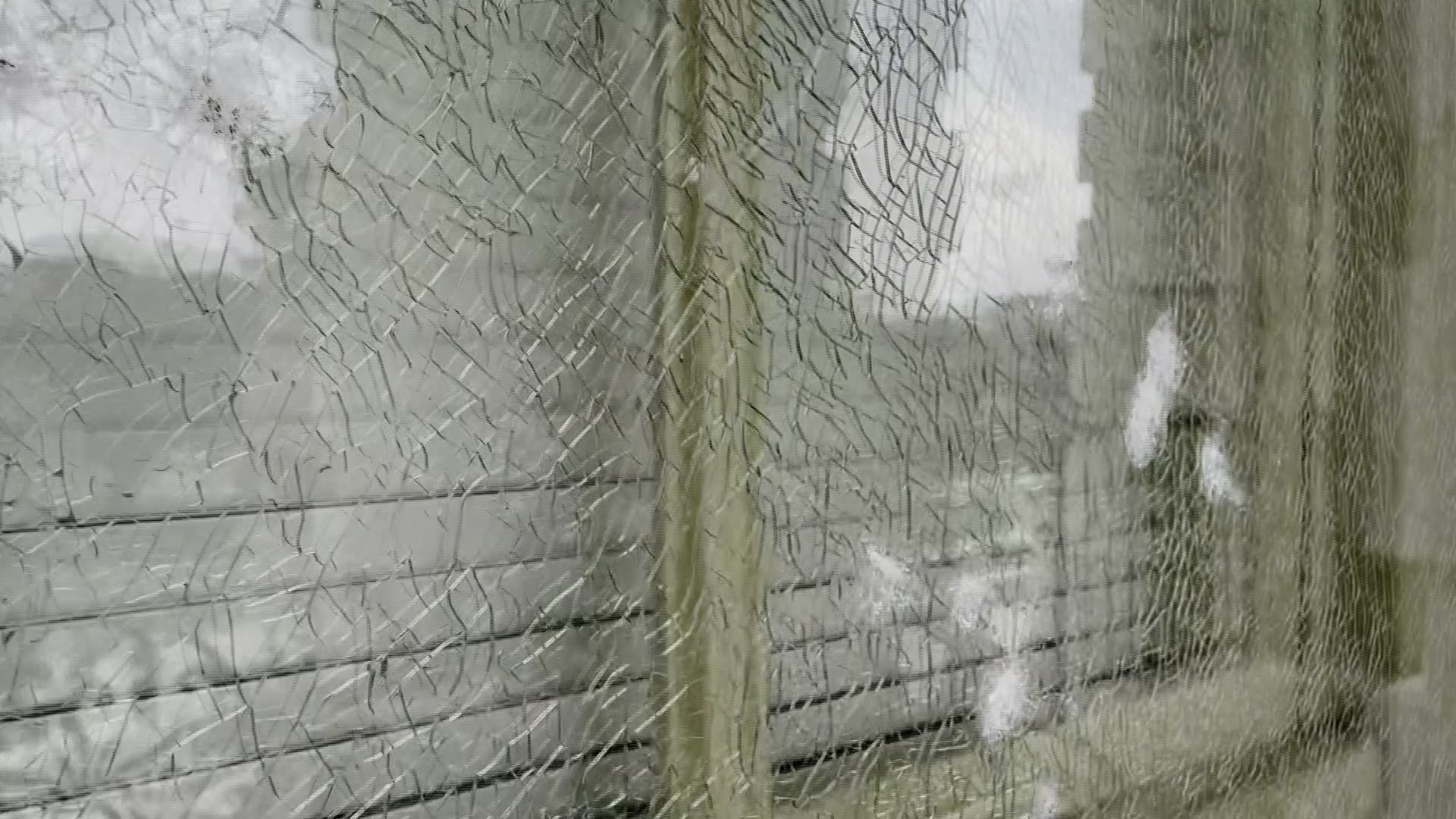 WASHINGTON — The retired Army general who oversaw U.S. Capitol physical security recommendations after the January 6 insurrection said fencing encircling America’s citadel to democracy would not come down, until, broken doors and windows are repaired.

Nearly 150 days after the ferocious attack, an exterior window with fracture marks and fissures still marks where a mob attempted to break into the Senate.

Within the chamber, a $1.9 billion Capitol security bill awaits Senators when they return from recess next week.

The measure appropriates funds to further reinforce the building, and among other enhancements, creates a quick reaction contingent of the National Guard to aid Capitol Police.

Yet the largest step towards returning the center of the capital to normalcy, removing an 8-ft. high perimeter fence, is inextricably tied with the hardening of the building itself, Retired Maj. Gen. Errol R. Schwartz said.

“I linked the replacement of windows and doors to the removal of the inner fence,” Schwartz emphasized during a panel discussion Tuesday.

“We wanted all of the windows and doors to meet the standards that cannot be penetrated. I gave that my highest priority.”

Schwartz spoke during a Capitol security round-table held by D.C. Rep. Eleanor Holmes Norton. During the discussion, the 41-year military veteran revealed the Capitol has no night vision surveillance cameras, and the technology monitoring the building is in dire need of modernization.

Schwartz, who served on Retired Lt. Gen. Russel Honoré’s Capitol security task force, said the Architect of the Capitol currently has a contract to carry out the building’s structural strengthening.

“They will have to enhance the contract to encompass the additional windows and doors that were damaged,” Schwartz said.

The retired general did not provide a time frame for the efforts.

Other experts on the Norton round-table rejected a bipartisan point of consensus – that an underground, retractable fence, could solve the once unthinkable security situation laid bare by the insurrection.

“In terms of a very lengthy retractable fence, I don’t know of any such fence in existence,” said Anne D. Neal Petri, president of the National Association for Olmsted Parks. “And I think there would be real questions of its operability.”

“I would hope that we would continue to explore alternatives to retractable fences,” Petri offered.

The panel consisted of architectural, historic, and security experts, who outlined their visions of what the area around the Capitol could become.

Thomas Vonier, president of the International Union of Architects, invoked the evolution of the White House grounds and Lafayette Square as a possible future template for the Capitol.

The stretch of Pennsylvania Avenue in front of the White House closed after the Oklahoma City bombing in 1995, thus linking Lafayette to a new and strictly pedestrian space.

“First, the change has increased the security of the White House,” Vonier said. “But second, it has created a better amenity than existed before.”

Vonier suggested permanently closing stretches of Constitution and Independence Avenues bordering the Capitol, in order to limit vehicle traffic, and allowing the roads to be sealed off from crowds during an emergency.

Around the White House, Washington Monument, and Martin Luther King, Jr. Memorial, there are only a few pedestrian entry points, which can be closed off by law enforcement, Vonier noted.

“This very approach… That you could examine portals and ways that pedestrians enter that area, is one that I think could be easily applied to the entire Capitol,” he said.

RELATED: 'It's OK to not be OK' | After just 4 days on the job, DC's acting police chief faced rioters at the Capitol

Unbelievable how on an otherwise perfect June afternoon, 146 days after the January 6 insurrection, there’s STILL damage.