The singer tweeted she would cover the black security guard's bills if he decides to sue the school over his firing for repeating a slur while scolding a student. 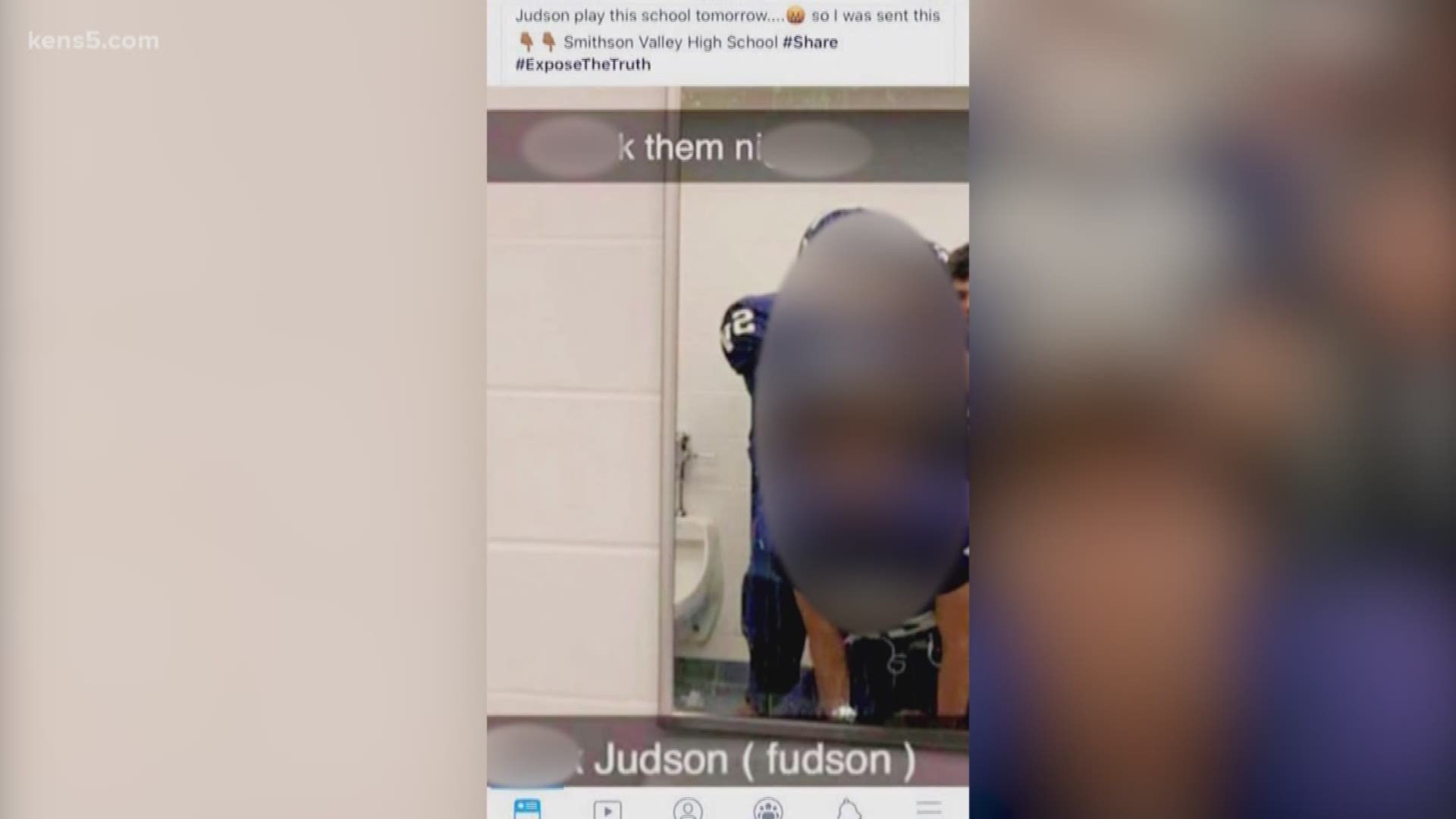 MADISON, Wis. — Students at a Wisconsin high school skipped class Friday and marched through the streets of the state capital to protest the firing of a black security guard who was terminated for repeating a racial slur while telling a student not to call him that word.

Scores of Madison West High School students walked out of class around 10 a.m. to protest the firing. Madison Police Department officials didn't respond to The Associated Press' request for a crowd count but told the Wisconsin State Journal newspaper that about 1,500 people participated.

A WISC-TV livestream of the walkout showed what appeared to be scores of students marching through the streets. They walked to the Madison school district offices and marched laps around the building, chanting "Hey-hey, hey-ho, zero tolerance has got to go!" and "Do Better!"

Security guard Marlon Anderson, 48, said he was responding to a call Oct. 9 about a disruptive student at West. He said the student, who is black, called him obscenities, including the N-word. Anderson said he told the student multiple times not to call him that, repeating the slur during the confrontation.

Anderson said he was just trying to defend himself and that context matters. The Madison teachers union has filed a grievance with the district on his behalf.

Credit: AP
Marlon Anderson poses for a photo Thursday, Oct. 17, 2019 in Madison, Wis. Anderson, a security guard at a Wisconsin high school who was fired after he says he repeated a racial slur while telling a student who had called him that word not to use it, has filed a grievance seeking his job back. (Steve Apps/Wisconsin State Journal via AP)

During his time at East and West high schools, Anderson said students have used that slur against him "many times," and that it has resulted in "restorative conversations" in which he explains the history, context and meaning of the word.

The district school board president, Gloria Reyes, said in a statement Friday that she wants the board to review its policy on racial slurs as soon as possible. She said she also has directed district staff to handle Anderson's grievance quickly.

"This is an incredibly difficult situation, and we acknowledge the emotion, harm and complexity involved," she said. "Many people in our community and our district are grappling with that complexity, and we will continue to do so as we go forward."

Superintendent Jane Belmore issued her own statement saying the zero-tolerance policy is designed to protect students from harm, no matter what the circumstances or intent. But she added that "different viewpoints" from the community are emerging and the district will review the policy in light of Anderson's grievance.

The singer Cher weighed on the dispute Friday, tweeting in response to a news story about Anderson that if he decides to sue the Madison school district, she would cover his expenses.

A message left at the Madison teachers union for Anderson wasn't immediately returned.