Environmentalists accuse Trump's U.S. Fish and Wildlife of taking a parting shot at protections designed to help restore the species in favor of the timber industry. 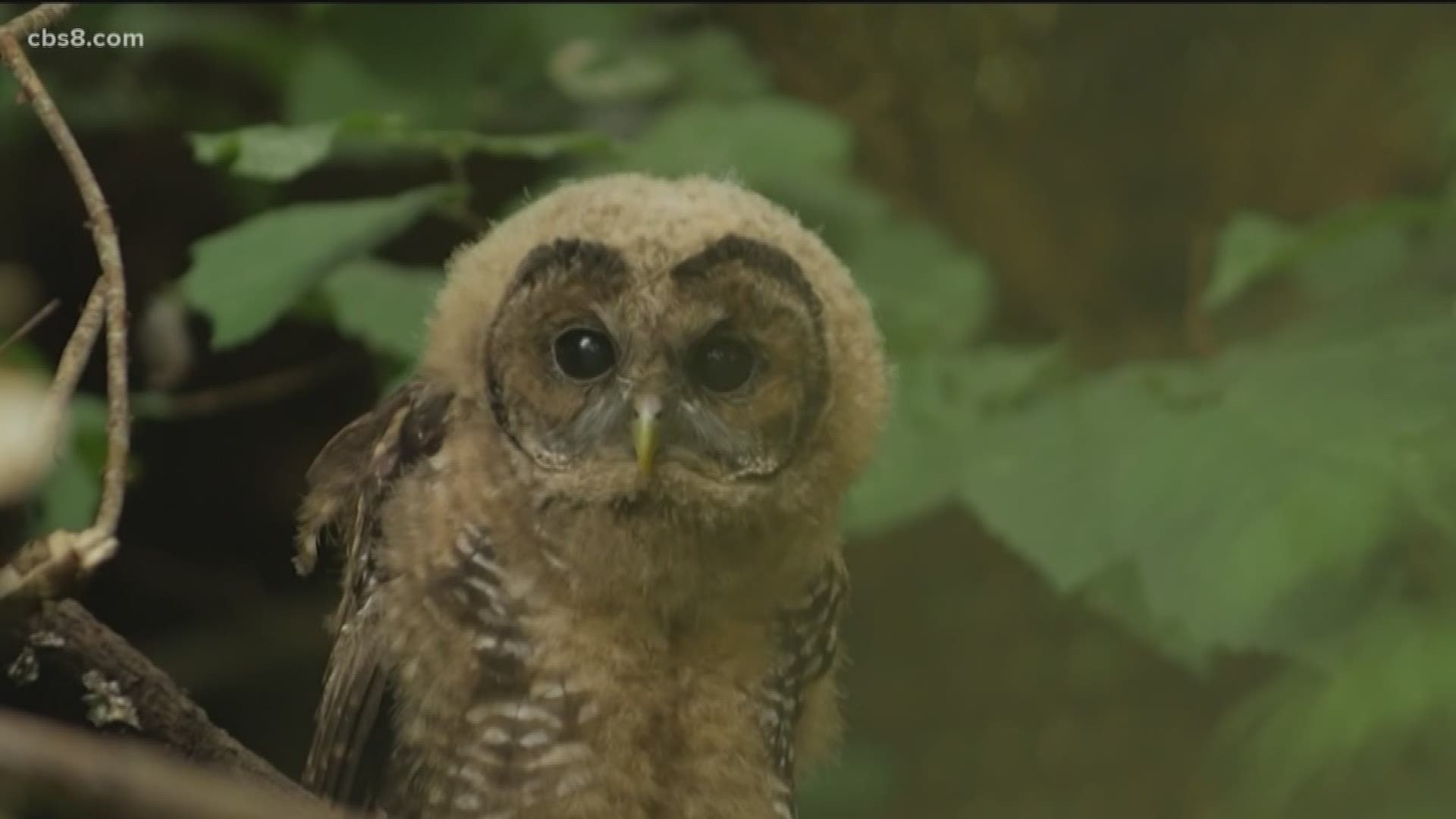 PORTLAND, Ore. — Editor's note: The related video above was published in November 2019.

The Trump administration said Wednesday that it would slash millions of acres of protected habitat designated for the imperiled northern spotted owl in Oregon, Washington state and Northern California, much of it in prime timber locations in Oregon’s coastal ranges.

Environmentalists immediately decried the move and accused the U.S. Fish and Wildlife Service under President Donald Trump of taking a parting shot at protections designed to help restore the species in favor of the timber industry. The tiny owl is listed as threatened under the Endangered Species Act and was rejected for an upgrade to endangered status last year by the federal agency despite losing nearly 4% of its population annually.

“This revision guts protected habitat for the northern spotted owl by more than a third. It’s Trump’s latest parting gift to the timber industry and another blow to a species that needs all the protections it can get to fully recover,” said Noah Greenwald, endangered species director for the Center for Biological Diversity.

Timber groups applauded the decision, which won’t take effect for 60 days. More thinning and management of protected forests is necessary to prevent wildfires, which devastated 560 square miles (1,450 square kilometers) of spotted owl habitat last fall, said Travis Joseph, president of the American Forest Resources Council. Of that, about 300 square miles (777 square kilometers) is no longer considered viable for the birds.

RELATED: US unemployment claims jump to 965,000 as virus takes toll

Loss of the ability to log in areas protected for the spotted owl has devastated rural communities, he said. The 3.4 million acres (1.4 million hectares) removed from federal protections Wednesday includes all of Oregon’s so-called O&C lands, which are big timber territory. The more than 2 million acres (809,000 hectares) are spread in a checkerboard pattern over 18 counties in western Oregon.

“This rule rights a wrong imposed on rural communities and businesses and gives us a chance to restore balance to federal forest management and species conservation in the Pacific Northwest,” Joseph said.

The Fish and Wildlife Service agreed in a settlement with the timber industry to reevaluate the spotted owls’ protected territory following a 2018 U.S. Supreme Court decision involving a different federally protected species.

Credit: AP
FILE - In this May 8, 2003, file photo, a Northern Spotted Owl flies after an elusive mouse jumping off the end of a stick in the Deschutes National Forest near Camp Sherman, Ore. The Trump administration has slashed more than 3 million acres of protected habitat for the northern spotted owl in Oregon, Washington and northern California, much of it in prime timber locations in Oregon's coastal ranges. Environmentalists are accusing the U.S. Fish and Wildlife Service under President Donald Trump of taking a "parting shot" at protections designed to help restore the threatened owl species. (AP Photo/Don Ryan, File)

But for decades, the federal government has been trying to save the northern spotted owl, a native bird that sparked an intense battle over logging across Washington, Oregon and California.

The dark-eyed owl prefers to nest in old-growth forests and received federal protections in 1990, a listing that dramatically redrew the economic landscape for the Pacific Northwest timber industry and launched a decadeslong battle between environmentalists and loggers. Old-growth Douglas firs, many 100 to 200 years old, that are preferred by the owl are also of great value to loggers.

After the owl was listed as threatened under the Endangered Species Act, earning it a Time magazine cover, U.S. officials halted logging on millions of acres of old-growth forests on federal lands to protect the bird’s habitat. But the population kept declining, and it faces another threat: competition from the barred owl.

The Fish and Wildlife Service has since said the northern spotted owl warrants being moved up to the more robust “endangered” status because of continued population declines. But the agency refused to do so last year, saying other species took higher priority.

That decision is facing a legal challenge led by the Center for Biological Diversity.