The top spokesman for the Department of Health and Human Services apologized to his staff for reportedly accusing CDC officials of plotting against President Trump. 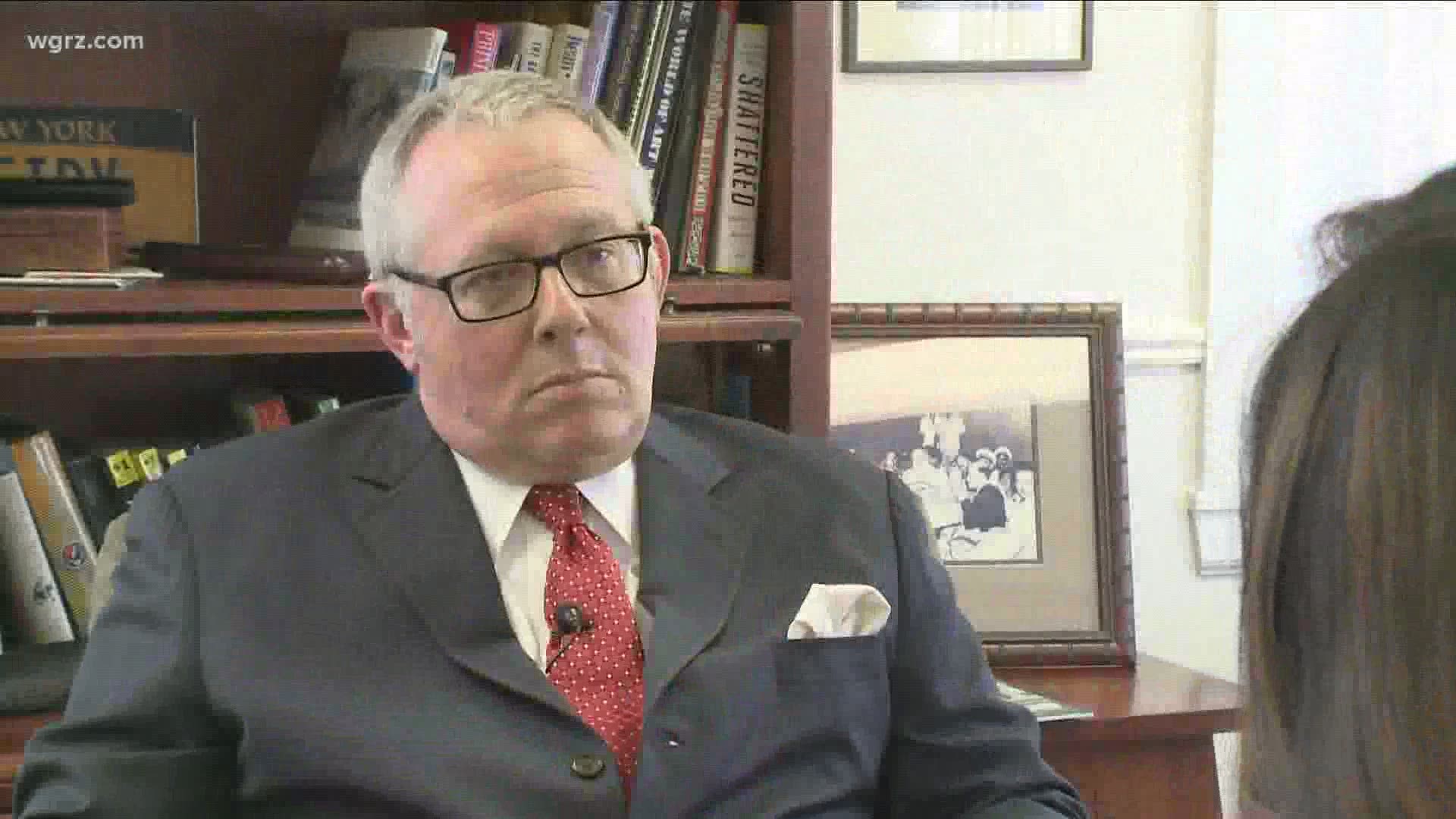 WASHINGTON — The Trump administration health official embroiled in a furor over political meddling with the coronavirus response is taking a leave of absence, the government announced Wednesday.

The Department of Health and Human Services said in a statement that Michael Caputo was taking the time “to focus on his health and the well-being of his family.”

Caputo, the department's top spokesman, apologized on Tuesday to his staff for a Facebook video in which he reportedly said scientists battling the coronavirus are conspiring against President Donald Trump and warned of shooting in America if Trump were to lose the November election.

The Trump appointee also was accused of trying to muzzle a scientific weekly put out by the Centers for Disease Control and Prevention.

Caputo, a fierce Trump loyalist who had no health care experience when he was appointed to the HHS job, had become a significant new problem for a White House that has struggled all year with its coronavirus response. Democrats on Capitol Hill had called for Caputo's resignation.

His appointment at the health agency was seen as an attempt by the White House to exert more control over Health and Human Services Secretary Alex Azar, whom other administration officials were trying to blame for the government’s slow response in the initial weeks of the pandemic.

Caputo can be heard on an HHS podcast asserting that Democrats do not want a coronavirus vaccine before the election in order to punish Trump. Although Trump has made the same assertion, with no evidence to support it, such broadsides are not in a department spokesman’s normal portfolio.

RELATED: US outlines sweeping plan to provide free COVID-19 vaccines to all Americans

RELATED: Democrats to investigate whether officials meddled with coronavirus data

News reports alleged last week that Caputo’s office tried to take over and muzzle a scientific weekly from the Centers for Disease Control and Prevention that publishes what is supposed to be authoritative, unvarnished information about disease-fighting efforts, including, most importantly at present, COVID-19.

Then on Monday came an account of the video on Caputo’s personal Facebook page in which he accused government scientists of conspiring against Trump and suggested violence could break out after the Nov. 3 election.

On a taxpayer-funded podcast earlier this summer he accused Democrats and the media of not wanting a coronavirus vaccine until after the elections in order to defeat Trump.

“There are people in the United States government on the Democrats’ side ... (who) do not want a vaccine,” he said. "They don’t want a vaccine until November 4th,” he added, citing the day after the election.

It’s highly unusual to use an agency communications platform for such a blatantly political message.

After consultation with President Trump and Secretary Azar, I have decided to take a temporary medical leave of absence to pursue necessary screenings for a lymphatic issue discovered last week.

My experience mirrors that of many Americans. When I first noticed I was losing weight, I thought it was because of a new exercise and diet regimen. But over time, I realized there may be other factors causing my weight loss for months.

Instead of taking the time to see my doctor, I failed to do so. This was a mistake, and contributed to my stress level, along with the increasing number of violent threats leveled at me and my family back in Buffalo. But every American battling COVID — in every city in every state across the nation — has been under enormous pressure. I am just one of them.

I’ve learned so much in friendship with the doctors of the President’s Coronavirus Task Force. Sometimes we disagree, but we work in unity to defeat the virus and we care for one another. I want to thank Dr Tony Fauci for conferring with my personal physician as we get the healthcare I long needed, and yet neglected, through the pandemic.

Our family is blessed. We urge all Americans to see their family doctor for the healthcare they need but have missed for months during this crisis. Do it today.