Strawberries, spinach among produce with most pesticide residue, study finds

The report also found that over half of their kale samples were tainted with a possible cancer-causing chemical. 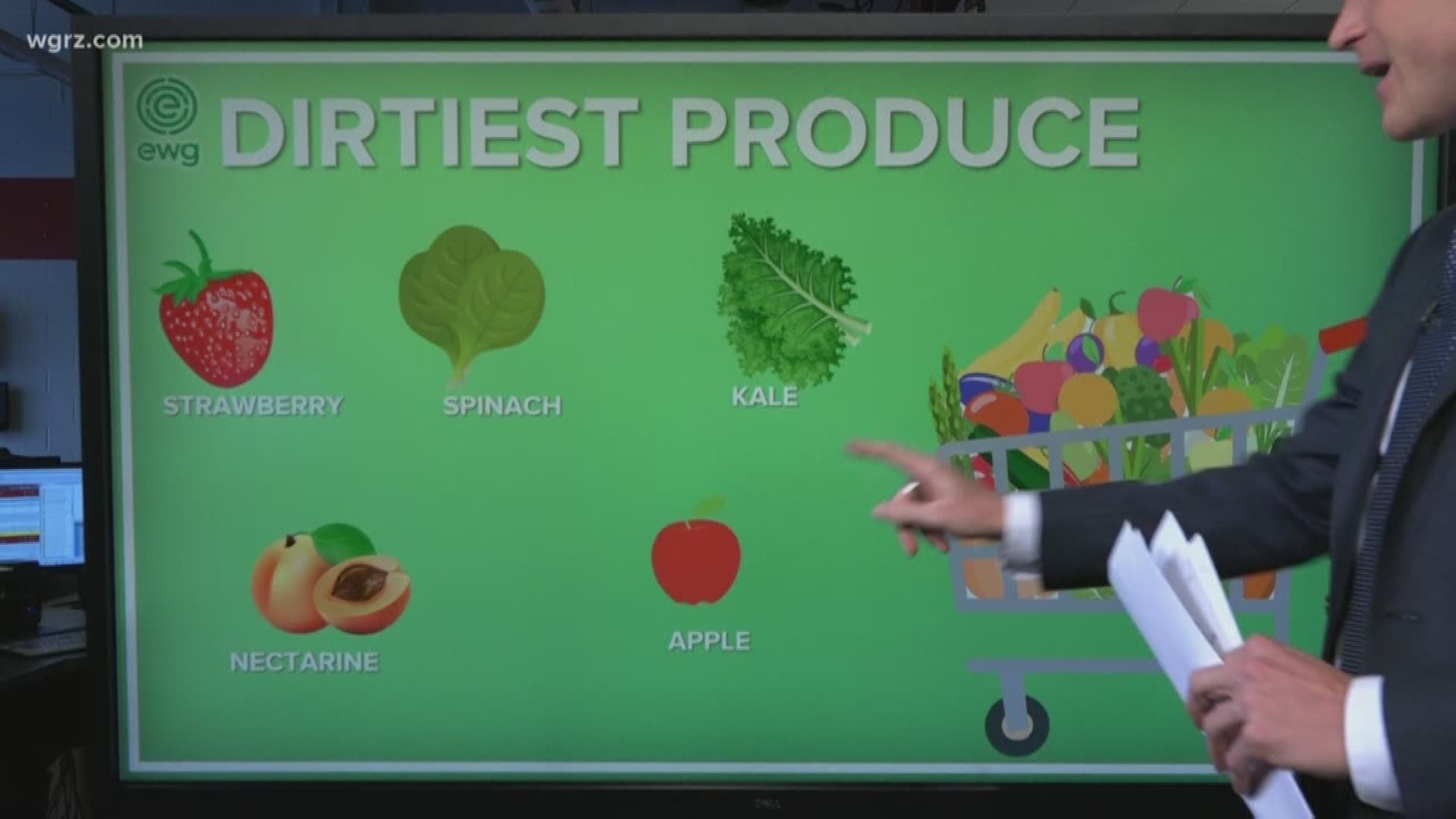 Consumers may want to think twice about what they’re putting into their shopping cart the next time they stroll through the produce section of a grocery store.

According to a newly released report from the Environmental Working Group, nearly 70 percent of the produce sold in the U.S. come with pesticide residue.

The advocacy group came to this conclusion after analyzing test data form the Department of Agriculture. In their 2019 Shopper’s Guide to Pesticides in Produce report, they ranked twelve fruits and vegetables that contained the most pesticide residue in a list called the “Dirty Dozen.”

They found that 90 percent of the samples of strawberries, apples, cherries, spinach, nectarines and kale tested positive for two or more pesticide residues. As if there were any more reason to ditch the kale, the report also found that the leafy green showed 18 different pesticides.

To steer consumers in the right direction, the advocacy group also published a list called the “Clean Fifteen” that ranked the fruits and vegetables with the least amount of pesticide residue.

In contrast to the “Dirty Dozen” list, more than 70 percent of the sampled foods above had no pesticide residue.

All the produce was washed before testing, which dispels the theory that washing fruits and vegetables gets rid of all pesticide residue.

The "Dirty Dozen" list has often been criticized for being misleading. Some scientists believe that the way the EWG analyzes its data is flawed. According to the Journal of Toxicology, the levels of pesticides found in the Dirty Dozen all fell below the EPA limit. In a response to last year's "Dirty Dozen" report, Monsanto also highlighted that fact in a press release.

"Even at the highest level reported by the EWG (1,300 ppb), an adult would have to eat 118 pounds of the food item every day for the rest of their life to reach the EPA’s limit," the release said.