The platforms were down for more than six hours on Monday. 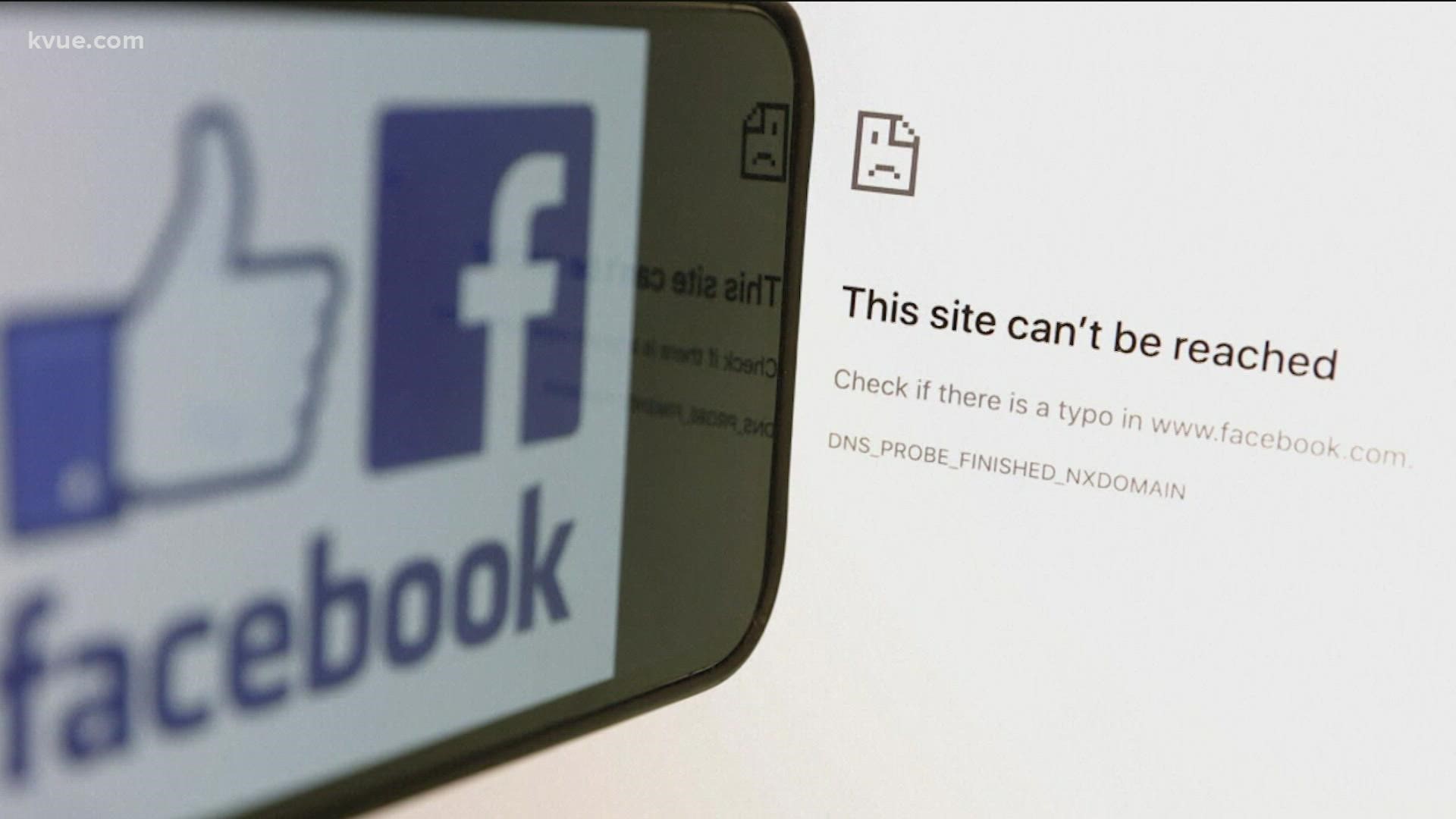 AUSTIN, Texas — Facebook, Instagram and WhatsApp are running again after a more than six-hour outage on Monday.

The three social media platforms are all owned by Facebook. The company's chief technology officer tweeted that the company was experiencing network issues but did not give any specifics.

The platforms going down triggered a ripple effect. For some, it made it difficult to work. For others, it helped.

"I did try, but because it was down, it kept me off of my phone at work," said Jeremy Littlefield.

It did not just stop one of the most significant forms of communication, but also how users make money.

"Facebook, Instagram and other platforms like them are a core source of advertising for a variety of groups around the world," said head of UT propaganda research Samuel Woolley. "So the fact that these platforms went down was costing both the people that advertise and use them to make money, whether they're influencers, etc., but also Facebook untold amounts of money – millions and millions of dollars in all sorts of ad revenue."

According to Fortune magazine, the outage cost Facebook $60 million in foregone revenue.

Woolley also said this outage exposed how addicted some of us are to social media.

All of these outages happened just as a whistleblower accused Facebook of endangering the public by not doing enough to stop misinformation on its platform.

On Wall Street, Facebook's stock took a big hit. It fell by about 5% on Monday.