She wore it on a dare. 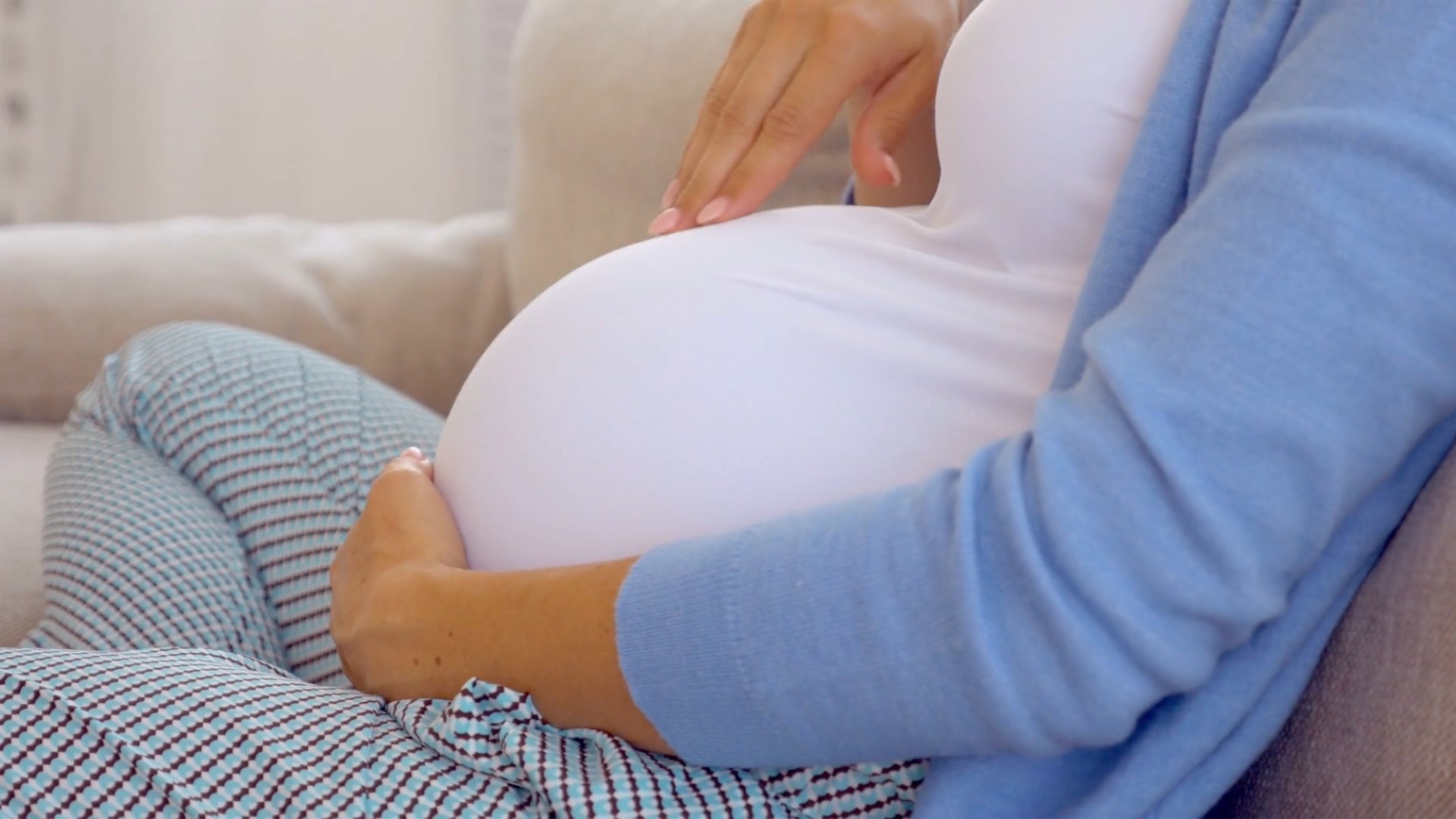 Johnson, who blew past her due date on Oct. 23, posted the image on Instagram wearing the red, white and blue leo with an artistic "USA" written across the chest. She accompanied it with a message of impatience as she waits for the couple's first child to show up.

Even with Johnson standing at 4-feet 11-inches tall and with a huge baby bump, the uniform still fits.

"fits a little different these days 😂 @andrewdeast dared me too hahah 40 weeks preggers. But no joke... this babes is already more rewarding than any medal was. BABY! GET HERE ALREADY! #pregnant #gymnastics," Johnson wrote.

Her husband also posted a video.

Johnson won four medals at the 2008 Games in Beijing, but her lone gold medal came on the balance beam, and she happened to be wearing that leotard. Her other medals were silver for team, individual all-around and floor exercise and all of them were in a different uniform.

The couple also posted a video on YouTube showing caricatures, drawn by an artist, of what their soon-to-be son or daughter might look like grown up. The artist took physical features from both Shawn and Andrew to come up with the looks.

The couple has been taking fans on their pregnancy journey, and has been very open about their struggles. On Oct. 21, they marked the two-year anniversary of the loss of Johnson's first pregnancy to a miscarriage. The couple learned the pregnancy was lost just hours after finding out Johnson was pregnant.

This current pregnancy has also come with struggles. They learned in July the baby's kidneys were underdeveloped, dilated and retaining "a bunch of fluid," according to Johnson. They also learned Johnson had a two-vessel umbilical cord while most pregnancies have a three-vessel cord. There was concern these two things could be a marker for Down Syndrome, but genetic testing later ruled that out.