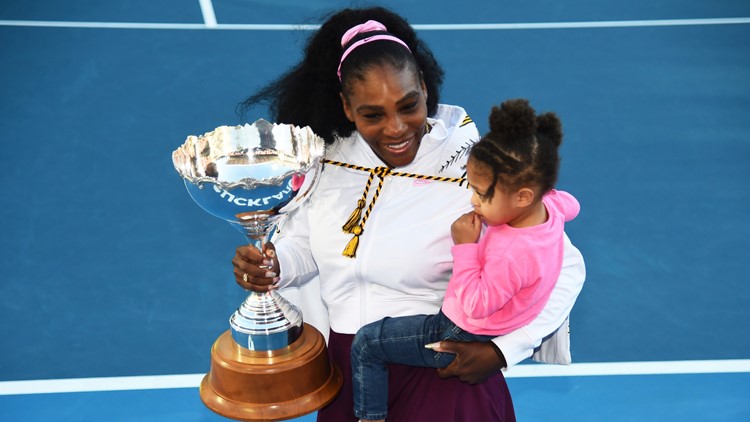 Williams announced that she will donate the $43,000 prize to help fight the Australian bushfires.

This is the first title the 38-year-old tennis star has won since the Sept. 1, 2017 birth of her daughter Alexis Olympia, with husband Alexis Ohanian.

"Oh, it feels good!" Williams said of the win. The tennis pro was quoted by CNN after the match saying, "It's been a long time. I think you could see the relief on my face."

And Williams is showing no sign of stopping, even after what she says was a very tough child birth saying, "that was really important for me, and I just want to build on it. It's just a step towards the next goal."

At the start of 2018, Williams opened up to Vogue Magazine about her life threatening child birth. She later penned an editorial for CNN where she wrote, "I almost died after giving birth to my daughter, Olympia. Yet I consider myself fortunate."

Her daughter was born by emergency C-section after the tennis pro's heart rate dropped dramatically, she wrote in the CNN editorial. Willams wrote, "You have to be your biggest cheerleader, especially if you're feeling you're not doing everything right -- or even if you are doing everything right but things aren't working out for you."

Next up for Williams is preparing for the Australian Open tournament which she has already won seven times. That tournament begins Jan. 20.