The radio show host made the announcement Monday on his nationally-syndicated show. 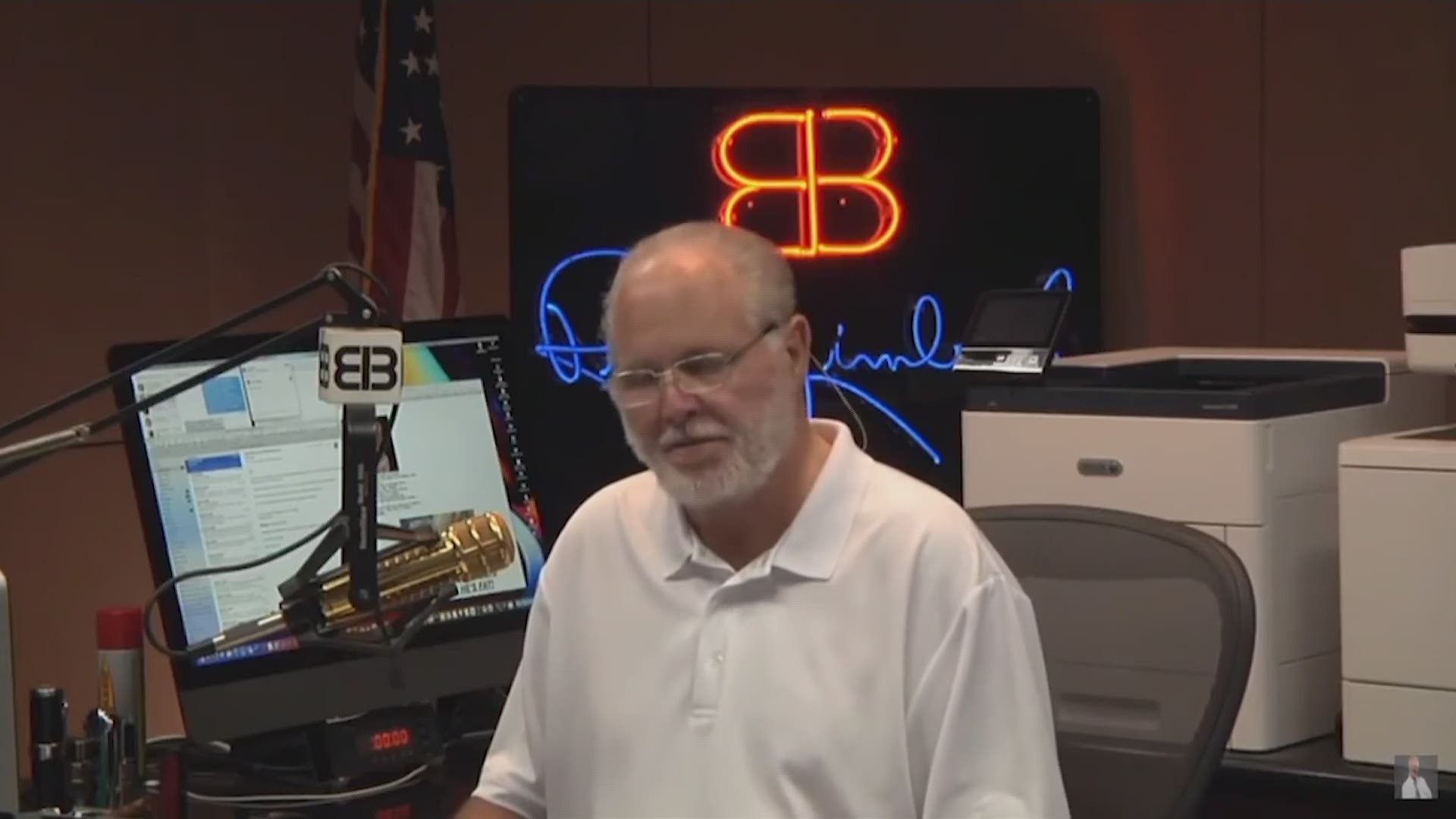 WASHINGTON — Rush Limbaugh has announced to the nation that doctors have diagnosed him with advanced lung cancer.

The 69-year-old influential conservative talk show host first made the announcement to listeners of his radio show Monday. Limbaugh said that it was when he began having shortness of breath, he decided to see a doctor and that was when the cancer was discovered.

Limbaugh has been hosting his nationally-syndicated show for 31 years. The radio host told listeners that he hopes to be back on the show Thursday.

Others in the industry have expressed their support for Limbaugh. Radio host Michael Savage wrote on Twitter Monday, "GET WELL SOON RUSH!"

Limbaugh said his diagnosis was confirmed by "two medical institutions back on Jan. 20." The Daily Caller posted audio from the show Monday on Twitter. Limbaugh told listeners that he tried to get through the diagnosis without telling anyone, and he thought about keeping his condition private.

Limbaugh said, "there are going to be days that I'm not going to be able to be here, because I'm undergoing treatment or I'm reacting to treatment." The radio host said that his expected absences from the show worried him, as he didn't want anyone wondering why he was absent and he didn't want to have to hide the situation.

As the Associated Press reports, Limbaugh said he had been experiencing shortness of breath that he initially thought might be heart-related but it turned out to be a pulmonary malignancy.

Rush Limbaugh's show released a full clip and transcript of the moment here:

“I have been diagnosed with advanced lung cancer. Diagnosis confirmed by two medical institutions back on January 20. First realized something was wrong on my birthday weekend January 12. And I wish I didn’t have to tell you this and I thought about not telling anybody. I thought about trying to do this without anybody knowing because I don’t like making things about me. But there are going to be days that I’m going to be able to be here because I’m undergoing treatment or I’m reacting to treatment. And I know that that would inspire curiosity with people wondering what’s going on. Worst thing that can happen is when there is something going on and you try to hide it and cover it up and eventually it’s going to leak and people are like why didn’t you just say it? Why’d you try to fool everybody. And it’s not that I want to fool anybody I don’t want to burden anybody with it. And I haven’t wanted to. But it is what it is. And you know me, I’m the mayor of realville. So this has happened and my intention is to come here every day I can and to do this program as normally and as competently and as expertly as I do each and every day because that is source of my greatest satisfaction professionally, personally.”