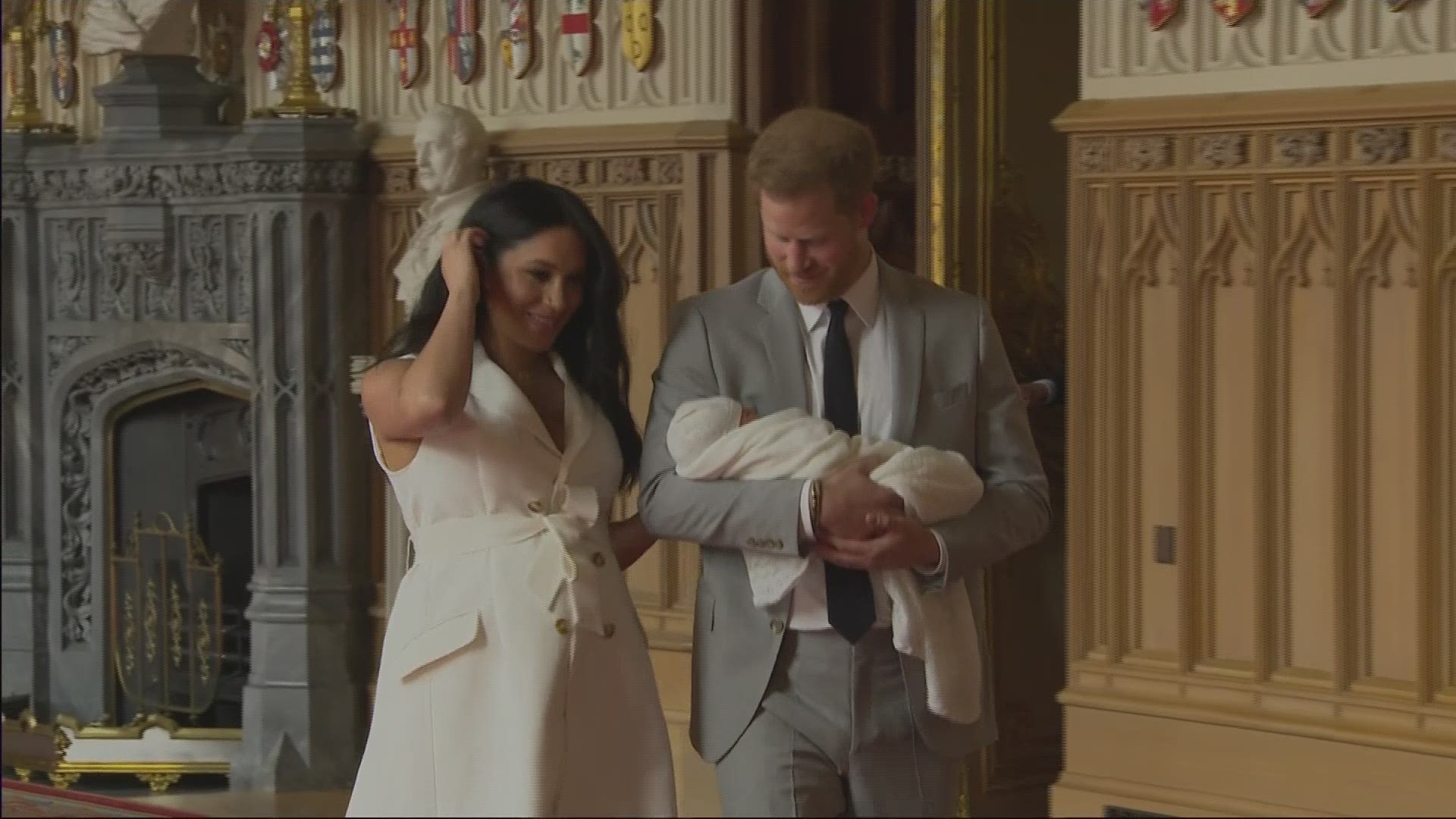 The Duke and Duchess of Sussex have chosen a name for their firstborn son.

The couple made their announcement on Instagram. They've named their son Archie Harrison Mountbatten-Windsor. Archie made his first public appearance earlier today at Windsor Castle. He later met his great-grandparents, Queen Elizabeth and Prince Philip.

"It's pretty amazing," said the 37-year-old American, formerly known as Meghan Markle. "I have the two best guys in the world, so I'm really happy."

She said the baby had "just been a dream."

"He has the sweetest temperament. He's really calm," she said.

Harry quipped: "I wonder who he gets that from."

Meghan's mother, Doria Ragland, is staying with the couple at their Frogmore Cottage home near the queen's Windsor Castle residence.

Family members have welcomed the new arrival with Prince William, Harry's older brother, joking Tuesday that he will be glad "to welcome my own brother into the sleep deprivation society that is parenting!"

"Obviously thrilled, absolutely thrilled, and obviously looking forward to seeing them in the next few days," William told reporters.

Meghan, the former star of the TV show "Suits," married Harry, the ex-soldier younger son of Prince Charles and Princess Diana, in May 2018. An audience of millions around the world watched the spectacular televised wedding ceremony at Windsor Castle, 20 miles (32 kilometers) west of London.

1 / 5
AP
Britain's Prince Harry and Meghan, Duchess of Sussex, during a photocall with their newborn son, in St George's Hall at Windsor Castle, Windsor, south England, Wednesday May 8, 2019. Baby Sussex was born Monday at 5:26 a.m. (0426 GMT; 12:26 a.m. EDT) at an as-yet-undisclosed location. An overjoyed Harry said he and Meghan are "thinking" about names. (Dominic Lipinski/Pool via AP)