Read: The cartoonist who drew Barbara Bush reuniting with Robin reflects on her death

'I don't know if she would have liked it or not... All I know is drawing it made me remarkably sad,' writes cartoonist Marshall Ramsey. 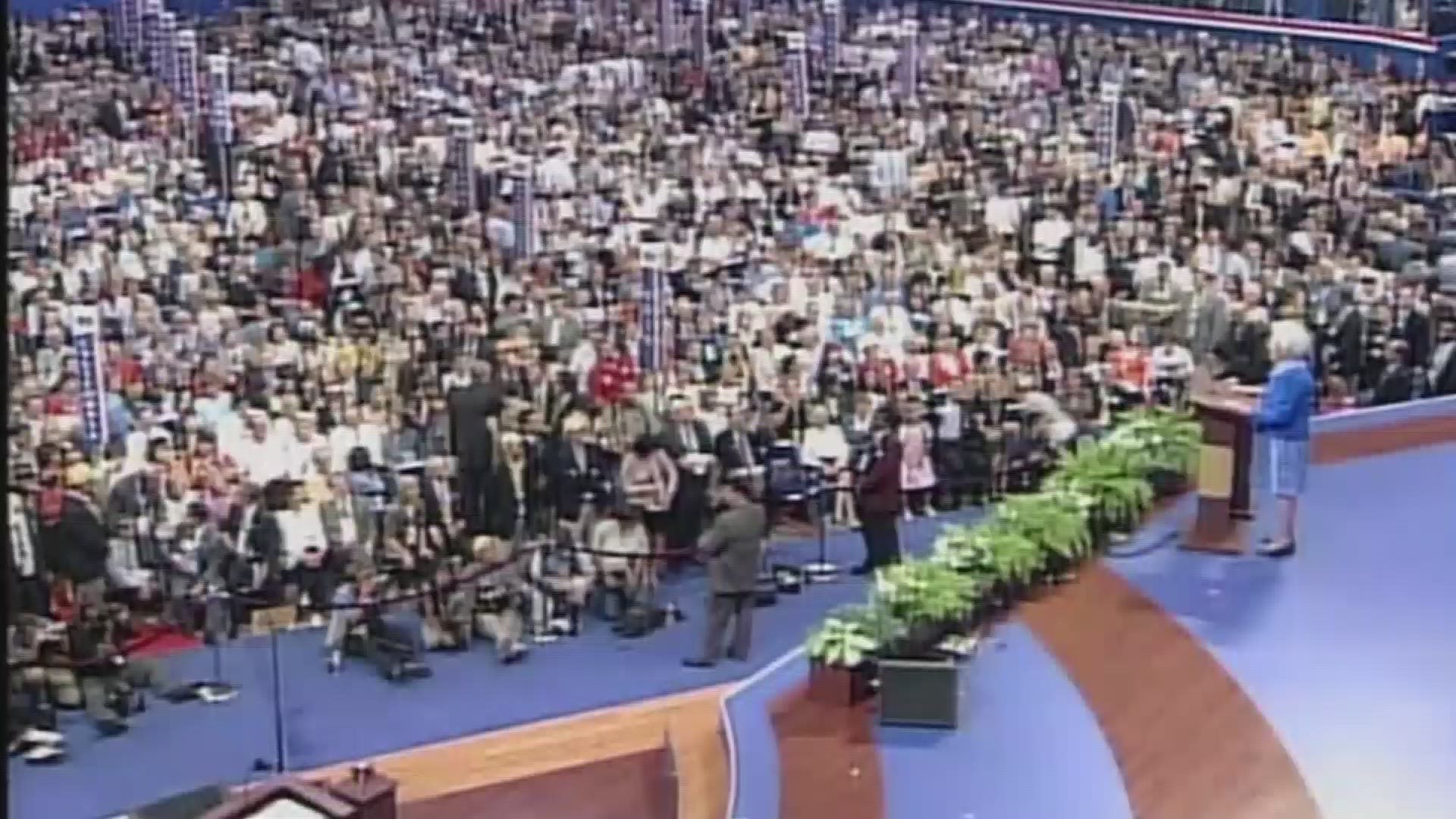 I've always joked that I'm not afraid of politicians but I'm terrified of their spouses. I remember once, Pat Fordice got the best of me at a public speech at Galloway United Methodist Church. I was speaking, said that line about spouses and she jumped up and yelled from the back, "Don't worry honey, I love the beret."

I nearly dove under the table as she (thankfully) laughed.

In 1988, I started my full-time cartooning career as a cartoonist at The University of Tennessee in Knoxville. My first president to draw was George H.W. Bush. I think it's safe to say that First Lady Barbara Bush, who was quite protective of her husband, wouldn't have liked my cartoons very much. (and that's not even mentioning the ones I drew about her son.) I probably would have been a wee bit terrified of her.

Someone sent this to me—I don’t know the artist but I love him. Miss you Gans.

She died Tuesday night of COPD (a very difficult lung disease) with her husband of 73 years holding her hand and her beloved family nearby. Today, I did a cartoon about her. I don't know if she would have liked it or not (she really wasn't that into the limelight, so probably not). All I know is drawing it made me remarkably sad.

Which on paper, doesn't make any sense at all. I never met her. I was once in the same room with the president but she wasn't there. But I felt like I knew her. We all did. She reminded us of someone we knew. For many of us, she could've been our grandmother or a great aunt. She was tough, witty, opinionated, stubborn, classy, real, ornery, loving, loyal, determined, self-effacing and protective. She did not like Bill Clinton because of the race he ran against her husband. Over time though, her opinion mellowed and eventually, she considered him another one of her kids. She represented something that doesn't really exist in politics today — just because someone was from another party didn't mean they are evil. She and the president were good friends with Representative Sonny Montgomery. I have to believe he is giving her a tour of heaven today.

She had an abundance of self-esteem. That confidence gave her the ability to laugh at herself. (There aren't many politicians who can do that these days.) And while the Bush family was anything but poor, she faced life challenges that would send many of us to our knees. She earned that strength and confidence. Early in their marriage, the couple's daughter Robin was diagnosed with leukemia. When the doctors told them to take her home to die, they poured their resources and hearts into finding a cure. They didn't. Robin died at the age of 3. I've read that Barbara's hair prematurely turned gray due to the stress from it. I can believe it.

She will be buried near Robin at the George Bush Presidential Library and Museum in College Station, Texas. She had pearls of steel.

When I sat down Tuesday night and thought about what I'd draw for her obituary cartoon, I thought of several ideas. One idea had St. Peter saying to another angel, "I just said, 'yes ma'am' and then let her in." Another had a string of pearls labeled with words like strength, humor, love, mother, wife, honesty, directness, etc." But I decided to draw one with her being met by her beloved daughter Robin. It was a different direction than my first ideas, but I think the best one.

But like I said before, her death has left me sad. Sad for a passing of an era. The time when politics was about service. Maybe, though, we can learn from her. We mourn but what can we learn from her? Here are few thoughts:

Be loyal to your family. Defend them when they deserve it and be "the Enforcer" when they don't.

Never be afraid to speak your mind — even if it gets you in trouble.

Go out with a glass of bourbon in one hand and your spouse's hand in the other.

Never take yourself too seriously.

Even if your pearls are fake, make sure you are real.

Make the people you love laugh.

Put your family first. Your career won't be holding your hand at the end.

Fight the good fight but when your time comes, have the courage to know it. Choose to be made comfortable at the end.

President Bush had this statement about his late wife today that gave us all a glimpse into their love and humor-filled relationship (and his toughness): “I always knew Barbara was the most beloved woman in the world, and in fact, I used to tease her that I had a complex about that fact. But the truth is the outpouring of love and friendship being directed at The Enforcer is lifting us all up. We have faith she is heaven, and we know life will go on — as she would have it. So cross the Bushes off your worry list.”