The 95th birthday of Queen Elizabeth II falls within the two-week royal mourning period for Philip that is being observed until Friday. 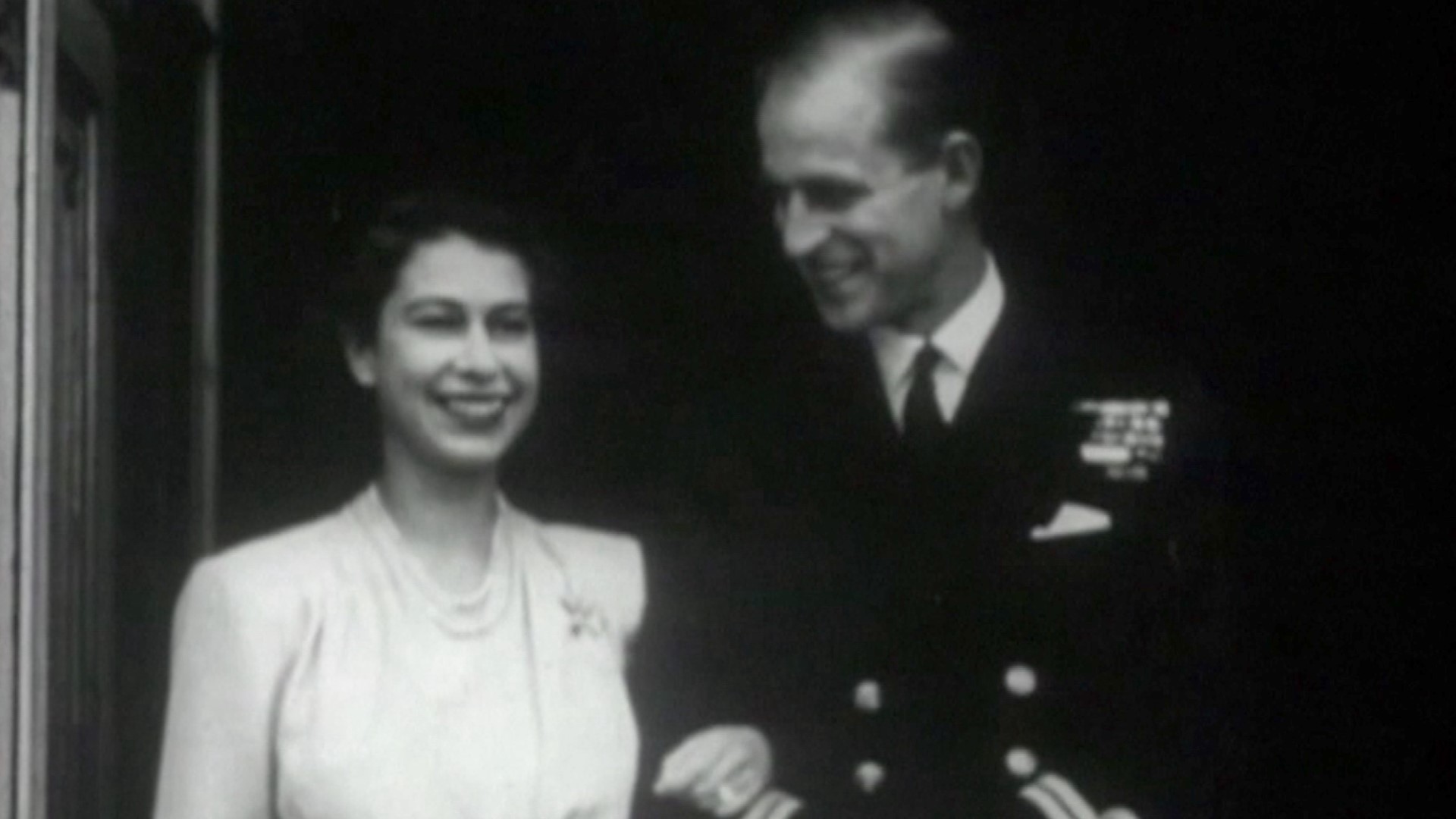 LONDON, UK — Queen Elizabeth II has expressed her thanks for all the “support and kindness” shown following the funeral of her husband, Prince Philip.

In a statement Wednesday posted on her Twitter account on her 95th birthday and which she personally signed off as Elizabeth R, the monarch said it has been “a comfort” to “see and to hear all the tributes to my husband" from within the U.K., the Commonwealth and around the world.

Philip, also known as the Duke of Edinburgh, died on April 9 at age 99. Family and friends gathered for his funeral at St. George’s Chapel in Windsor on Saturday to say their final farewells.

“My family and I would like to thank you all for the support and kindness shown to us in recent days,” she said in her first remarks since Philip's funeral on Saturday, which was limited to only 30 guests because of coronavirus restrictions.

ordinary impact on countless people throughout his life,” she added.

The Queen’s message to people across the world who have sent tributes and messages of condolence following the death of The Duke of Edinburgh. pic.twitter.com/1apW7s1zXS

Because of the limits on gatherings, the funeral wasn't accompanied by throngs of people arriving in Windsor to pay their respects to Philip.

However, the public have found other ways of getting their messages of support to the royal family. Floral tributes with cards and letters have been left at royal palaces, and an online book of condolences has been opened offering people across the globe the opportunity to share their memories of Philip.

“We have been deeply touched, and continue to be reminded that Philip had such an extraordinary impact on countless people throughout his life,” she added.

The queen said she had received “many messages of good wishes” for her 95th birthday, which she “very much” appreciated.

British Prime Minister Boris Johnson was one of many people who sent best wishes to the monarch.

“I have always had the highest admiration for Her Majesty and her service to this country and the Commonwealth," Johnson said on Twitter. “I am proud to serve as her prime minister.”

I would like to send my warm wishes to Her Majesty The Queen on her 95th birthday.

I have always had the highest admiration for Her Majesty and her service to this country and the Commonwealth.

I am proud to serve as her Prime Minister.

RELATED: Queen enters 'twilight' of reign after farewell to Philip

His death came a few months before his 100th birthday, which was due to be the focus of royal celebrations this year, while the queen’s 95th was always set to be a more low-key event.

Today is The Queen’s 95th birthday.

HM was born on 21 April 1926 at 17 Bruton Street in London, the first child of The Duke and Duchess of York.

This year The Queen remains at Windsor Castle during a period of Royal Mourning following the death of The Duke of Edinburgh. pic.twitter.com/kOeH399Ndp

RELATED: Prince Philip laid to rest in ceremony praising his courage and support for the queen

RELATED: Why the Queen sat alone at Prince Philip's funeral

RELATED: Prince Philip vs Philip of 'The Crown': Fact and fiction

RELATED: Prince Philip and Queen Elizabeth II were already related before they married