The president will speak to reporters Wednesday, a day after a televised town hall where voters confronted Trump on a number of issues including COVID-19. 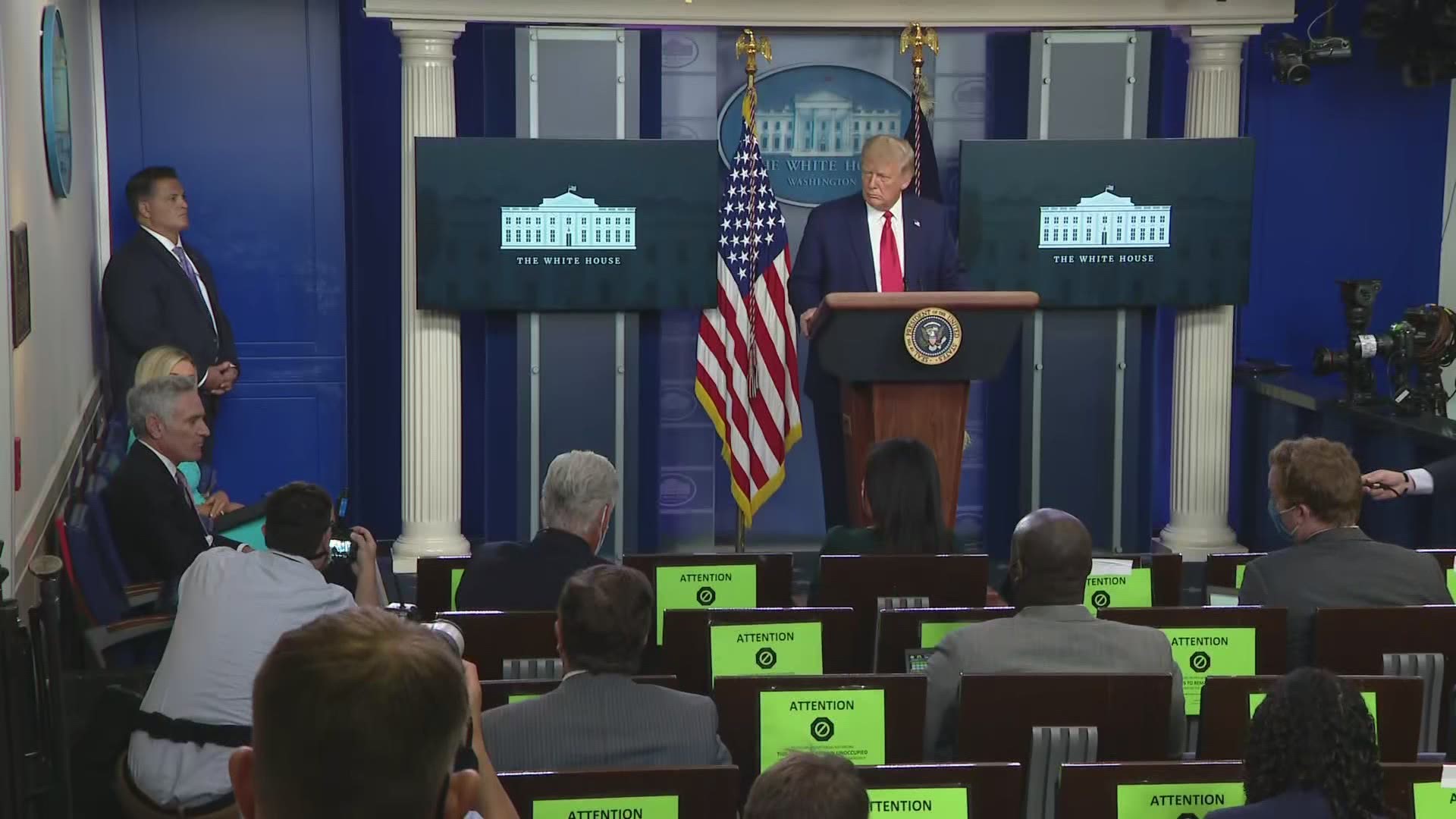 The briefing comes one day after the president participated in a televised town hall in front of undecided Pennsylvania voters, giving the country a preview of how he may approach his debates with Democratic nominee Joe Biden.

During Wednesday's briefing, when asked about a vaccine timeline President Trump just said a vaccine should come "very soon."

During Tuesday night's town hall, Trump again tried to express his view on the handing of the coronavirus pandemic, and the president showed he has issues with the science.

White House press secretary Kayleigh McEnany on Wednesday was asked whether the White House was now counting on herd immunity to deal with the virus.

Trump said during the ABC News town hall on Tuesday that eventually there will be herd immunity to the virus, but that with a vaccine, the virus will go away “very quickly.”

For the United States to reach herd immunity against the coronavirus, most experts say, the nation would likely need to vaccinate roughly 70% of Americans.

“Herd immunity has never been a strategy here at the White House,” McEnany said. “The president last night was noting ... over a period of time a country, a society, can reach herd immunity. It’s a fact. It was not a strategy ever presented here at the White House. And in fact, he went on, in that very same exchange, to say with the vaccine, this will go away very quickly noting our strategy is to get a vaccine.”

Rival Biden says that while he trusts what scientists say about a potential coronavirus vaccine, he doesn’t trust President Donald Trump.

Biden spoke to reporters at an event Wednesday in Wilmington, Delaware, after being briefed by public health experts about a potential vaccine. He mentioned what he called Trump’s “incompetence and dishonesty” surrounding the distribution of personal protective equipment and coronavirus testing. Biden says, “We can’t afford to repeat those fiascos when it comes to a vaccine.”

He went on to say: “I trust vaccines, I trust scientists, but I don’t trust Donald Trump, and at this moment, the American people can’t, either.”

The Trump campaign has accused Biden and his running mate, Kamala Harris, of sowing doubt about a potential vaccine by expressing concerns that politics count taint the approval process.

Asked whether his comments could undermine public trust in scientists, Biden said the vaccine approval process should be “totally transparent” and it should be evaluated by a “board of scientists” that could give the public an unbiased opinion.