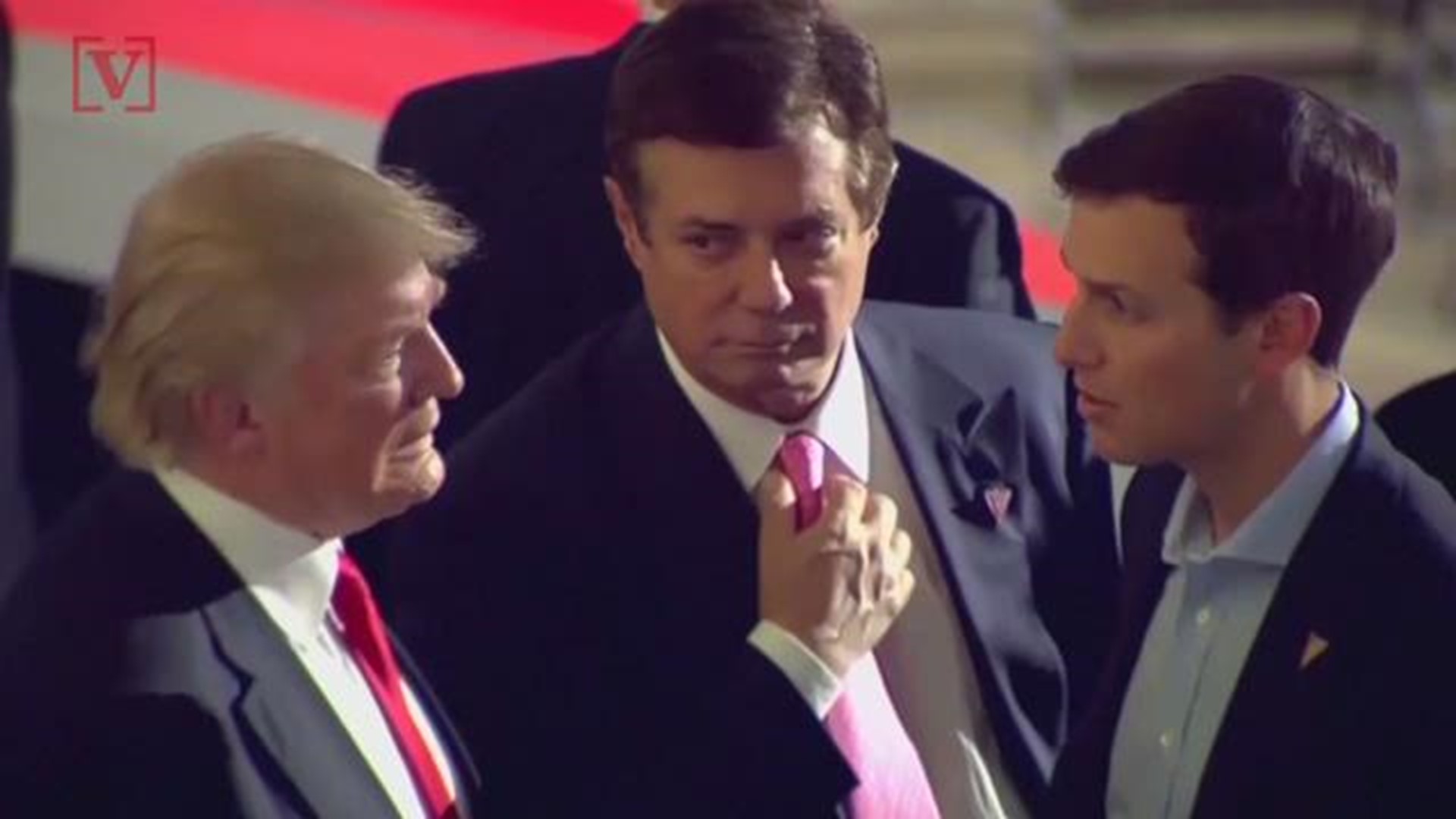 Manafort's deal with prosecutors allows him to avoid a second federal trial in the District of Columbia after he was convicted of tax and bank fraud charges by a federal court jury in Virginia. Manafort faces up to a decade in federal prison for the two conspiracy charges.

The plea agreement makes Manafort the latest member of Trump's inner circle to cooperate with the investigation that has loomed over his presidency. And it suggests that investigators, who have brought charges against four Trump aides and two groups of Russian operatives, still have other targets in their sights.

As recently as last month, Trump praised his former campaign manager, who he said said was a "brave man" who "refused to break." On Friday morning, however, that refusal came to an abrupt end. One of the prosecutors, Andrew Weissman, confirmed in court that Manafort was cooperating with the government's investigation.

Manafort, wearing a dark suit, white shirt and purple tie, appeared upbeat as he arrived in court where he quickly took his place at the podium to enter his plea of guilty to two conspiracy counts, including conspiracy to obstruct justice.

In brief responses, Manafort, 69, said he had sufficient time to consider his plea and that he was of sound mind.

"Once again an investigation has concluded with a plea having nothing to do with President Trump or the Trump campaign," Trump's attorney, Rudy Giuliani, said Friday. "The reason: the President did nothing wrong."

Prosecutors working for Mueller earlier filed a new set of charges against Manafort on Friday in which they accused him of conspiring against the United States when he worked as an unregistered agent of a pro-Russian political faction in Ukraine and of conspiring to obstruct justice by seeking to persuade two people who had helped with that work to offer inaccurate accounts to federal investigators.

The charges replace a raft of separate accusations that Manafort had failed to register as a foreign agent, lied to the government, laundered money and committed fraud. In the filing on Friday, Mueller's office said Manafort laundered more than $30 million from his work for former Ukrainian President Viktor Yanukovych, then "used his hidden overseas wealth to enjoy a lavish lifestyle in the United States." The crime, prosecutors said, spanned 11 years, ending in 2017.

On Friday morning, Weissman walked methodically through the assortment of allegations in a packed federal courtroom in Washington. When he finished, U.S. District Judge Amy Jackson asked Manafort whether it was all true.

Manafort’s wife, Kathleen, declined comment as she awaited the hearing.

She has been a constant presence at her husband’s court hearings and attended every day of testimony at Manafort’s trial last month in Virginia.

In addition to the criminal charges, prosecutors said in a court filing that Manafort could be forced to forfeit assets that would deal him a significant financial blow: four houses he owns, including an expansive retreat in the Hamptons, plus four bank accounts and the proceeds of a life insurance policy.