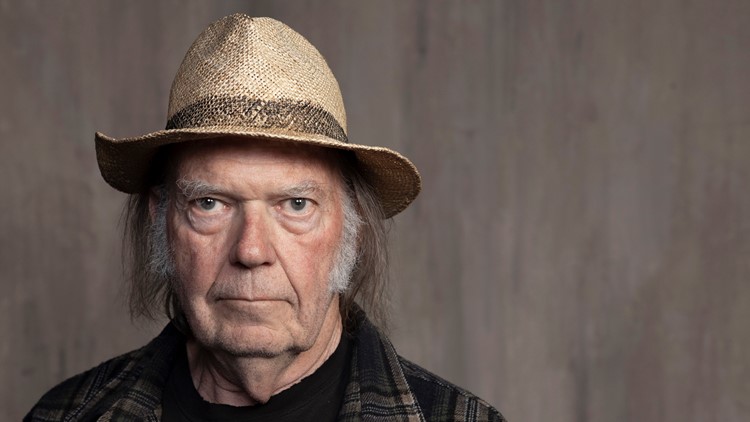 Canadian singer-songwriter Neil Young has penned a scathing letter to President Donald Trump, calling him "a disgrace" to the country for his policies on climate change and international diplomacy.

The singer, who recently obtained his dual citizenship with the United States, also called out the president for using his songs during rallies.

"You are a disgrace to my country," Young wrote on his website, the Neil Young Archives. The site is formatted to look like a newspaper that he called the "NYA Times-Contrarian."

"Your mindless destruction of our shared natural resources, our environment and our relationships with friends around the world is unforgivable."

RELATED: Trump apparently not a fan of 'Parasite'

Young compares Trump to his predecessor, President Barack Obama, saying the economic gains Trump brags about should be credited to Obama.

"Bragging about the US economy does not disguise the fact that the numbers today are what you inherited almost four years ago," he wrote. "Our first black president was a better man than you are."

Trump has said he is a fan of Young and the president often uses his songs at rallies, much to Young's chagrin.

"Every time 'Keep on Rockin' in the Free World' or one of my songs is played at your rallies, I hope you hear my voice," he wrote. "Remember it is the voice of a tax-paying US Citizen who does not support you."

Young hints at his support of Democratic presidential candidate Bernie Sanders towards the end of his letter, referring to him only by his initials. He recently revealed on Instagram that he had registered to vote as a Democrat.

"One of your opponents has the answers I like," he wrote. "He is aiming at preserving our children's future directly. He is not popular with the democratic establishment because unlike all the other candidates, he is not pandering to the industries accelerating Earth's Climate Disaster, the end of the world as we know it."

"His initials are BS. Not his policies," he adds.