In China, a 'social credit system' could rank people on anything from finances to jay-walking

Experts say China is in the process of developing a Big Brother-like 'social credit system' that will assign a number to each of that country's nearly 1.4 billion citizens. 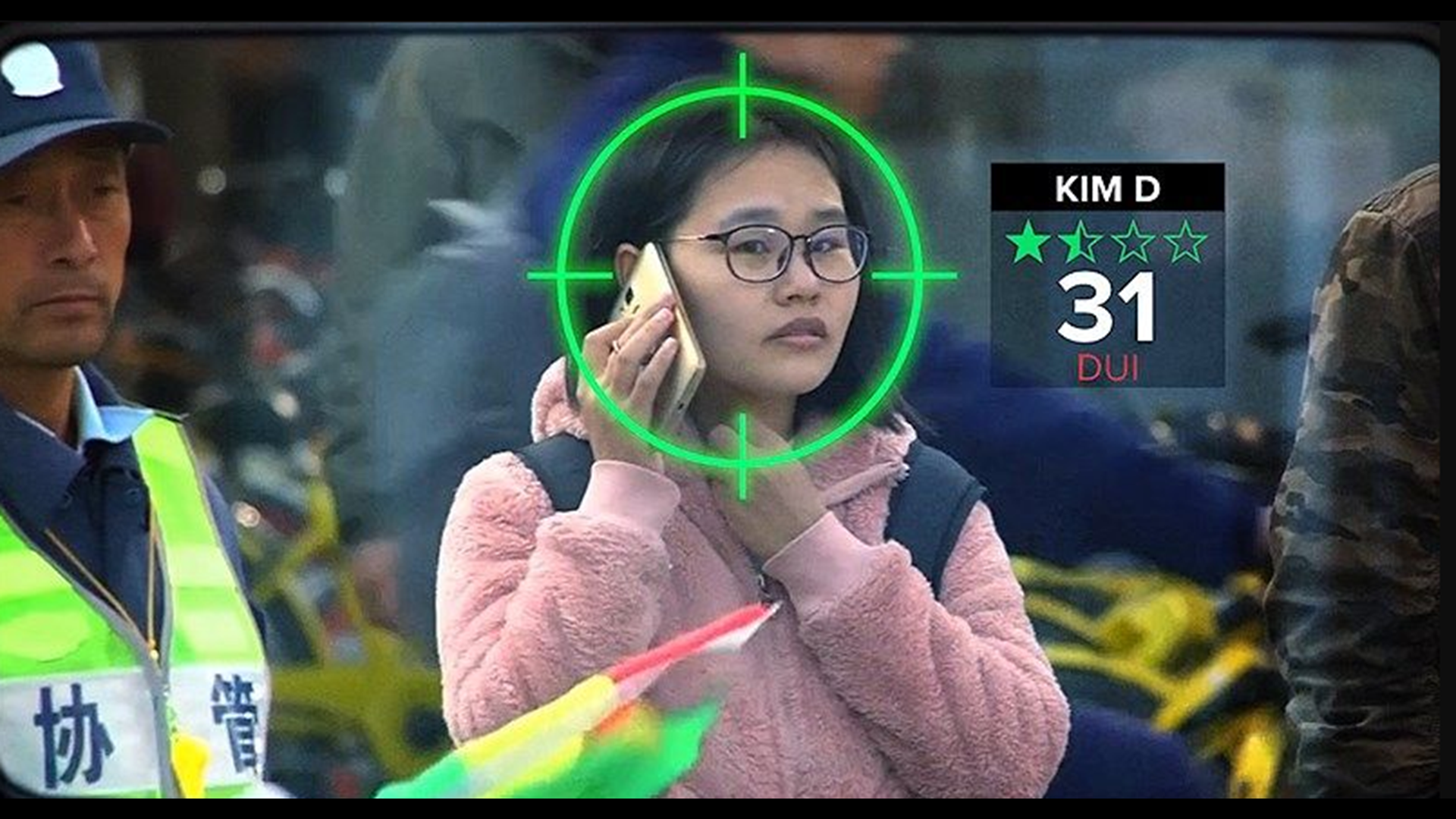 SAN DIEGO — It's a futuristic and frightful concept cleverly captured in a popular episode of “Black Mirror” on Netflix.

The premise is a system rating every person on everything they do, providing a numerical score that determines everything from where you live to how you travel and who you are friends with.

But this disturbing dystopian drama is far from fictional in China, which is now in the process of developing a Big Brother-like "social credit system" that will assign a number to each of that country's nearly 1.4 billion citizens.

He says this social credit system is an ambitious attempt by the Chinese government to pull together all kinds of personal information from finances to personal behavior.

Community service or buying Chinese-made products for example could boost your score.

While negative activities like tax evasion, fraud, smoking in non-smoking areas or even jaywalking - captured on one of China's hundreds of millions of surveillance cameras - could bring your number down.

Rewards for a high score can range from better interest rates to promotions at work. A high social score may even boost your profile on China's largest online dating site.

While a low-ranking social score can ban you from buying plane and train tickets, cars or real estate - and even keep your kids out of top schools.

"The intent is to create a black list,” said Guang.

Journalist Lie Hu is one of those who've already fallen on the black list and has been banned from flying after issuing a series of tweets criticizing the government.

"I can't buy property. My child can’t go to a private school,” said Hu. “You feel you are being controlled by the list all the time.”

Richard Madsen is a sociology professor at UCSD who has studied China extensively.

He says this push toward a nation-wide "social credit system" is the latest move to keep track of and control the population, which has roots in China's "dossier" system; a secret file maintained on each citizen throughout their lives.

"They know where you are. They can track you,” said Madsen.

As technology advances, that ability to track ordinary citizens becomes even more disturbing.

"I don't know how far it's going to go,” said Madsen. "The implications are scary.”

The concept is especially scary, considering how this new scoring system truly works has been kept secret.

"If you have a score that you don't like, how would you dispute it? How would you know what went into it,” said Madsen.

"The implications for the freedom of speech, that I think is tremendous and that's what worries a lot of people,” said Guang.