Harry and Meghan sue over photo of son at California home

Meghan and Harry said that a photo of Archie claims to be from an outing, when in fact it was clearly shot while he was in their yard, unbeknownst to them. 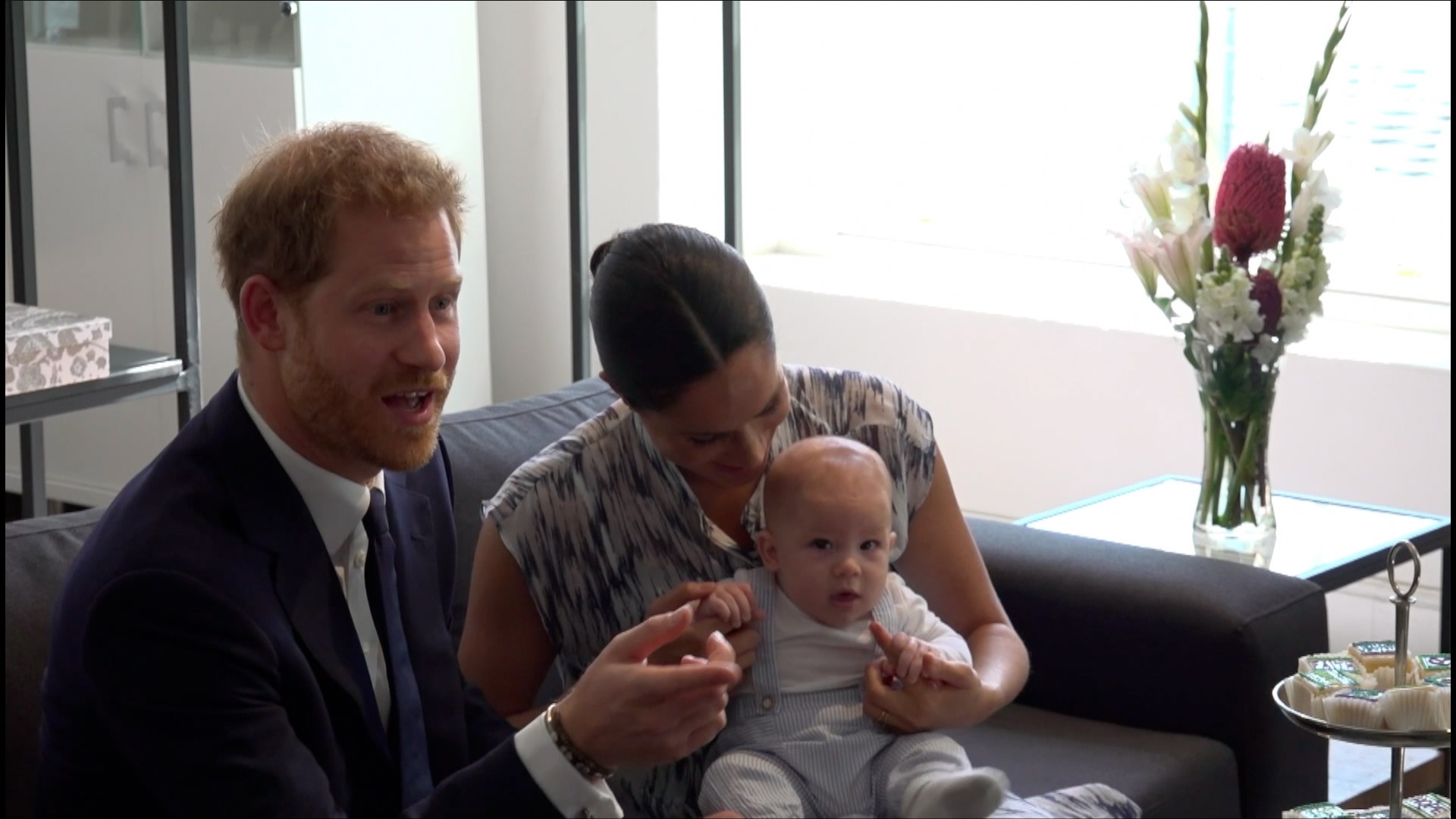 LOS ANGELES — Prince Harry and Meghan Markle sued Thursday to stop the sale and publication of a photo of their son Archie that they say was shot at their Los Angeles-area home in an invasion of their privacy.

The royal couple gives a detailed account in the lawsuit of the media harassment they say they've had to constantly fight in the months since they moved to Southern California.

“This action arises out of the relentless and quite frankly shocking efforts of the tabloid media to profit from serial intrusions of the privacy of a 14-month-old child in his own home," the suit says, ”and the desire and responsibility of any parent to do what is necessary to protect their children from this manufactured feeding frenzy."

Meghan and Harry said the tabloid harassment finally came to a head when they saw that a photo of Archie was being offered to media outlets that was purportedly taken on a family outing in Malibu, when in fact it was clearly shot while he was in their yard, unbeknownst to them.

“Archie has not been in public, much less in Malibu, since the family arrived here,” the lawsuit says.

It alleges the picture is mislabeled because the sellers knew it would be unlawful for them to sell a photograph of a child in his own home.

The couple has not learned the identity of the shooters and sellers of the photos, who are listed as John Does in the lawsuit filed in Los Angeles Superior Court. The plaintiffs are listed as Harry, The Duke of Sussex and Meghan, The Duchess of Sussex. The lawsuit seeks to identify the defendants, and for the court to issue injunctions requiring them to turn over all photos of Archie and cease harassing the family.

The lawsuit says the family was forced to erect a large mesh fence to block photographers with telephoto lenses from shooting pictures of them from a ridge hundreds of yards away from the home of a friend in a gated community where they have been living.

That led to the appearance of drones that flew as close as 20 feet above their home, as often as three times a day, in attempts to get photos, the suit says. Helicopters have flown over as early as 5:30 a.m., waking Archie and neighbors, and some photographers have cut holes in their mesh fence attempting to get shots of them.

Harry, grandson of Queen Elizabeth II and sixth in line to the British throne, married Meghan Markle, an American actress who grew up in Los Angeles, at Windsor Castle in 2018, in a posh ceremony watched around the world.

In January, the couple announced they planned to quit as senior royals, seek financial independence and move to North America. The split became official at the end of March.

The couple chose to live at least part-time in North America “to escape the incessant UK tabloid fabrications,” the lawsuit says. Meghan is also suing a pair of media outlets there for invasion of privacy and copyright infringement.

They were able to live quietly in North Saanich, Canada, for six weeks, the lawsuit says, before a British tabloid published their exact location and hordes of photographers descended, prompting them to head to the California home where their location was again published and paparazzi appeared in droves again.

“The plaintiffs have done everything in their power to stay out of the limelight, except in connection with their work, which they freely admit is newsworthy,” according to the lawsuit, which says they “simply want to continue the public impact work that is so important to them while having the private life to which any family or individual has the right.”