The owner initially tried to rescue the dog on his own. 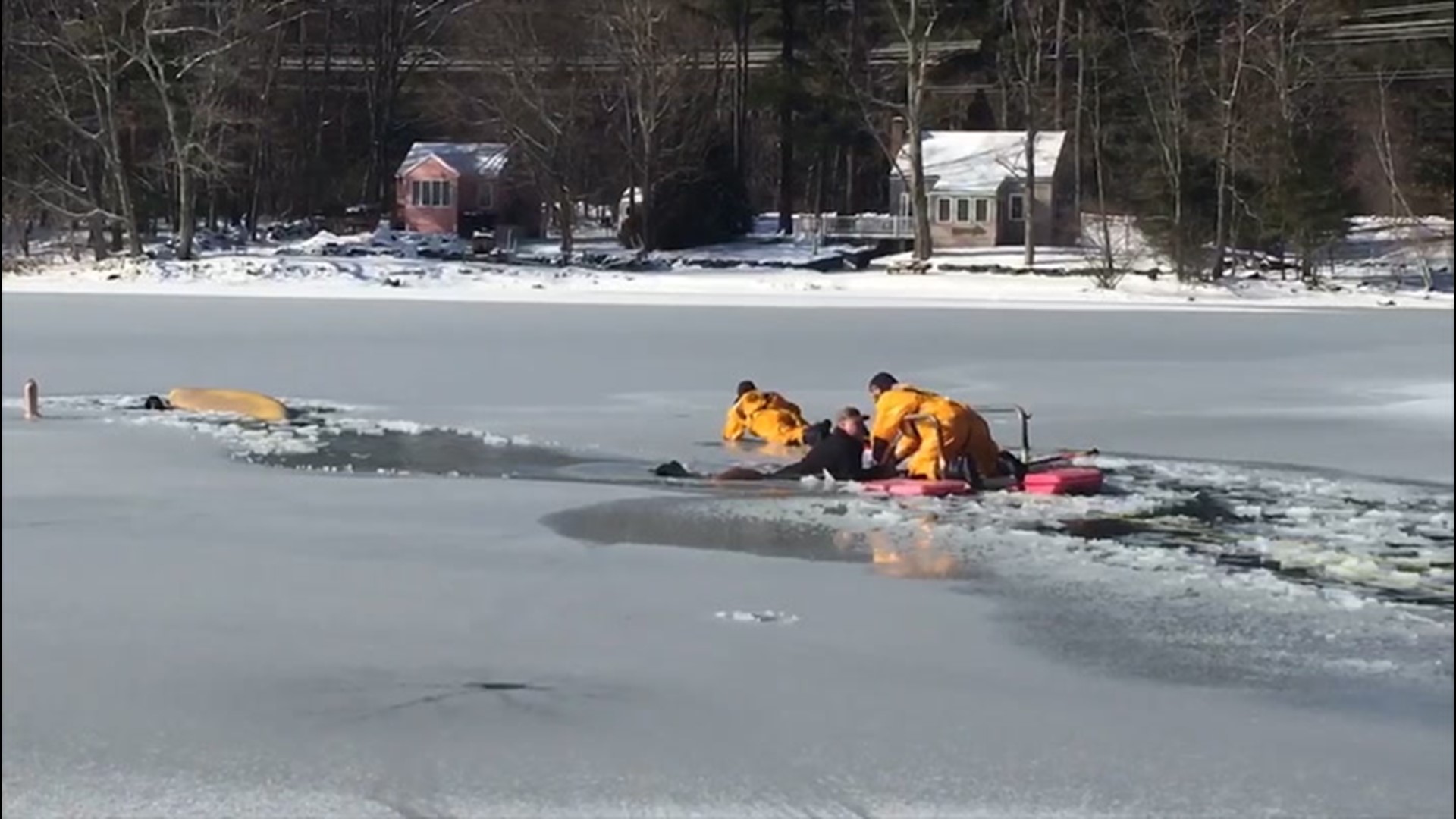 Firefighters in Massachusetts were dispatched to rescue a dog that had fallen into an icy pond. Then, they had to rescue the dog's owner.

The Sterling Fire Department posted on Facebook Sunday that a dog had fallen through the ice on East Waushacum Pond. As firefighters were headed there, they learned the dog's owner had tried to canoe out to the dog to rescue it, but he fell in, too, about 75 feet from shore.

During a 15-minute operation that included deploying an ice sled, firefighters entered the freezing water and rescued the owner, followed by the dog.

Both were OK, although the dog was a little bit hypothermic, the fire department said.

Sterling is about 35 miles west of Boston.

RELATED: Video: Octopus had bald eagle in death grip until fishermen stepped in