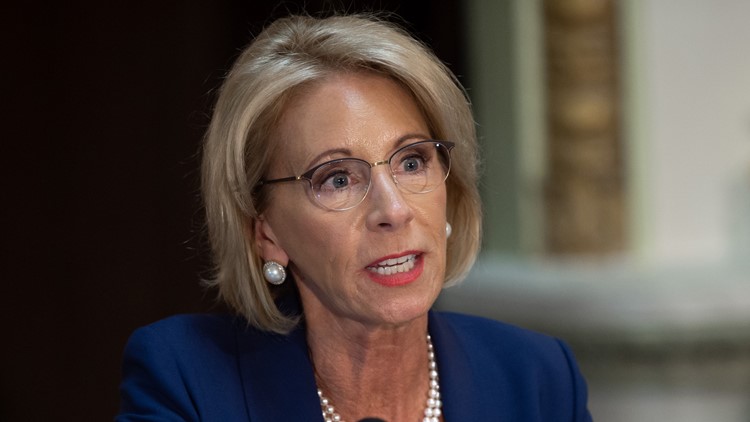 Photo by: SAUL LOEB
US Secretary of Education Betsy DeVos speaks during the fifth meeting of the Federal Commission on School Safety in Washington, DC, August 16, 2018. (SAUL LOEB/AFP/Getty Images)

WASHINGTON (AP) — A federal court has denied a request to further delay an Obama-era regulation that helps students defrauded by for-profit colleges get their student loans forgiven.

Julie Murray, an attorney with Public Citizen who represents defrauded students, says the policy that has been delayed since July 2017 has now gone into effect.

Murray adds, "The rule is finally in effect. No more excuses."

U.S. District Judge Randolph Moss ruled last month that the decision by Education Secretary Betsy DeVos to delay the regulation was unlawful. On Tuesday, he denied a motion by an organization representing for-profit colleges in California, to further postpone it.

With the rule in effect, tens of thousands of students whose schools were closed mid-program or shortly after graduation, will become eligible for automatic loan discharge.