The best catch in college football Saturday didn't happen on the field, but in the stands. 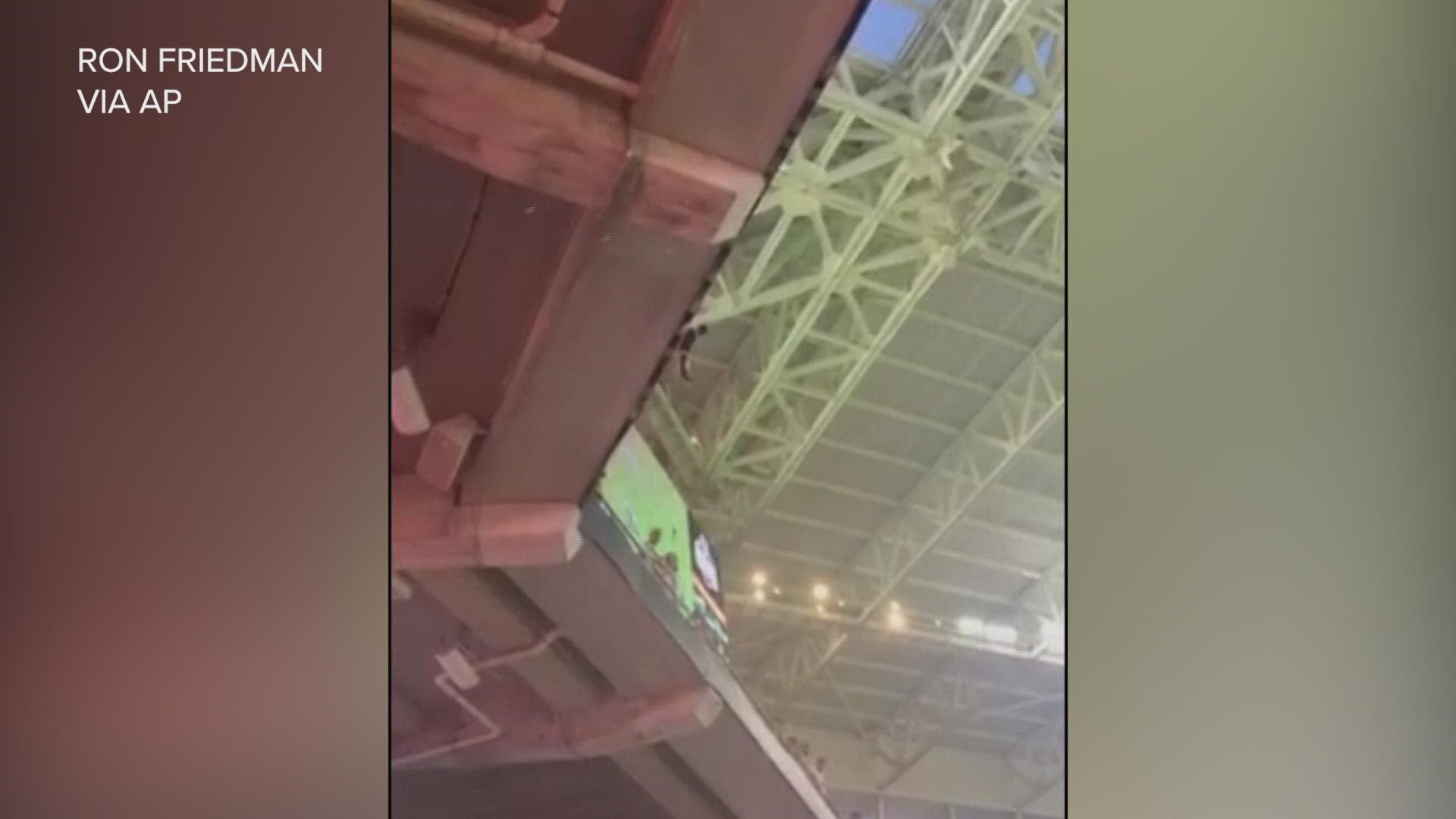 MIAMI GARDENS, Fla — The most notable catch in Saturday in during the game between No. 22 Miami and Appalachian State didn’t even happen on the field.

Wasn’t even a football. It was a cat.

The animal somehow got into Hard Rock Stadium, then got caught by one of its paws off the facade of the upper deck. It eventually fell to the lower level of the stadium, where fans using an American flag as a net of sorts were able to safely catch it before it was carried off to safety.

“They were trying to grab it from above and they couldn’t reach it but they were scaring it downward,” said Craig Cromer, a facilities manager at the University of Miami and season-ticket holder who with his wife Kimberly brings the flag to each home game. “It hung there for a little while with its two front paws, then one paw, then I was like, ‘Oh my goodness, it’s coming soon.’”

That’s when the Cromers unhooked the flag from the ties they use to keep it on a railing and hoped for the best. The petrified cat fell, bounced a bit off the flag and eventually was secured by some in the nearby student section before being brought away by stadium security workers.

“I don’t know anything about that or what was going on,” Diaz said. “But I’ll tell you, if the cat will help us in our red-zone offense I’m going to see if we can give it a scholarship.”

The cat was not showing any signs of injury. The Cromers, other than a spilled beverage and getting sprayed by the dangling cat, were otherwise fine.