A federal report says donations from Juul's political action committee represent a sharp increase over last year's total, and most of the money went to Democrats. 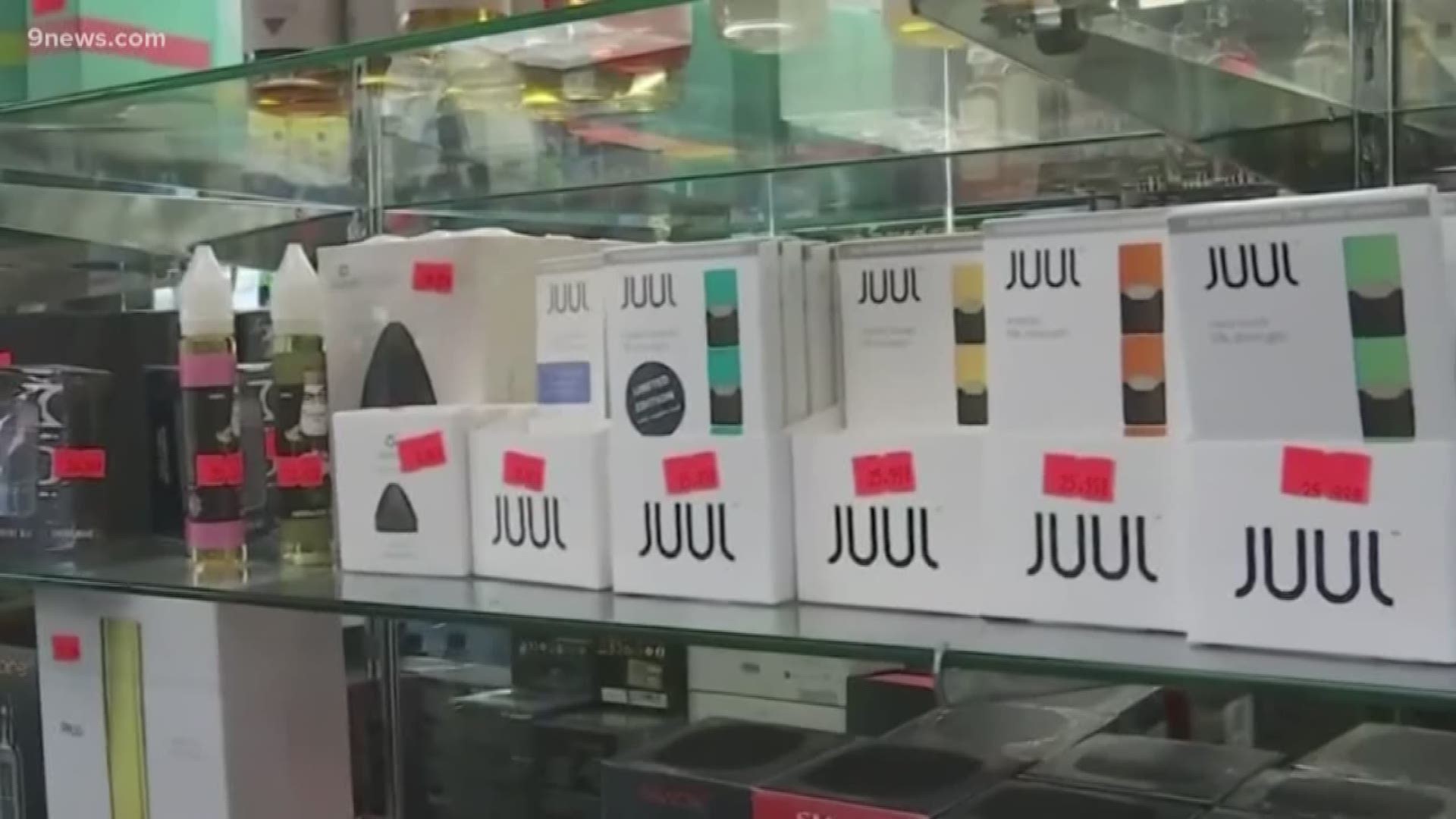 WASHINGTON — E-cigarette giant Juul Labs gave nearly $100,000 to members of Congress during the first half of 2019 as the company faced the bulk of the blame for a surge of underage vaping and calls for tighter government regulation of the industry.

The donations from Juul's political action committee represent a sharp increase over last year's total, according to a Federal Election Commission report released Thursday that shows most of the money went to Democrats.

The boost in contributions is the latest sign of the company's expanding influence operation in Washington and around the country. An explosion of underage vaping has put Juul in the crosshairs of a number of Democrats, who have charged the company's early advertising and marketing led to the current wave of vaping by American teens.

RELATED: Vaping suspected of causing 8 teens to be hospitalized in Wisconsin

Juul is ramping up its political giving as Congress considers legislation to raise the minimum age to purchase all tobacco and vaping products from 18 to 21.

Juul and cigarette maker Altria — which controls 35 percent of the vaping company — have backed a Senate bill that raises the age nationally. The bill does not include additional measures that anti-tobacco groups say are needed to curb underage use, such as banning flavored products and online sales.

The new FEC figures show that Democrats, who won control of the House during last year's elections, received $74,000 from Juul's PAC between January 1 and June 30 while Republicans received $22,500. Juul also gave $2,500 to a left-leaning group called VoteVets.

Ted Kwong, a spokesman for Juul, said in a statement that the company "strives to support candidates on both sides of the aisle" as part of its mission to "improve the lives" of smokers and "combat underage use."

Juul donated $2,500 to Rep. Sanford Bishop, D-Ga. Bishop has co-sponsored legislation to exempt most e-cigarettes on the market from health reviews by the Food and Drug Administration. Rep. Cedric Richmond, D-La., received $7,500, the largest donation to a single lawmaker. Richmond is co-chairman of Democratic presidential candidate Joe Biden's campaign and a former chairman of the Congressional Black Caucus.

The lone Senate contribution of $5,000 went to New Hampshire Democrat Jeanne Shaheen, who has called e-cigarette companies the "culprits of this epidemic" of underage vaping. Legislation introduced by Shaheen would force manufacturers to fund anti-vaping education and prevention efforts for teenagers through federal user fees.

Juul executives have said the company never intended its e-cigarettes to be adopted by underage teenagers. During a congressional hearing last week, Juul co-founder James Monsees testified that Juul developed its blockbuster vaping device and flavor pods for adult smokers who want to stop. "Combating underage use" is the company's highest priority, Monsees added.

Most health experts say that e-cigarettes are probably less harmful than traditional paper-and-tobacco cigarettes, which cause cancer, lung disease and stroke. But neither Juul nor any other e-cigarette has yet been approved by the FDA to help smokers quit.

Juul has assembled an extensive network of lobbyists amid mounting concern over e-cigarettes and warnings from the FDA that regulatory steps may be inevitable to combat what public health officials and anti-smoking groups have described as an epidemic of youth vaping.

The company also has become a generous political donor, giving tens of thousands of dollars over the last 18 months to candidates for state and national offices as well as political organizations, according to the Federal Election Commission data and state campaign finance records.

During the first half of 2019, Juul spent $1.9 million on lobbying Congress, the White House and FDA as the company expanded its pool of Washington insiders with ties to Republicans and Democrats in positions of authority.

Among those lobbying on Juul's behalf are Jim Esquea, who worked during the Obama administration as an assistant secretary at the Department of Health and Human Services, and Ted McCann, who was a top policy aide to former House Speaker Paul Ryan. Juul hired Fulcrum Public Affairs in January, adding to its lobbying ranks former aides to Obama-era Labor Secretary Hilda Solis and Rep. Maxine Waters, the California Democrat who chairs the House Financial Services Committee.

In California, where Juul is headquartered, the company has donated close to $99,000 since early last year to members of the state legislature, political action committees and committees set up to influence the outcome of ballot measures.

About a third of the money went to Assemblymember Adam Gray, a Democrat from Merced who chairs the powerful Governmental Organization Committee. Gray's re-election campaign received $8,800 from Juul and the company gave another $25,000 to Valley Solutions, Gray's ballot measure committee.

Legislation introduced by Gray and other assemblymembers earlier this month to curb youth use of vaping products was criticized by the American Cancer Society's Cancer Action Network as an industry-friendly measure that should be called the "Juul Market Share Protection Act."

Despite Juul's commitment to keeping its products out of teen hands, the company has fought in California and other states against legislation that anti-tobacco groups have argued would help to move toward that goal.

Juul and the Vapor Technology Association, a trade group that lists Juul as a platinum member, opposed a California bill that would have banned flavored tobacco products, arguing such a prohibition would only hurt adults trying to quit smoking.

Juul and Altria lobbyists in Arizona supported legislation to raise the minimum buying age for tobacco products and e-cigarettes to 21 but which included language that would bar cities and counties from imposing regulations on tobacco and e-cigarettes. Local governments often impose stricter rules than the state does. In Montana, Juul opposed measures to require convenience stores that sell e-cigarettes to keep them behind the counter and to apply the state's tobacco tax to e-cigarettes.

Juul didn't testify against the tax measure in Montana, but several Montana vape shop owners did.

"Taxing a product that helps people? I don't see the point in that," said Ron Marshall of Freedom Vapes.

RELATED: FDA to teens: Vaping can be addictive