Dog befriends baby giraffe that was abandoned at birth

'Jazz the giraffe' was abandoned at birth, but he's got a new four-legged friend watching out for him now. 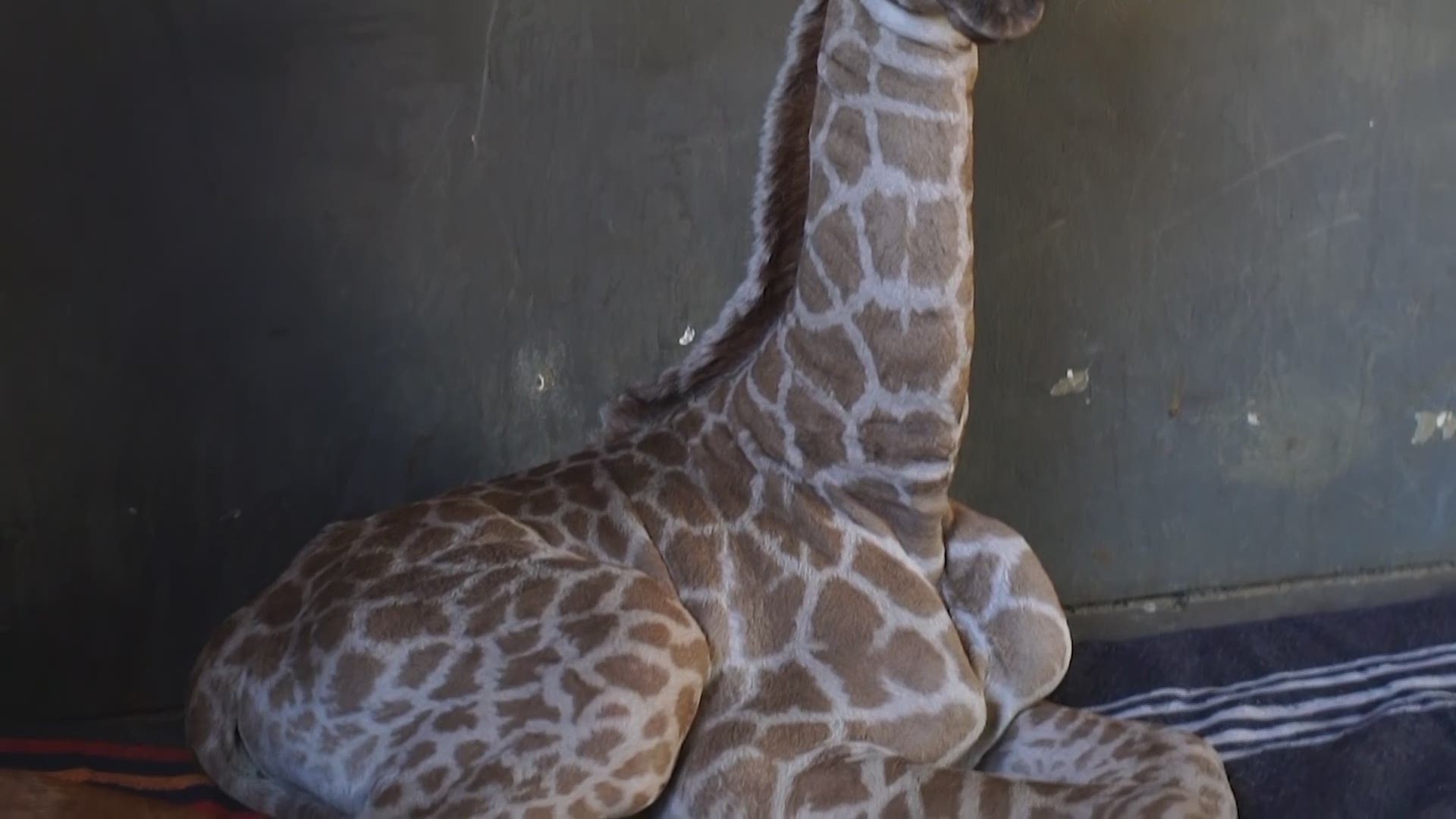 MOKOPANE, South Africa — A dog in South Africa has befriended a baby giraffe that was abandoned at birth, rescued and taken to a local orphanage.

Jazz the giraffe arrived at The Rhino Orphanage just days after birth. A farmer found him in the wild, weak and dehydrated, and called the center for help.

Resident watchdog Hunter quickly began to care for the newcomer.

RELATED: It's a boy! April the Giraffe gives birth again

She says the baby giraffe had been given IV fluids and is doing much better. He is being fed milk and is trying to eat leaves.

“Possibly soon he will be able to go home,” she said Friday.

Credit: AP
Hunter, a young Belgian Malinois, keeps an eye on Jazz, a nine-day-old giraffe, at the Rhino orphanage in the Limpopo province of South Africa, Friday Nov. 22 2019.