Divers spot giant jellyfish that's as big as a human

A massive jellyfish appeared as two divers were exploring off the southwestern coast of England. And it was all caught on camera. 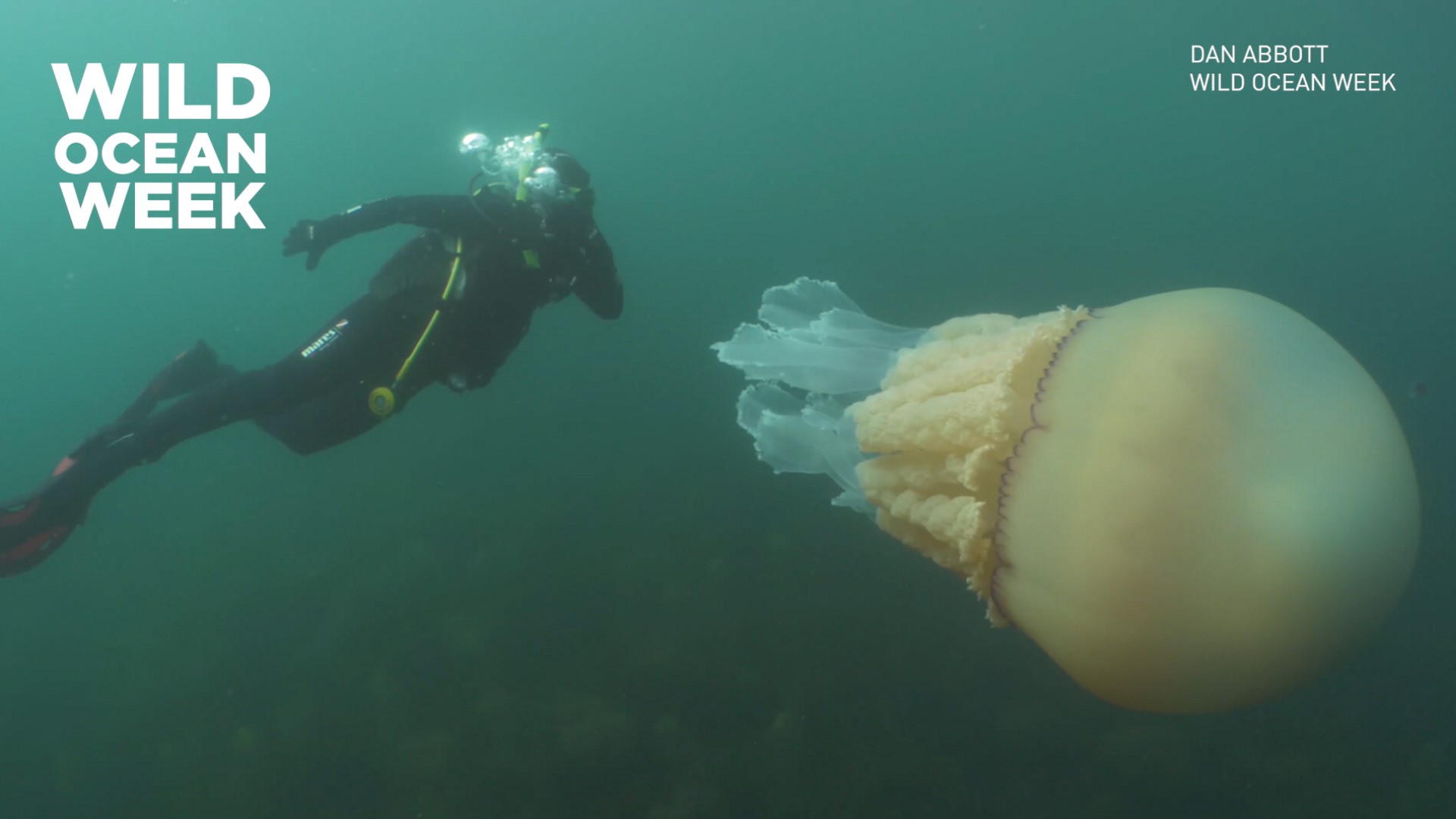 Two scuba divers came across an incredible scene when they spotted a jellyfish that was as large as a person.

Lizzie Daly, a wildlife biologist and Swansea University Fellow, was exploring the waters off the southwestern coast of England when a barrel jellyfish appeared.

Daly explained in her video that she'd never seen a barrel fish or any jellyfish that big and it was the same size as her.

"Out of the murky water came this gentle giant. It was incredible. It was like a massive boiled egg," Daly described in an interview with CNN about the human-sized jellyfish.

The dive was part of her "Wild Ocean Week" campaign raising money for the Marine Conservation Society. The incredible scene was recorded by another diver, Dan Abbott.

The barrel jellyfish is the largest jellyfish found in the waters around the United Kingdom and typically can grow up to nearly 3 feet in diameter, according to The Wildlife Trusts.

And while coming across such a big jellyfish would surely surprise anyone, Daly told the Guardian it was "such a serene, grounding experience" to swim alongside the "gentle giant."