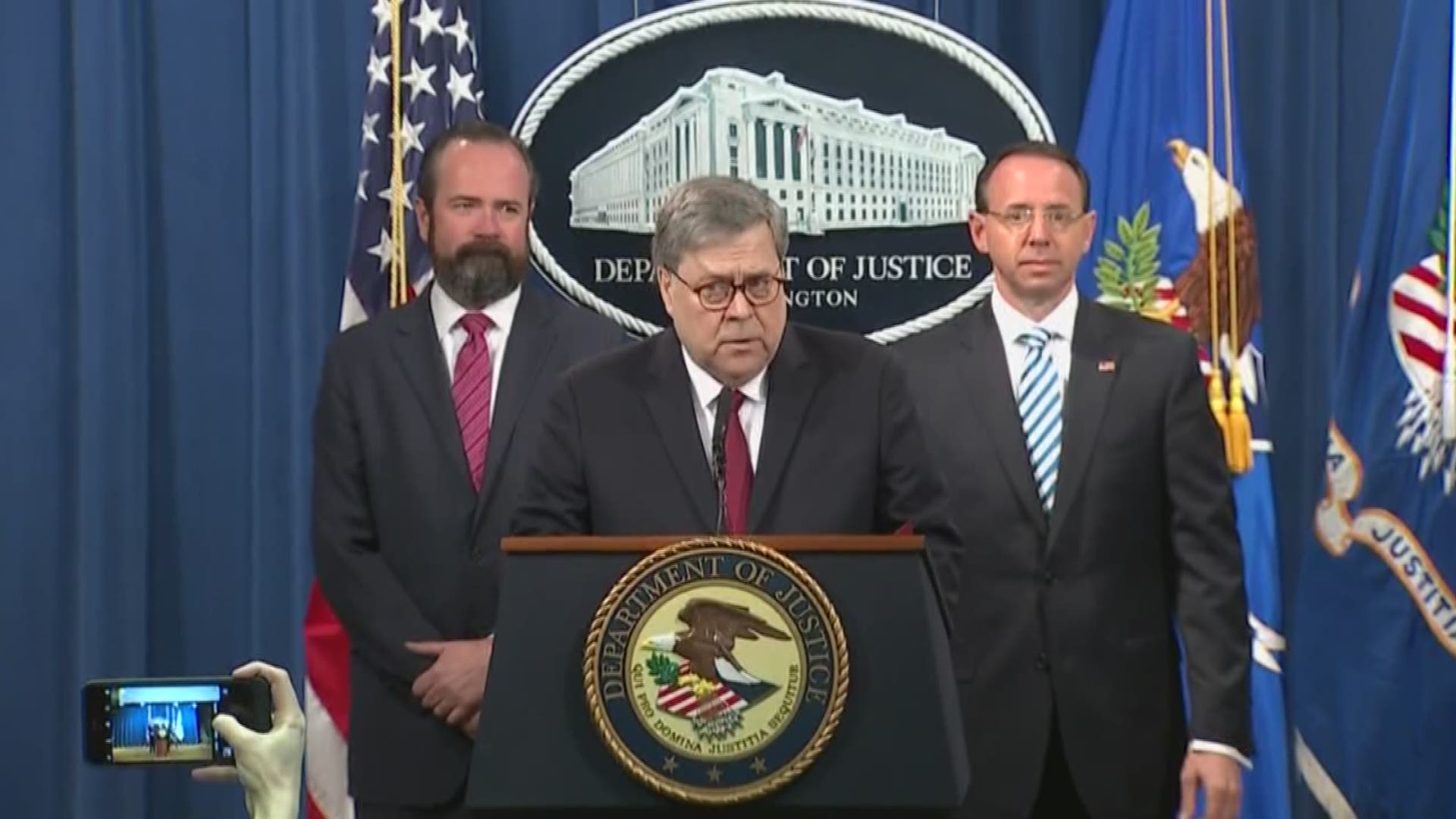 Democrats took to Twitter Thursday to criticize Attorney General William Barr and the Justice Department after Barr spoke about the release of the special counsel's report.

They accused Barr of spinning the report on Russian influence in the 2016 U.S. presidential election to be more favorable to Trump and called for special counsel Mueller to personally testify.

House Speaker Nancy Pelosi and Senate Minority Leader Chuck Schumer say there's a big difference between Barr's description of Robert Mueller's report and what the 448-page document actually reveals. Their joint statement suggests that Democrats are prepared to press the obstruction issue even as the presidential election season approaches.

Pelosi and Schumer say the "differences are stark" between Barr's account of the report's findings and the report itself.

The White House and President Trump responded to Barr's announcement with tweets of their own:

President Trump tweeted an homage to HBO's hit show "Game of Thrones" with a graphic that read "No Collusion. No Obstruction. For the the haters and the radical left Democrats-- Game over."