Wearing gear from the competition, Paradise football team reunites on the field

The score didn't matter. To the Paradise community, these boys were a symbol of strength. 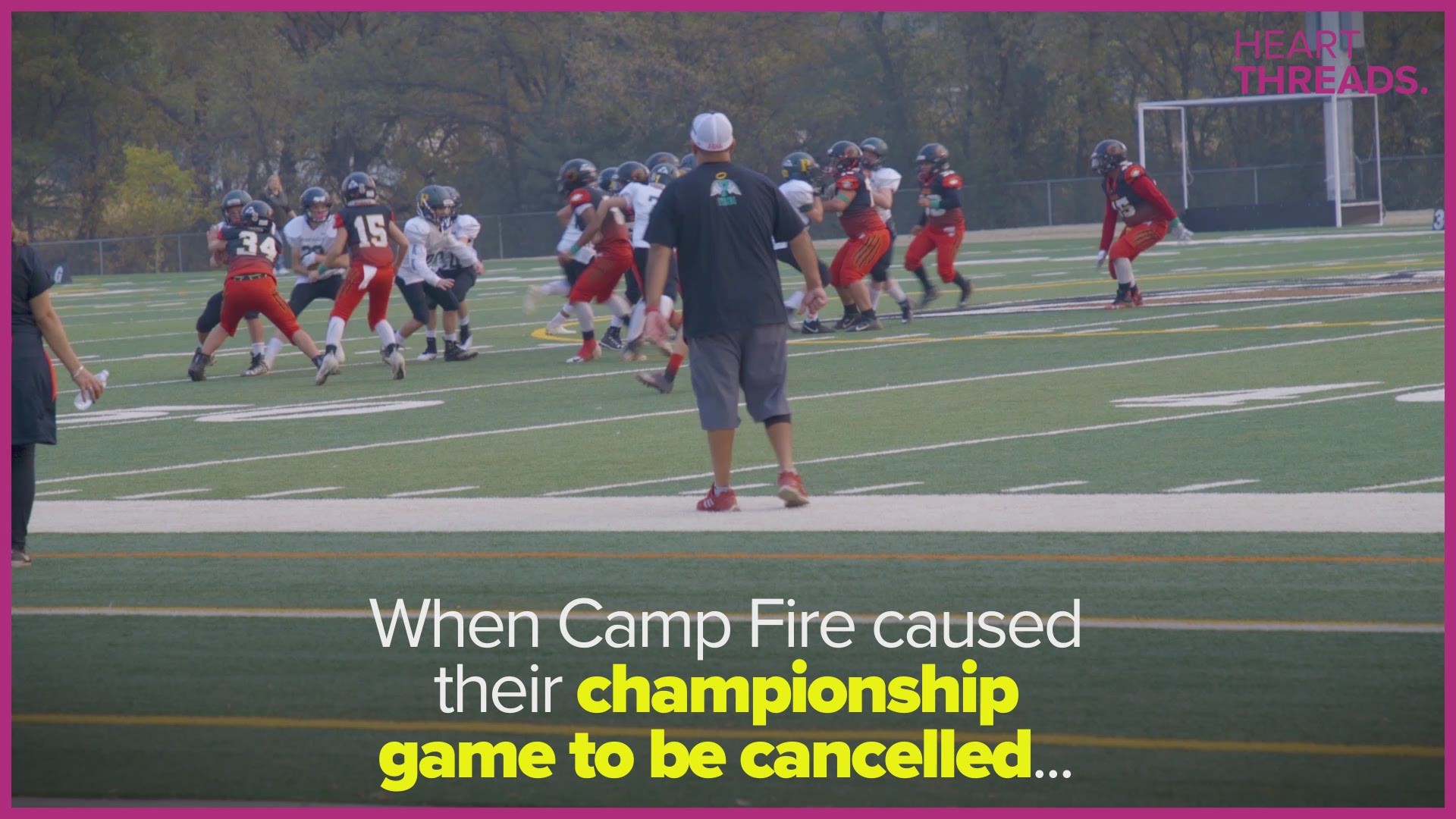 In their escape from Paradise, the boys and their families had been dispersed across northern California. Many of them lost their homes.

But they were resilient. With smoky air and a blazing orange sun, player by player arrived at the Red Bluff School’s football stadium. Soon, the entire football team was complete. They were not going to miss this game.

For many, it would be the first time seeing their teammates since the fire began.

“It meant a lot to the kids. They really came together, even though we’re spread out all over California, from Stockton to the bay area to Redding, we were able to get all the kids together,” said team mom Thea Baker, who lost her own home in the Camp Fire.

Many player’s uniforms hadn’t survived the flames. So, in the true name of sportsmanship, the River Valley team, another competitor, donated football pads, cleats and jerseys to the Paradise boys.

“(River Valley) is close to our same colors that we have so they were able to ahead of time, get all the numbers as close to ours as possible,” Thea said.

Like most sporting events, the football game served as a place for the community to gather.

While cheering on their kids, onlookers embraced, shedding tears and asking “Did everyone make it out okay?” and “Is your house still there?”

As the game continued, Paradise’s score remained at zero while Red Bluff scored touchdown after touchdown. At halftime, it was 45 to 0.

But that didn’t matter. To the Paradise community, the boys were a symbol of strength.

“It’s been really encouraging to the kids… it took a lot to get here,” said Thea. “So, even though they really wanted to win… they really won just by making it.”