These 'cowboys' have saved thousands of animals from California wildfires

The Cowboy 911 Facebook group grew from just a few members to more than 19,000 and has led to thousands of animal rescues. 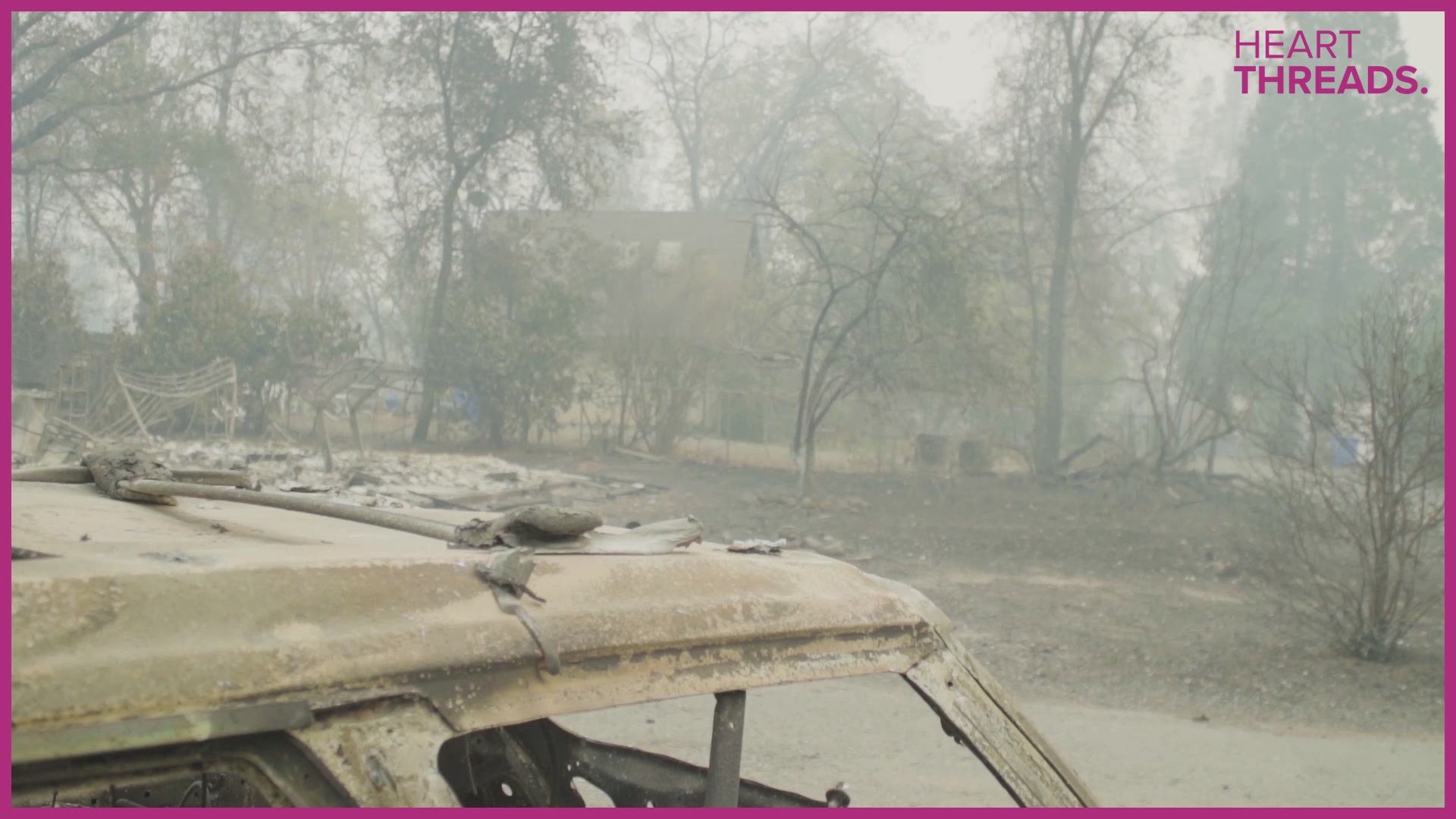 BUTTE COUNTY, Calif. — A typical morning for the people of Paradise quickly turned into their worst nightmare as the state’s most destructive wildfire blazed rapidly towards their town.

Around 8:30 a.m. on Thursday, November 8, what seemed to be a small fire miles from Paradise traveled at incredible speeds, burning everything in its path. Residents were given little, if any, notice to evacuate immediately.

The people of Paradise had to literally run for their lives. Many escaping with just the shirt on their back. In the frantic chaos, residents had little time to gather their beloved possessions. Some couldn’t even return home. Thousands of animals were left behind.

The Facebook group turned volunteer group has been going into areas devastated by fires and finding all types of animals, from hamsters to horses, in hopes of reconciling them with their owners.

“When people lose everything, maybe all they have left is their dog or their cat or their horse or their tortoise and that animal is what brought them happiness in their life before such tragedy struck,” said Justin.

Justin Jones first created the Facebook group in after he came across and helped an elderly couple stranded due to a flat tire. He knew rather than force the couple to wait as they did until he arrived, they could’ve asked for help from the nearby community. He personally knew five men who would’ve been there in five minutes to help if they knew someone needed it.

He created Cowboy 911 as a place for people to both ask for and provide help. The group’s core principle of being a good person hit a chord with people, and it has now grown from just a few members to more than 19,000.

Justin is incredibly proud of the group. But he by no means will take any credit. To him, he’s just a guy with a smart phone. All its success is due to the kindness of its volunteers.

So when the Car Fire blazed, people knew where to go to volunteer. The group was especially relevant to Justin’s strong agricultural community. With hay, trailers and experience, they had the means to find and rescue displaced animals either large or small.

“It’s absolutely overwhelming to see this amount of people willing to help their neighbors because that’s all I ever really wanted on this Facebook group was to get back to neighbors helping neighbors.”

The group has continued to serve as a place for people to help others. But for Justin, the group’s involvement in the Camp Fire has changed his perspective on humankind.

“People are good and people want to help. A lot of times we’re scared to help. We’re scared of getting scammed or hurt or taken advantage of,” said Justin. “People don’t want to have to ask for help. If they’re asking, they need it. Fill the need. Find the need and fill the need.”

The Camp Fire traveled so fast that many were not able to return home to rescue their pets. Cowboy 911 is filling the hole in their hearts as they search for their beloved four-legged family members. So far, they’ve rescued thousands of animals.

“I’ve had the opportunity to reunite several owners with their pet. You get to see such a relief to a lot of people. Their animals are their family. To bring that back to them and to be able to see that joy come back to somebody that has just lost everything… that’s pretty heartwarming,” said Justin.