Unwined is a gathering place for a community unlike any other, especially when tragedy strikes 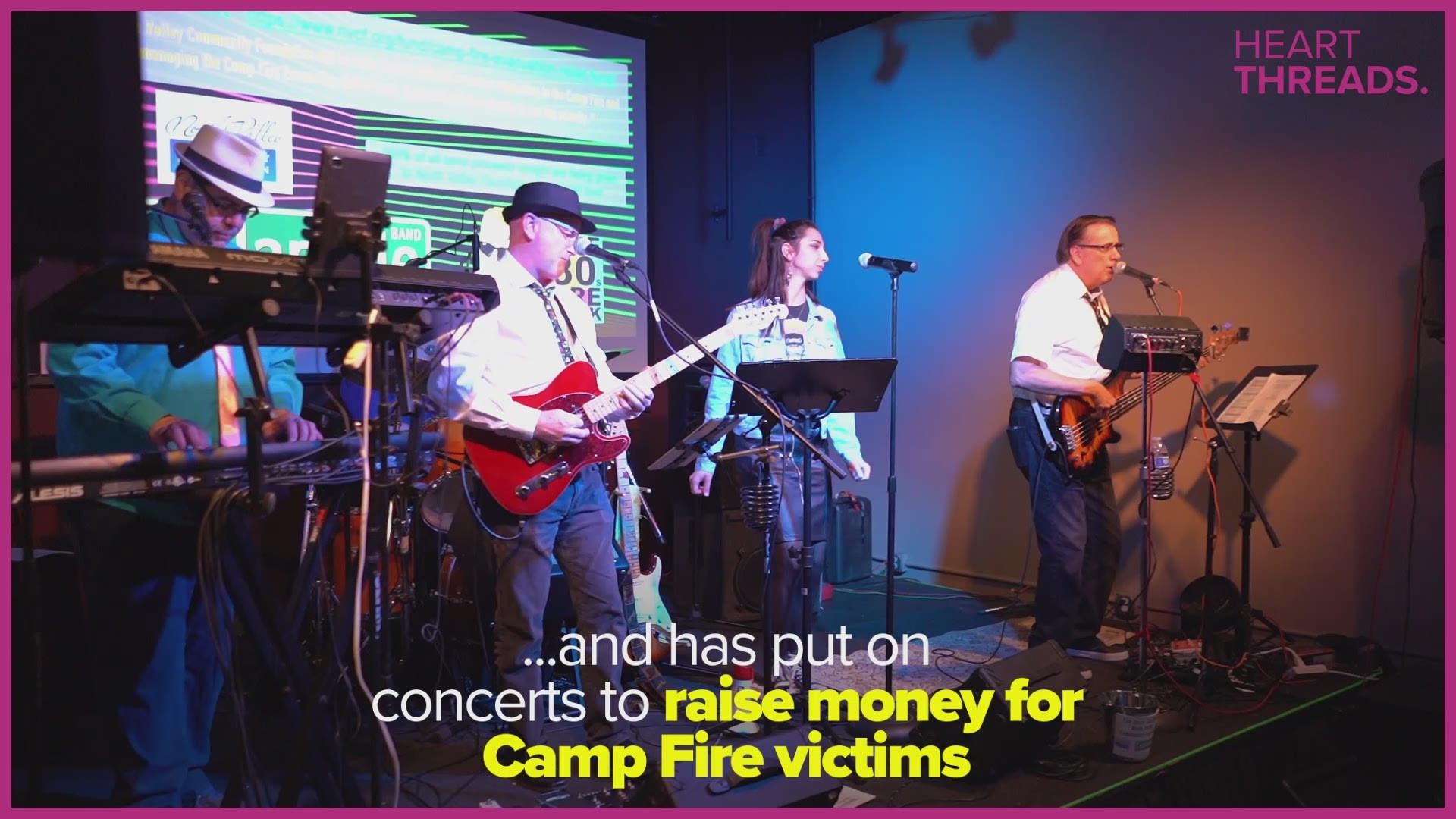 CHICO, Calif. — Through the power of music, laughter and food, a local restaurant is helping heal their community.

Melinda Kennener grew up in Paradise. As a young girl she recalls walking through the pine trees to attend the town’s small Catholic school.

Like much of Paradise, that structure no longer stands. All that remains is ash as it burned down in the deadliest fires in California’s history.

Melinda had moved 20 minutes south to Chico where she and her husband created the popular restaurant Unwined. On any given weekend the restaurant is packed, especially when a band is playing.

Knowing the talent of the local Chico music scene, the Kenneners converted the restaurant’s former side deli into a venue. If you arrive at 8 p.m., you may be lucky enough to get a seat. Once the music starts at 9, there’s standing room only – with many joining the dance floor.

Unwined is a gathering place for a community unlike any other, especially when tragedy strikes.

“People just bond here. We’re very close knit and give back to each other,” said Melinda. “It’s just in our blood and we’ve continued to give back to the community.”

With her beloved childhood hometown in flames, Melinda decided to do everything in her power to help provide healing and relief.

The restaurant began contributing hundreds of meals to firefighters battling the blaze. But more than the heavy smoke setting in on Chico, Melinda and her community were affected by an overwhelming sadness.

Many of Unwined's scheduled bands decided to cancel, not wanting to play or celebrate as evacuees poured into Chico. Then, various band members had an idea – donate all proceeds from the night to wildfire relief.

Melinda was game. She had no idea the evening would raise thousands of dollars to help wildfire relief funds.

“They played for three or four hours and people were just pouring in,” recalled Melinda. “People were like, ‘Hey I heard you guys were doing something.’ And they were just dropping money.”

The music provided a place of relief. For many members of the community, it was the first time they smiled or laughed in the last week.

“I hope the biggest thing we can offer is a bit of peace,” said Melinda. “I can’t imagine what they’re going through so for us we just want to give a little bit back and have smiles, give somebody a hug, a laugh, because it has not been easy to laugh. So people need a place to come relax.”

Unwined has continued to host Chico musicians and hopes to provide a place to celebrate the strength of their community during such a trying time.