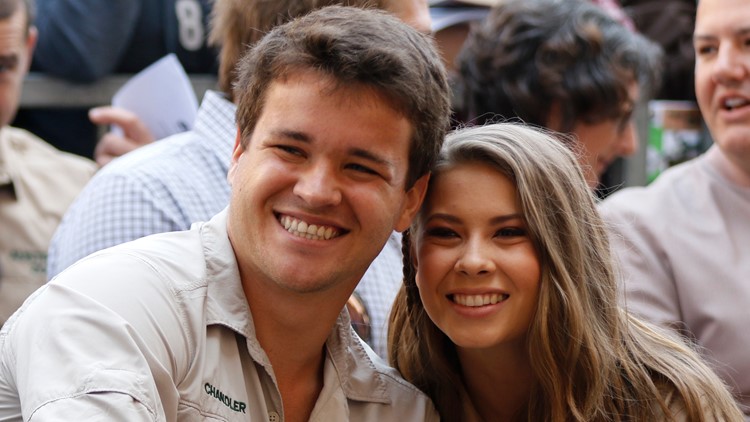 On Wednesday, the Australian wildlife conservationist and daughter of the late Steve Irwin announced on Twitter that she was engaged to Chandler Powell, her boyfriend of six years.

"On my birthday I said 'yes' & 'forever' to the love of my life," Irwin tweeted. "Here's to a lifetime of friendship, purpose & unconditional love."

The television personality's tweet included photos from the proposal.

Powell, a professional wake-boarder from Seffner, Florida, also shared his excitement over the engagement on Twitter.

"She said YES!," Powell tweeted. "Almost 6 years ago we met at Australia Zoo. I immediately fell head over heels for your kind and thoughtful heart that radiates so much light. I love you more than anything in this world and I always will. Forever together sounds perfect."

Irwin told PEOPLE that she couldn't be happier to have found a partner who shares so many of her father Steve Irwin's qualities. Steve was a wildlife conservationist himself who hosted the television series "The Crocodile Hunter" before he died in 2006 from a stingray injury.

RELATED: Watch what happens when this concert pianist plays for abused elephants

Bindi's mother and co-star in the Animal Planet series "Crikey! It's the Irwins," Terri Irwin, congratulated the couple on Twitter.