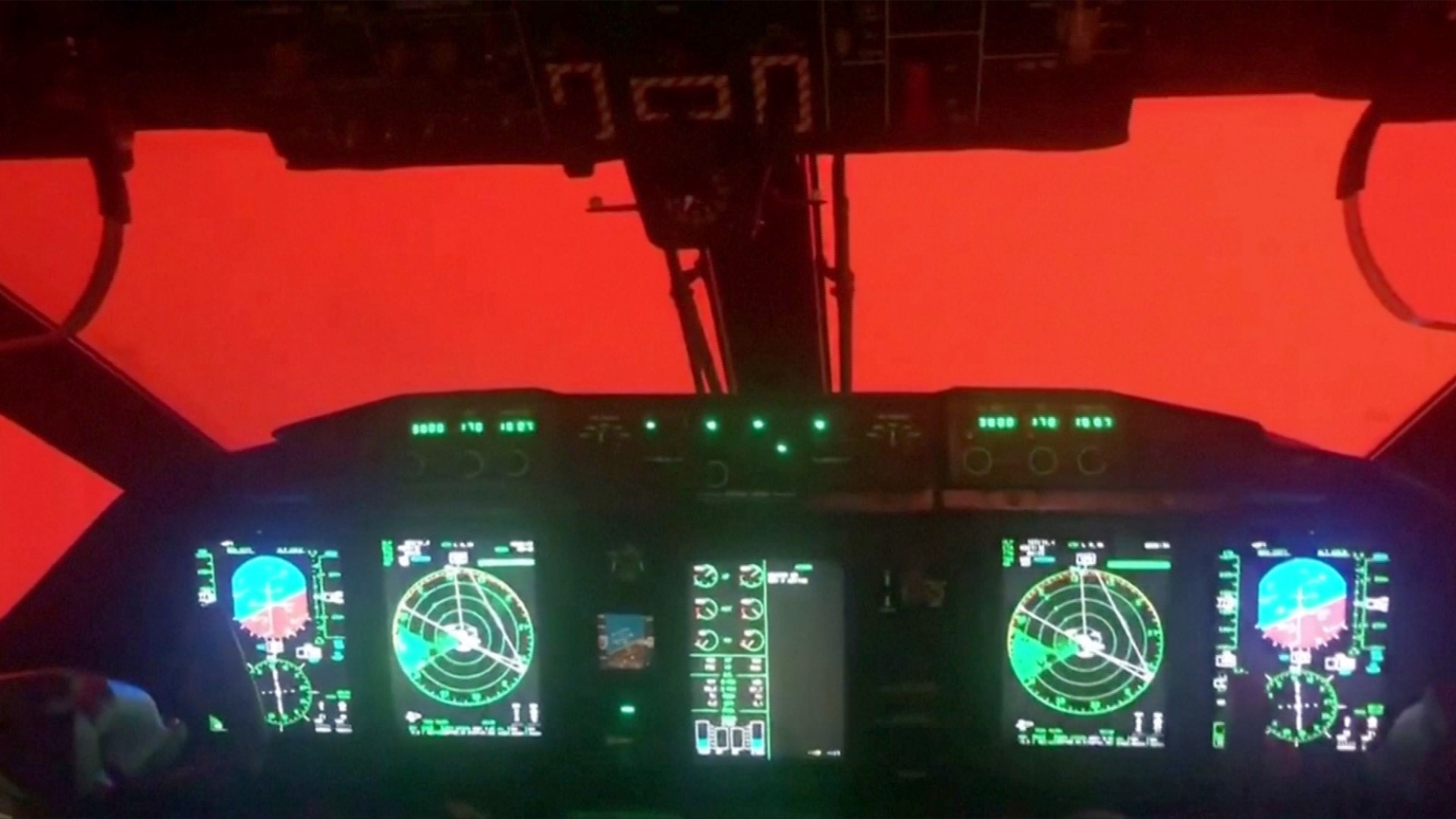 Newly released video from the cockpit of an Australian Air Force C-130 shows how the bushfires that are torching that country are affecting the ability to get resources to and from the fire zones.

The video shows an eerie orange glow outside of the cockpit windows -- something you might encounter if you were visiting Mars.

Australia's 9NEWS reports the plane was trying to reach one of the hardest-hit towns. But the smoke from the fires combined with the glow caused by the flames often leads to zero visibility.

"Our people are highly trained & professional, but not always able to complete the mission on first try," Air Vice-Marshal Joe Iervasi wrote in a tweet along with the video.

He said the smoke prevented some aircraft from reaching the town of Mallacoota in Victoria and Merimbula in New South Wales.

9NEWS reports military aircraft have been transporting firefighters into the affected region and evacuating people stranded there.

Exhausted firefighters are racing to shore up defenses against Australia's wildfires before scorching temperatures return in a few days.

Cooler weather was giving a reprieve as firefighters worked on containment lines and military personnel worked to evacuate and aid residents in burned or at-risk areas. But after Australia's hottest and driest year on record, the rain wasn't enough to dampen fire risks.

The first hints of the financial toll from the disaster are emerging, with the Insurance Council of Australia saying the estimated damage bill had reached 700 million Australian dollars ($485 million).

Nick Perry and Kristen Gelineau of The Associated Press contributed to this report.