Halyna Hutchins, 42, identified herself as a “restless dreamer” and “adrenaline junkie,” and grew up on a Soviet military base in the Arctic Circle. 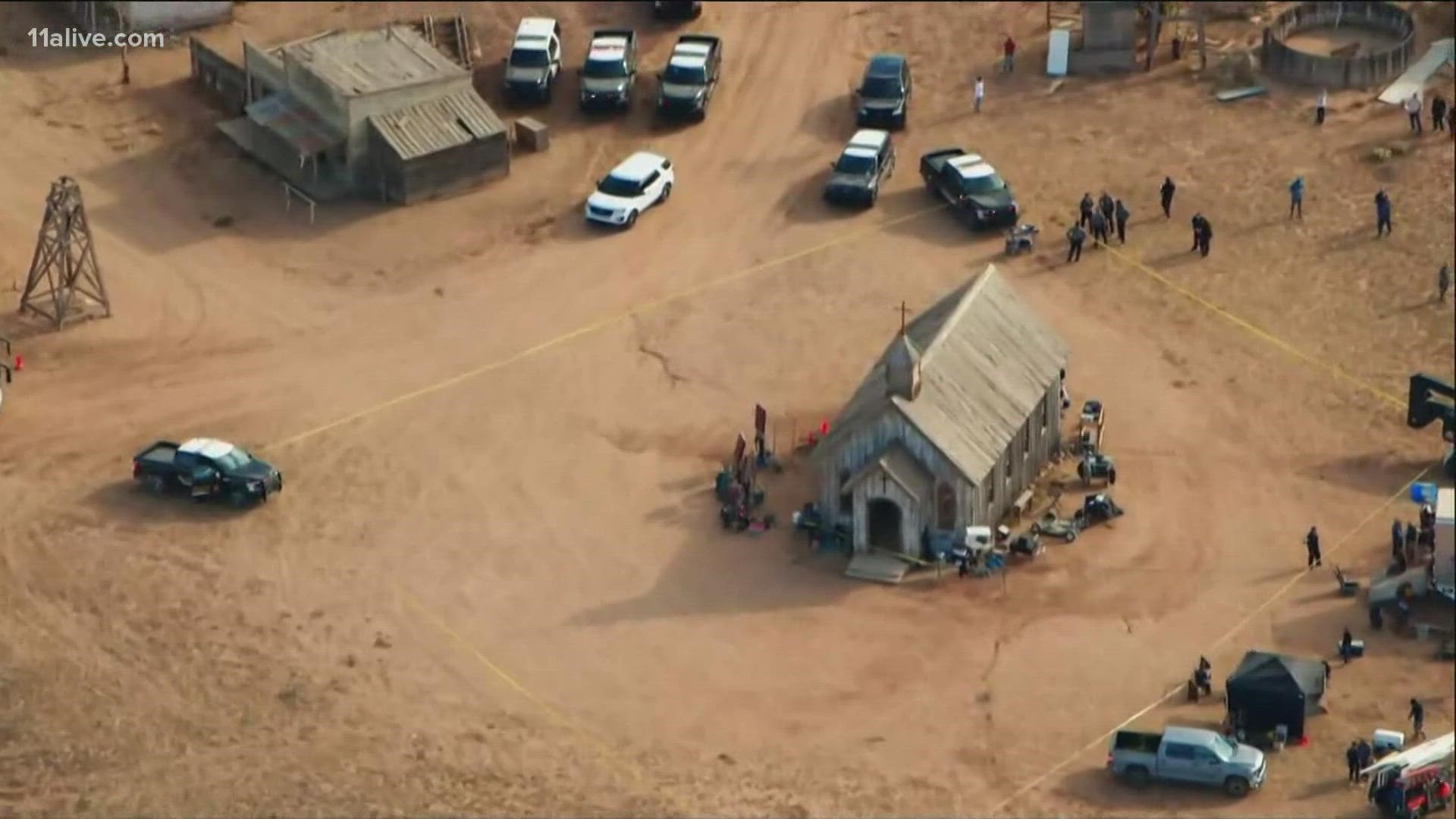 Halyna Hutchins, the cinematographer who was fatally shot by Alec Baldwin, traveled far during her 42 years. She grew up on a remote Soviet military base and worked on documentary films in Eastern Europe before studying film in Los Angeles and embarking on a promising movie-making career.

Hutchins was shot with a prop gun Thursday on the set of the Western “Rust” near Santa Fe, New Mexico. Court records released Friday indicated that an assistant director handed Baldwin a loaded weapon and told him it was safe to use. Detectives were investigating.

On her Instagram page, Hutchins identified herself as a “restless dreamer” and “adrenaline junkie.” In recent days, she posted several images from the set, including an early morning shot of a cloudy desert sky, a video of herself riding horseback during a day off and a photo of the crew gathered to express solidarity with union members. The members of the IATSE union were seeking a new contract and threatened to strike before a settlement was reached last weekend.

According to her website, she grew up on the Soviet base in the Arctic Circle and was “surrounded by reindeer and nuclear submarines.” She received a graduate degree in international journalism from Kyiv National University in Ukraine, worked on British documentary productions in Eastern Europe and graduated from the American Film Institute Conservatory in 2015. She is survived by her husband, Matthew Hutchins, with whom she had a son.

“She had an interesting background, and I think that made for a unique perspective on the world,” said one of her AFI teachers, Bill Dill. “She brought a wealth of experience to the movie-making process.”

In a 2019 interview with American Cinematographer, which named her one of the year's rising stars, she described herself as an “army brat” drawn to movies because “there wasn’t that much to do outside.” She would document herself parachuting and exploring caves, among other adventures, and through her work with British filmmakers, became “fascinated with storytelling based on real characters.”

After moving to the U.S., she took any production-assistant work she could find and explored fashion photography to learn more about the “aesthetics of lighting — how you create the mood, the feeling.” In 2013, she was accepted into a two-year program at the AFI Conservatory. The school's chair of cinematography, remembered her dedication to the craft.

“She was very thoughtful about the decision, and it was not an easy decision. All film schools are expensive and this was not an exception,” he said. “We were very impressed with her. I remember telling her, ‘You’re not going to have much time for your family in your first year at AFI.' And she understood that. She was really working hard.”

Stephen Pizzello, editor-in-chief and publisher of American Cinematographer and a close friend of Hutchins', said she had not only a “joyful spirit” but a strong sense of how to network in the movie business. She was “tireless in terms of improving her skills and being in the right places,” a regular at “industry events and parties.”

“Everybody liked her,” he said.

Before “Rust,” her credits included the crime drama “Blindfire” and the horror film “Darlin,” whose director, Pollyanna McIntosh, posted on Instagram that she was “the most talented, in the trenches, committed wonderful artist and team mate.” Director Adam Egypt Mortimer, who worked with her on the 2020 thriller “Archenemy,” said she had a powerful sense of confidence and an inspiring openness to challenges. He remembered a day on the set when an actor had to leave and the rest of the crew had to work around him.

“Halyna was excited,” said Mortimer, who recalled her asking if they would shoot the scenes "European style,” meaning that they would improvise.

Cinematographer Andriy Semenyuk, a fellow Ukrainian who met Hutchins a few years ago through friends, remembered how she welcomed him and brought him to some of her assignments. He called her a mentor with a “magnetizing” personality who stood out for her willingness to help others.

“I think the big deal about her in general, beyond being extremely talented — which is a given — is just her generous and really open personality,” he said. “In the film industry, which is super competitive, it’s not enough to have talent. It’s good to have this human, appealing personality.”